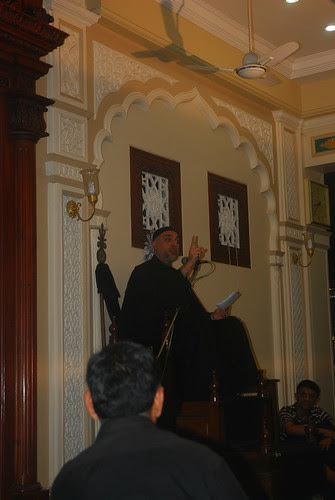 I was invited by Facebook friend Asad Virani who requested me to come and to shoot the majlis thereby spreading the gospel by peace , peace that is equally wanted by everyone including the haves and the havenots..

Peace is the message of Imam Hussain..

If I had an army of 72 soldiers of Hussain,I would have achieved freedom for India in 24 hours...Mahatma Gandhi Father of the Nation..

So peace is the core essence of mans quest on Earth..irespective of cultural differences , color caste or creed ..Hussain is Humanity a single Voice against tyranny barbarism and oppression.. Man was born free and needs to be free of the despots of the world..

Maulana Sayyid Naqvi is a brilliant orator but what touched me and the audience was his sense of humility, he wants to learn more than he wants to preach..he rekindled hope where hope lay buried in conceit and arrogance in mans mind..and though I dont take notes and only shoot pictures I give you the gist of his lecture the first one , and this will continue for 10 days at the Bandra Shia Mosque dont miss it..

And this post is dedicated to him and his humility of soul mind and spirit.

My jewelery collection and Marziya.. 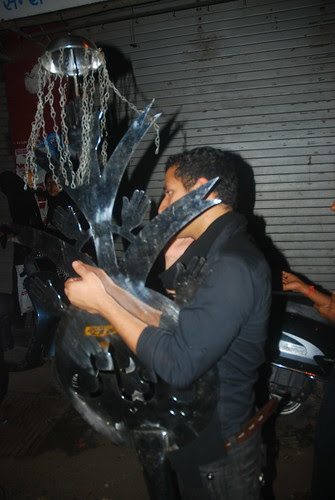 With this picture I complete the Guru Nanak Park juloos series of 405 pictures at my Flickr photo stream.. it was really a tiring and painful process completing this because of my uploading problems with my service provider You Telecom.

Lying On The Floor to Shoot Pain Lying On The Floor to Shoot Pain, originally uploaded by firoze shakir photographerno1.

Shooting the Dark Side of the Moon 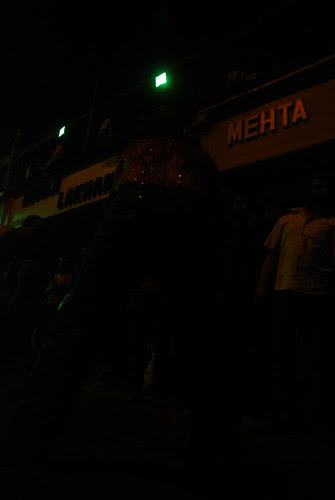 Shooting the Dark Side of the Moon, originally uploaded by firoze shakir photographerno1.

Dont Ask Me Why I Shoot What I Shoot 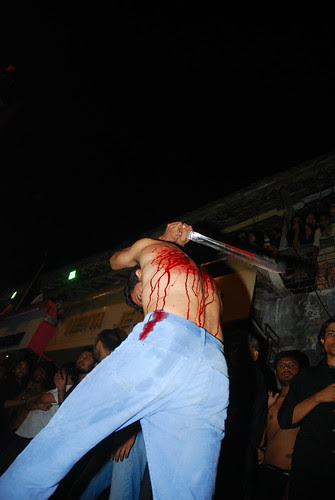 Dont Ask Me Why I Shoot What I Shoot, originally uploaded by firoze shakir photographerno1.

I am lying beneath his feet on my back a few inches away from the point and the stroke of his bleeding sword and weeping back.

Dedicated to Maulana Sayyed Ali Naqvi
Lecturer and ex principal of Hauza of Birmingham..
who is reciting Majlis in English at Bandra Shia Khoja Mosque
8.15 pm for 10 days dont miss it ..

My Continuing Upload Problems You Telecom 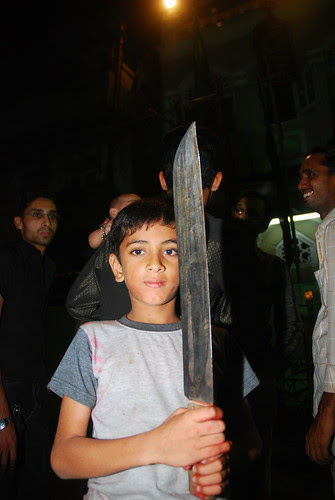 He was the smartest kid at the Guru Nanak Park juloos , he had scourged himself at Almeida Park and was sitting besides me and Marziya near the Bandra Shia Khoja Mosque..and this is the sword that the boys of Anjumane Mehndi used when the juloos ended , this was one hell of a sword , it sent almost three guys to the Bhabha Hospital for stitches.

My uploading problems continue in 2 hours I have managed to upload 4 files to my Flickr photo stream out of 87 that I had placed on the Flickr uploader..

I sent them a message again after I came home shooting a Majlis in English at the Bandra Shia Khoja Mosque just now..

Your technician had come home and done the necessary changes , at 30.30 pm , I was told to connect after 6 pm as your server was down, but I am sorry to say he has absolutely no solution to my uploading problems , I could upload only 4 files out of 87 that I had placed on the flickr.com uploader in two hours , and earlier I never ever had uploading problems using You Telecom ?Why Now.

I have sent a message to your technical department. too.

Why dont you resolve my issue instead of torturing me this way..

Thanking You
But not enough
Firoze Shakir 237303