This was shot by Marziya Shakir my grand daughter 2 years 11 month old who is recuperating from a viral illness called hand mouth foot disease a children s infection plaguing little ones , but her hands on the camera Nikon D 80 are as firm as ever and her pictures are always sharp, she shoots like a pro and more than the picture of the person she shoots his pain and the inner struggle of his human soul,, this is a karmic gift of her vision she shares through her pictures , I would rather exhibit her pictures than my own..

In a way she teaches me to Unlearn Photography.

And yes I taught her to shoot pictures with a blind fold ..shooting darkness and creating light.

Just plain simple kundalini unleashing minimalist made in India shot in India photography by a child who understand the camera better than a person 30 times her own age. 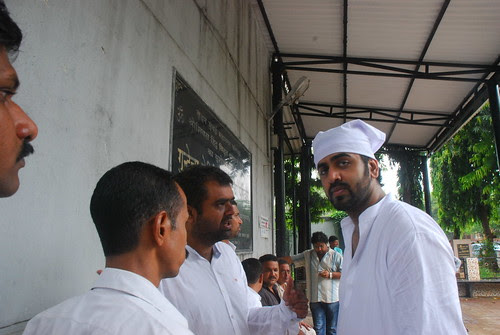 This morning I attended the funeral of Family friend producer and a good human being Mr Keshav Ramsay , he had died on 20 October but the funeral proceedings were kept in abeyance for Keshujis two sons who were to arrive from Toronto .

On their arrival all three brothers Dinesh Sagar and Mayur met relatives friends well wishers and most of all the erstwhile dedicated hardworking staff of DMS Films , the banner now rests in the able hands of Aryaman I am sure , the actor son of Keshuji.


I came here barefeet and was in the presence of Mr Raj Sippy Dadhooji who had seen Keshuji collapse and die of a sudden hear seizure at a relatives party.

He was rushed to the hospital but his time had come to leave for his heavenward abode.

All producers directors were here at Keshujis house to pay homage to his departed soul, but Bollywood bigwigs that had worked for Keshuji in his 13 films were all missing including Khatron Ka Khiladi Mr Akshay Kumar , and in a way Mr Akshay Kumar owed his Khiladi fame and fortune to Keshuji.

One man who was there in sadness was Mr Raj Kumar Santoshiji and his serene wife dressed in white.

Death touches us all and is the greatest equalizer in all respects ,,

There was no media no flash bubs I did shoot a few pictures to blog about the event and told this to Aryaman when I was leaving the crematorium.

All the brothers of Keshuii and his Ramsay biradri was there including his brother in law Surnder Wadhwani .

Mr Anil Sharma , Mr Ganesh Jain Shyam and Narinder Bajaj, The Shahs of Time Video, Rikkuji and any others.

The one person who appeared lost in great pain was Bhavesh , Mr Keshujis production manager he was weeping profusely and hoped that Aryaman and his brothers continue with the legacy of their dads film making..

So these few pictures at Flickr at my photo stream are memories of a sad day and the prayer meeting of late Mr Keshu Ramsay is at 5 pm 24 October Arya Samaj Khar.

He Is One Butcher of Bandra Who Will Never Forget Me 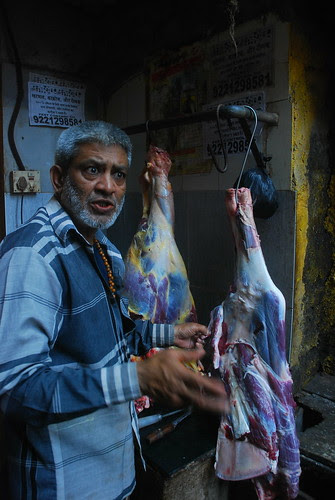 He Is One Butcher of Bandra Who Will Never Forget Me, originally uploaded by firoze shakir photographerno1.

Many years back I worked for a reputed fashion store at Bandra ,I was a good worker with all my uncut flaws and because I stayed at Colaba my good boss gave me family accommodation at Bandra very close to actor Mr Mithun Chakrovartys house.

I loved dogs Alsatians I had two of them Sasha and Asper .., Asper was a German thoroughbred and Sasha was a mixed breed Alsatian..

My food for them came from Nasir bhai the famous butcher of JJ Colony Bandra and I spent a bomb on them those days early 80s and I paid the butchers bill which was sometimes more than my salary too , till the Big Boss where I worked had a humble change of heart and raised my salary.


My dogs when I moved out of the job and the company spacious flat I gave away to Mr Hitendra Thakur or Appa Saab as he is fondly called by the residents of Virar.
Appa Saab is brother of Mr Bhai Thakur.

I gave away my huge fish tanks too to Appa Saab.

We moved away to Khar Danda a sleeping fishing village till lighting struck in the form of the 93 riots and changed the course of our peaceful lives completely.


And being human I still curse Late PM Narsimha Rao for not being able to take care of the Indian citizens both Hindus and Muslims who lost everything in life like us and I also blame the Maharashrtra than CM who smoked his cigar while our beloved city burnt and Mr Sharad Pawar who watched the mayhem..

So Babri Mosque for me is more a curse than a blessing, it is a Mosque that changed the destiny of a Nation dividng one body into two hateful parts and personally I think all the land in Ayodhya should be handed over to the Hindu brethren as a gesture of Humanity , let them build a temple to Peace and there should be no Mosque on the disputed site at all.

I reiterate this is the poet in me and being a Shia adherent our views are quite different from the majority members of the Muslim community is not part of this blog.

A Mosque that shamed the nation drove a nation to insanity is nothing but the worst reminder of a black day of our nation.

On the other hand demolishing the Mosque taking law in the hands and instigating people to riot is a criminal act that should never be pardoned for the souls of those who lost their lives unnecessarily.

This is my honest view , I saw the face of the sword the arson and than I saw the face of my little daughter when the rioters came to our house and we were saved by the Hindus of our area where we lived at Danpada Khar Danda.


I have moved away from the riots and my Flickr photo stream is the testimony of my Faith in my motherland India and a thread of the bulk of my pictures I call Hope and Hindutva a Message of Peace Hope and Humanity.

For the Sikhs and the Muslims its not easy to get rid of the scars etched on the porcelain flesh of our broken souls..some heal some live on for ever..

And this Butcher knows the story of my life my love for my dogs and no outstanding bills of the meat he gave my dogs everyday till they were with me.

And it is a strange story I recently visited Appa Saab Mr Hitendra Thakur at his office at Virar after almost 18 years or more he met me in humility but failed to recognize me he did not remember or know what had had happened to the dogs I had given him..

So every month when I go to pay my Internet bills at MTNL Office Bandra , I cut across through JJ Colony Bandra meet Nasir bhai and take his pictures and remember the tales of my past and my Dogs that Nasir bhai fed with his meat ..no left overs but prime meat at prime rates.


This was a blog without text I posted it yesterday and this morning words flowed from a broken water pot ..

When Your Screen Time Gets Over Incomplete Movie of Life 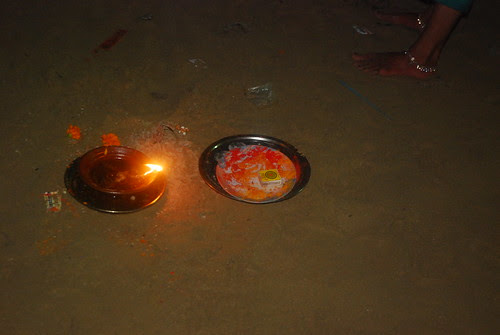 When Your Screen Time Gets Over Incomplete Movie of Life, originally uploaded by firoze shakir photographerno1.