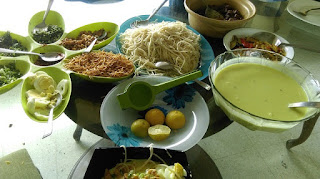 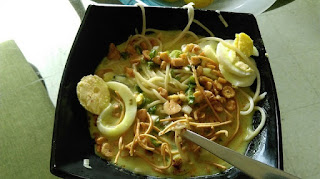 I was invited for lunch at Pali ,, a friend I was meeting for the first time after being connected to him on Flickr for several years ,, he is Pune based and was at his sisters place ,
The lunch was Burmese fare as my hosts sister in law is from Burma and has taught the cook of this house all Burmes dishes ..
The soup filled me up but my host insisted I have another bowl served meticulously by their cook Najma ,,
She added the right ingredients , the right amount of Coconut gravy,.. it was delicious to say the least .
We chatted a lot and after after spending two hours I returned home via the Bandra Bazar.
Recipe from net
1/2 onion, chopped 1 (1 inch) piece fresh ginger root, peeled and chopped 2 cloves garlic, chopped 1/4 cup water 1 (16 ounce) package rice noodles 1 quart lukewarm water, or as needed to cover 1 pound boneless, skinless chicken thighs, cut into 1/2 inch cubes salt and freshly ground black pepper to taste 3 cups chicken broth, divided 2 tablespoons chickpea flour 2 tablespoons vegetable oil 1 1/2 onions, halved and thinly sliced 1/2 teaspoon ground turmeric 2 teaspoons paprika 1/2 teaspoon cayenne pepper 1 cup coconut milk For Garnish: 1 lemon, cut into wedges 4 green onions, sliced on the bias, green and white parts 2 hard-cooked eggs, sliced 1 cup chopped fresh cilantro 1 dash fish sauce, or to taste (optional) 1 cup crispy fried rice noodles (optional) 1 pinch curry powder, or to taste (optional) Add all ingredients to list
Place 1/2 chopped onion, ginger, garlic, and 1/4 cup water into a blender and puree until smooth. Soak rice noodles in a bowl of lukewarm water for about 30 minutes.
Season chicken thigh meat lightly with salt and black pepper in a bowl and set aside. In a separate small bowl, whisk 1 cup of chicken broth into the chickpea flour. Reserve remaining 2 cups chicken broth for a later step.
Heat vegetable oil in a skillet over medium-high heat. Stir in chicken pieces and cook, stirring frequently, until lightly browned. Remove the chicken pieces with a slotted spoon and set aside. Reduce heat to medium and add 1 1/2 sliced onions to the pan. Cook and stir until onion has softened and turned translucent, about 5 minutes. Reduce heat to medium-low and continue cooking and stirring until the onion is very tender and dark brown, 15 to 20 minutes more. Stir in the turmeric, paprika, and cayenne pepper.
In a medium stockpot, combine cooked chicken and any juices that have accumulated, browned onions, onion and ginger puree, and remaining 2 cups of chicken broth. Carefully add chickpea flour and broth mixture, stirring quickly so that the flour doesn't clump.
Bring the pot to a boil; reduce the heat to low and simmer, uncovered, for 15 minutes.
Stir in the coconut milk and cook just until heated through. Divide the soaked rice noodles among 5 large soup bowls. Ladle the soup over the rice noodles in the bowls and garnish each bowl with lemon wedges, green onions, hard-cooked eggs, cilantro, fish sauce, fried noodles, and curry powder.
By Firoze Shakir Photographer No1 - July 24, 2016 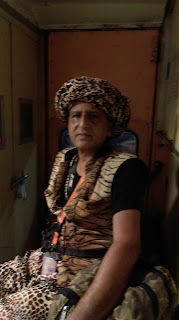 I have never used the Like button on Facebook as it is habit forming and and an insult to my fragmented intelligence ..
I don't won't ever re act to people's post .
But yes in all humility I thank those who read my posts and like my images ..
I may not use the like button but those few who are on my feed I comment on their posts with Nice or Cool..
I don't tag people unless I shot the person or his family . I don't poke men and I don't poke women .
I add people after seeing their profile I don't add Pakistanis simply because even if they were Shia s they would be shocked at my Hindu affiliation so why shock them and so I delete all requests .
I do have some Pakistani friends on my timeline and luckily they take my spiritual adventures without finding fault ..
Both my granddaughter s have Facebook and Twitter and Flickr accounts but I locked up the Facebook ones for good .
I find it strange what kick people get in tagging me ..I certainly won't add your posts to my timeline ..your aversions or even your political or spiritual perversions ..I am not interested ..
I also get Fucked mail stupid requests that make no sense .
These are my thoughts I thought of elaborating for those who added me recently without knowing the real me .
I am happy to bond with poets photographers artists ..and peace loving people. I respect your religion your view s but you don't need to shove it up my gullet it s certainly not a deep throat .
Now I will add a picture ..
By Firoze Shakir Photographer No1 - July 24, 2016 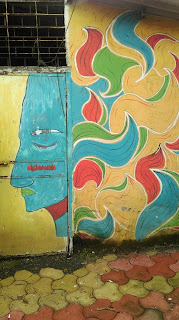 Thanks to the various wall artists some very famous celebrity in their own rights some faceless and some nameless have etched their inner angst emotions on the eponymous soul of Bandra .
And you need not be an artist to understand the introspective metaphor of their work..be it Anarkali Dada Phalke Rajesh Khanna Dev Anand all bought to life by a great connoisseur of Wall Art Ranjit Dahiya and I am not tagging him as this wall is not done by him ...but inspired by him ..he has inspired college kids to paint the walls at Bandra Hill Road ..
The walls that were once silent mute now talk voraciously and colloquially too ..Art is like Beauty in the eyes of the Beholder .
I am not an artist I paint with light I paint the silhouette of sordid silence but I have walked from Dadar till Mahim Mori road shooting the walls ..that are now a backdrop for the new migrants ..and what a contrast ..a painting incongruously holding the poor in its magical grasp .
I made my grandchildren both work with water colors ..to shoot Maya the graffiti artist from Switzerland who did the huge wall at Friends Society building.
A lot of people I spoke to don't like her work ..we Indians need vibrant bold colors bold themes I think but Marziya and Nerjis shot Maya at work holding to dear life on a power crane .
Bandra has been aptly poetized by Art on the wall that soothes the monotony of the human soul.
One day people will come to see Wall art ..and Bandra will be the first port of call ..and all this thanks to those great masters and pioneers of Bollywood Art Project .
So if you let your mind force it on a image on a wall you let open a dam of words ..surging across adding hope to a denuded script of Life .
By Firoze Shakir Photographer No1 - July 24, 2016