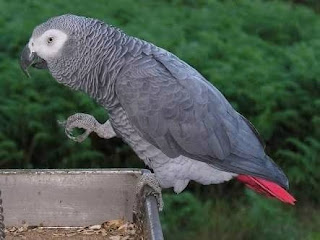 Mumbai has ingenious robbers thieves scamsters and the cosmic criminal mind at work a few steps ahead of the cops all the time .
I was at Shastri Nagar Santa Cruz and as I was stepping out of the rickshah a pet shop owner called me in to his shop I know him well I have bought a few pairs of Java Sparrows from him .
He looked troubled and dramatically began telling me his story his pet store was broken in a few days back in the wee hours of the morning ..from the CC Tv of the restaurant the police came to know the thieves had bought a tempo they unloaded empty sweet boxes and bangle boxes outside his shop they made a wall of boxes one of the guys wrenched the shutter without breaking the lock removed about 10 African Parrots Brazilian rare Cockatoos each costing about 5 lacs ..and the owner Banarsi Bhai told me that the milk dairy was open the restaurant had just opened its shutters but nobody realized there was a robbery going on at his store .
The CC Tv at the Milan subway signal has caught the image of the tempo and the cops have promised to get back his birds but he looked sad defeated and at loss ..I told him you had such expensive birds you should have kept a watchman or a CC TV in the shop and he nodded his head ..
So this is Mumbai a city that never sleeps ...and the robbers thieves don't sleep either .
I wished him all the best I did not shoot any images but he loooked relieved as I carry a press card on my pouch ..and I took this bird picture from Google images to complete this story .
I don't know if the newspapers have carried it or not ..I hope they do he has invested a lot of money on these birds and he is in vicious situation .
By Firoze Shakir Photographer No1 - April 01, 2016

Email ThisBlogThis!Share to TwitterShare to FacebookShare to Pinterest
Labels: The Great Parrot Robbery 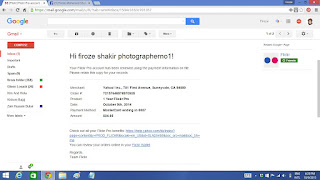 I dont think there is any better photo management site better than Flickr ,
By Firoze Shakir Photographer No1 - April 01, 2016