The Congress Effect In Bandra 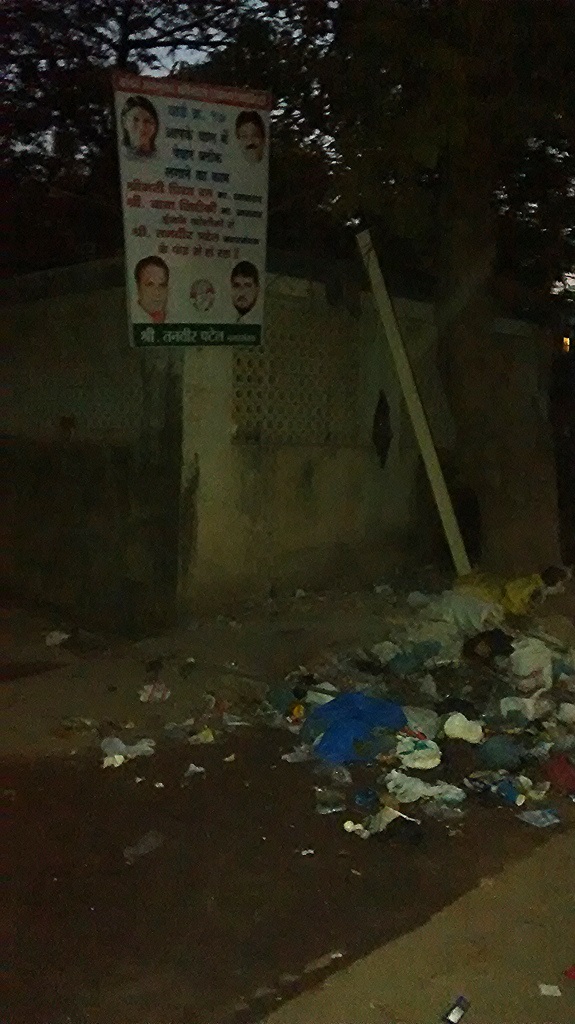 Though they the Congress Party  lost the elections in Bandra , they are not interested in re connecting with the public trying to regain their lost bastion not at all.

Unlike Mr Arvind Kejriwal they are so arrogant in their loss that they dont try to find out why they lost in Bandra once the heritage of late Mr Sunil Dutt .

Simply because people saw through their politics of appeasement for their own ends ,,and it will continue in the same vein if they dont get off their high horses .

Nobody talks good of them instead everyone curses them ..in the Bandra Bazar Market including the slum pockets .. and why am I saying all this because my family was a traditional Congress voter we got disgusted with them .. they were visible in the early years only during election time once they won they just disappeared and we got fed up of their colorful Dengue Free Bandra brochures that were more to make the Christians happy , make the Sindhis happy , the slums can hardly read so the brochures were not for them and I feel sick that our local media licked their pompous asses to push their agenda of having done nothing the paver tiles is the greatest curse to the bylanes of Bandra...ugly and a eyesore.

They neglected the middle class Muslims like us  , they did not bother about the Marathi Manoos or the Dalits ... they totally disrespected the East Indians , bent on demolishing their ancestry and today the Gaothan are in need of holistic healing.

The builder politician nexus is what one heard saw and slowly the vote bank of the Congress in Bandra evaporated and will be decimated like Delhi if they dont get serious about re inventing and rethinking.

They kept their affiliates , ass lickers sycophants  in the best of health and wealth this is what the common man of Bandra says , all they did was get a public toilet  door repaired and this in pre dominantly Muslim slums .They divided the Bandra Manoos as Muslims Hindus and Dalits and this fell smack on their Face .They lost Bandra forever .. for now ,,

They never learnt the power of social networking they knew zilch about Twitter Facebook or blogging they had no Bhakts like the followers of Modiji or like Mr Arvind Kejriwal , people with love passion for the party and for India .. they got eaten away by their empty rhetoric's and their hollow brochures .. that reached  houses via the newspapers but not millions like the Internet.

Will they learn,,, I doubt it , they never encouraged  college kids , they pampered those that helped their agenda , they forgot the power of the social media savvy Youth .

See the BJP Bhakts vociferous faithful and even towering high after the Delhi loss ,, and above all see the collective cohesiveness of moral strength of the Delhi Am Admi party , sadly the Mumbai Am Admi party may have done its bit in Delhi but it takes a back seat in Mumbai itself.. less said the better .

And the problem is when people wrote about the Congress shortcomings in their blogs nobody in their hierarchy was willing to read it or implement Change ,

And I am not bad mouthing the Congress but a new younger youthful face or faces are required to rejuvenate the Congress Party..or it is Doomsday for the civic elections in 2017.

And as bloggers are not given space to be read in newspapers I hope they read this as a blog ,, we write without being paid we certainly dont go under the editors desk. lol . and we write with moderation and with respect and we write for the greater good of Bandra .

And I hope this is taken as constructively by those who will inherit the leadership of Bandra .. be it Congress BJP Shiv Sena or the impending return of the Am Admi Party.

This picture of the garbage lying open is a common feature near the slums with the Congress banner near the dirtiest Municipal Garden close to MET Grounds Bandra Reclamation supposedly the citadel and vote bank of erstwhile Shiv Sena BJP.