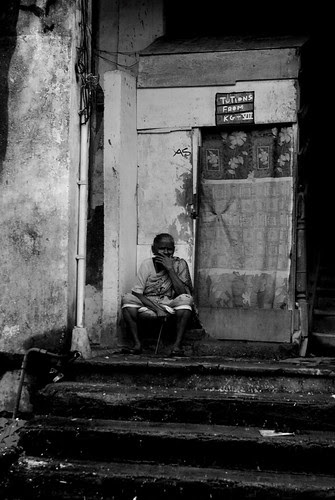 Idd Mubarak To One and All 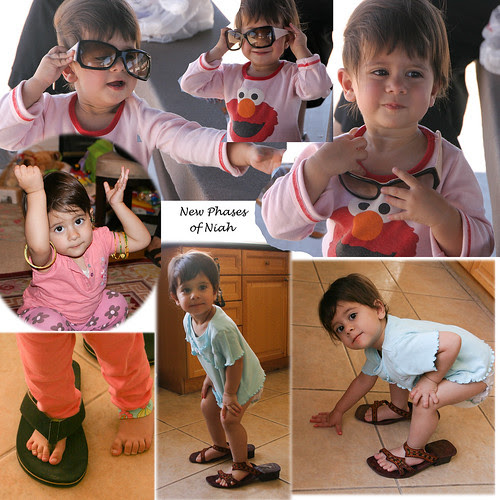 Idd Mubarak To One and All, originally uploaded by firoze shakir photographerno1.

a unique bond
binds their
bodies
souls
in a single pact
yes they dare to love
a matter of fact
same sex love
completely
repacked
in virtual reality
in abstract
serious commitments
they dont need to playact
positive poles of a magnet
that unanimously attract
to god through his godliness
his mercy his bounty transact
they are human
as human by human hate
why should they be attacked
live and let live ..let love live
a marriage of minds
let them contract
a tree of life giving
companionship
in all humility
should just not be hacked
they do not terrorize
kill maim bomb
like religious fanatics
cradle of mankind
in the name of god hijacked
true lovers true human souls
two like minded bodies
trying to relive peacefully
on a treacherous track


to IL and love


On the Night of Power pray to God with all your heart and He will definitely answer all your prayers. The Quran says : "Surely We revealed it (the Holy Quran) on the grand night. And what will make you comprehend what the grand night. The grand night is better than a thousand months. The angels and Gibreel descend in it by the permission of their Lord for every affair, Peace! It is till the break of the morning." (97:1-5)

The Night of Power is full of blessings because the Eminent Quran descended in it. The Quran is peace by itself. It distinguishes between the good and evil and shows the path of eternal Peace and Bliss to all Mankind forever. This being so, the Night in which this Divine Book was sent down is worthy of great esteem. During this night, as explained in the verse quoted above, the Angels and the Heavenly spirit (Hazrat Gibreel Alai-his-Salam) descend. Their nearness to earth gives a spiritual luster to the hearts and souls of the believers. The Holy Prophet (S.A.W.) and the 12 Imams (A.S.) passed this night in prayer and worship of God.

Those who pass his night in Prayer, experience an unimaginable bliss, a deep feeling of great pleasure as a result of immense heavenly blessings in this night.

Recite the Holy Quran, seek Allah's forgiveness and pray for the good of this world as well as the hereafter.

Shab-e-Qadr is the night, which is the best night among the nights of the whole year. The "A'maal" (religious performances) of this night are better than the A'maal of 1000 nights. In this night the divine Annual Decree is passed. The Angels and Roohul Ameen (A highly dignified Angel) descend on this earth, in that night. These call on the Imam of the time, and what is ordained (by Allah) for everybody is presented before the Imam.

The A'maal of Shab-e-Qadr are of two kinds. Some are common to all three nights others are particular for one of those three nights. The common A'maals are: -

01. To take a bath. Allama Majlisi says, "It is better to take a bath before sunset so that the night prayers may be performed after bath".

Holy Quran03. The Holy Quran should be opened and placed in front, then one should recite, "Alaahumma inni asaloka be kitaabekal munzale Wa maa feeh, wa feehismokal akbaro wa asmaakal husnaa, wa maa yokhaafo Wa yurjaa an taj-alani min otaqaaeka minan-Naar", i.e., "O Allah treat me as one of those who are free from Hell, in the name of this Holy Book sent by Thee, whatever there be in the Book. Including Ism-e-A'azam and Asmaa-e-Husnaa and the things to be dreaded, the things that may be expected and desired, like blessings of Jannat. Do forgive through the grace of this book". (SALAWAT-After this he may beg from Allah whatever he wants).

04. He should place the Holy Quran on his head and say, "Allaahumma be haqqe haazal Quran we be haqqe man arsaltahoo beh, Wa be haqqe kulle momenin madahtahoo feeh, we be haqqeka alaihim fa-laa ahada a'arafo be haqqeka mink", i.e., "O Allah! I appeal to Thee in the name of this Quran and the Rooh that was sent along with it, and in the name of the Momin (believer) whose praise is contained in this Book and Tine obligation that is on them. No one else recognizes the right and truth more than Thee". (SALAWAT-After this he should repeat 10 times each):

05. To recite the Ziarat of Imam Hussain (A.S.). According to Hadis, during Shab-e-Qadr an angel proclaims from the Arsh (Throne) on the Seventh sky, "Allah the Benevolent forgives him, whosoever performs the Ziarat of the grave of Imam-e-Hussain (A.S.)."

06. One should keep himself awake throughout these three nights. The vigil during these nights carries great Sawab (heavenly reward).

07. To offer 100 Raq'ats of Namaz. It has been highly recommended. It is better to recite (after Surat-al-Hamd) 10 times the Surat-al-Tauhid/ Sure Ikhlaas (Kulhowallah).

Astaghfirullaha08. Recite: "Astagferullaah Rabbi Wa atoobo elaihe" 100 times (i.e., "I seek forgiveness of Allah and I turn (repentant) to Him").

Du'a for the 19th night: -
O One Who was before everything and then brought everything into existence. He will remain while all else will be destroyed. O the One sole and solitary excepting Whom there is none else in the high heavens or low earths or above and below them, or in between them who is worth worshipping. Only Thou art the deity and none else deserves to be worshipped. Thou only deserves the praise which cannot be encompassed but by Thee. Therefore bestow Peace and Blessings on Muhammad (S.A.W.) and Aal-e-Muhammad (A.S.) such as no body else has the power to encompass.

11. This du'a is to be recited: -
I have passed the evening as a very humble servant of Thee. I have no control over the gains and losses for my person. I cannot remove any evil from myself. I depose against my conscience. I admit my weakness and inability of managing my affairs. Bestow Tine blessings on Mohammad (S.A.W.) and his Aal (A.S.). Whatever Thou hast given me or promised, fulfill that. Verily! I am Tine humble, weak and destitute servant. O Allah! Let me not forget the blessings that Thou hast bestowed on me, and let me not be forgetful about Tine kindness. Do not deny me Tine acceptance though it may be delayed, may it pertain to sorrow or happiness, and may it be connected with peace and tranquility or hardship and vicissitudes or pertaining to blessings. Thou hearse and accepts invocations in every condition.

The Prophet (S.A.W.) when asked what should one invoke Allah during these nights, said: "Ask for your safety (here and in the hereafter)".

DU'A: -
O Allah! Whatever is decided and ordained by Thee during Lailatul Qadr (night of Destiny) is final and full of wisdom. Whatever changes are affected, in the Night in previous decrees that could not be changed by anybody else. Do let me be one of those whose Hajj is acceptable, whose efforts are rewarded, the efforts of those respected Hajis whose sins have been pardoned and whose errors have been forgiven. Add to my destiny the length of my life, increase my life, increase my livelihood and fulfill my desires. Note: Beg from Allah after this whatever you desire.

Du'a for the 21st night: -
O One Who turns day into night and night into day. O One Who brings out living from dead and dead from living. O One Who gives sustenance to whomsoever and whatsoever he likes. O Allah! O Merciful! O Allah! O Allah! O Allah! The best names are for Thee alone. The best examples are for Thee. The grandeur and choice things are for Thee. I beg of Thee to bless Muhammad (S.A.W.) and his Aal (A.S.). Write down my name, in this night with the fortunate ones. Let my soul be in the company of the martyrs. Let my good acts be reckoned as "Illyeen" (exalted). Let my sins be condoned. Bestow on me that belief by virtue of which Thou may be nearest to my heart, that "Eemaan" which may remove all doubts from my mind. Let me be satisfied with that whatever Thou hast ordained for me. Let me have the virtues of this world and the other one (Aakherat or Hereafter). Save me from the fire of Hell. Let me be attentive to Tine praise and thanks and let me present myself in Tine court. Do bestow the same "taufique" (ability) to me which Thou hast bestowed upon Muhammad (S.A.W.) and his Aal(A.S.).

O Lord of Lailatul Qadr! (Night of Destiny!) Who has made it better than 1000 months! O the Lord of the day and the night and the mountains and oceans, the Lord of light and darkness! O the Lord of the earth and the skies! O the Creator! O the Designer! O Kind! O One Who favours! O Allah Who maintains everything! O Allah! O the Kindest! O Allah! O the Creator of new things! O Allah! O Allah! O Allah! The best names are for Thee alone. Thou hast control over all virtues. I ask Thee to send blessings on Muhammad (S.A.W.) and his Aal (A.S.). Write my name, in this Night of Qadr, among the names of the fortunate. Let my soul keep the company of the martyrs. Let my good deeds be reckoned with "Illiyeen" (those exalted). Forgive my sins. Bestow on me such belief that Thou may be nearest to my heart. Give me such understanding that all the doubts may be removed. Let me be contended over that which has been ordained for me: Let me have goodness and virtues in this world and the next. Save me from the glowing fire of Hell. Encourage me towards Tine remembrance with pleasure and to be penitent. Give me all those virtues that Thou hast given to Muhammad (S.A.W.) and Aal-e-Muhammad (A.S.).

The Tale of the Outcasts

Thithi Farhana journalist of Star Weekend Magazine has used my picture for her story without my permission or without giving credit to me shows a magazines blatant unethical attitude..I am shocked to say the least.