Photographers Are Born Not Made 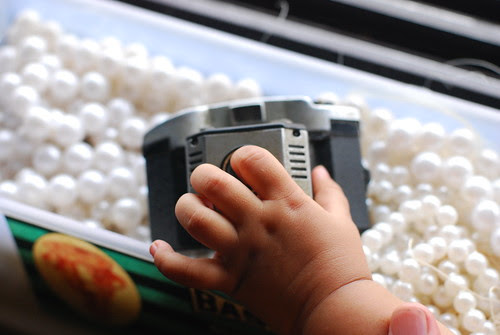 Photographers Are Born Not Made, originally uploaded by firoze shakir photographerno1.

a harsh truth
you may not like it
I am afraid
shooting from
the inner soul of
your consciousness
where the third eye
of shiva
comes to your aid
photography
is not just
a means to a trade
its customized
within your soul
not a ready made
every step is learning
as you shoot and upgrade
pictures that live
even after you fade
sweet memories
on a photo stream
77,892 items / 400,869 views
as they tumultuously
caress and cascade
your heart and soul
of your computer screen
with each view invade 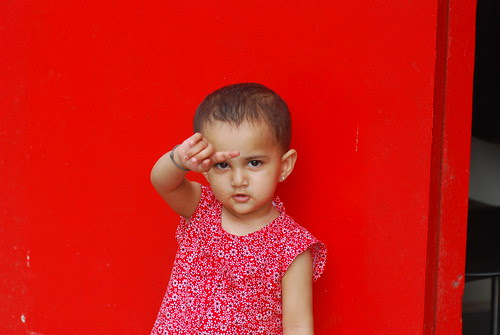 The Temple in my Cab /Some Stray Thoughts 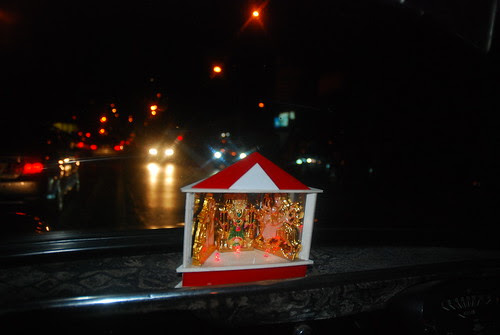 The Temple in my Cab /Some Stray Thoughts, originally uploaded by firoze shakir photographerno1.

This was a shot of a tiny temple in the cab and I realized I cant get away from shooting Godliness ..he beckons me.This ends my series on Hope and Hindutva a message of Peace.
Promoting Hindutva as a cultural ethos, as values, as humanity, as mutual coexistence is what endears its inherent kinetic force to people of all communities, but using it as a weapon to break heads in Kandhamal does not pay in the long run.

Be it anyone , even if he is the young Prince of Darkness.

You dont have to be a Hindu to understand and feel Hinduism as healing touch, a Muslim can feel and impart it too..and this is the binding element on the canvas of my Flickr photostream where all religions meet..

I dont do this for money, for gaining cookie points, I do it because India is not a travel brochure , it is much more unfortunately the Ministry of Tourism or the Ministry of Information will never realize the contribution of a photo blogger to promoting peace goodwill and a hospitable view of diversity the spinal column of Indian spirituality.


The BJP spent a bomb hitting out at the milieu with a negative message on each and every ad on the blog sphere , showing an old man calling another old man weak.. without realizing it was the public that calls the shots ..the results are in front of you.

The people that gave tickets to candidate in the BJP are to be blamed , imagine trying to bring Priya Dutt down, through Mahesh Jethmalani, who not a single slum dweller be it a Hindu or a Muslim hardly knew . I shot their rally's ..I saw it all.

Maybe the Sindhis the Punjabis might have voted for Mahesh Jethmalani but the common man went towards peace , law and order and development.
This is how I saw it as a layman..and did mention it to Mr Ashish Shelar BJP Corporator who stays in my building who slogged from morning to night for a candidate that did not know a single by lane of Bandra as Baba Siddiki and Rahebar Khan knew ..the Congress had entrenched itself into the heart and soul of the poor.
It was a Congress Win much before the first shot was fired.

As for Bhaijaan of the BSP party ..he should have stuck with NCP..you dont become tall by riding a white elephant painted black,, Ye Public Hai Yeh Sab Janti Hai..
You cant Fool the Public.. Ha Ha

Shanmugham and Me at Madras Wadi Worli 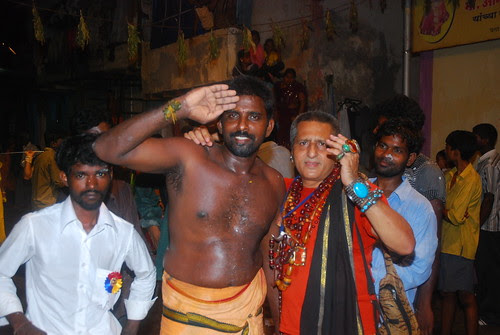 Shanmugham and Me at Madras Wadi Worli, originally uploaded by firoze shakir photographerno1.
By Firoze Shakir Photographer No1 - May 23, 2009