The Ragpickers Of Bandra And Slowly Dying Bandra Bazar Road 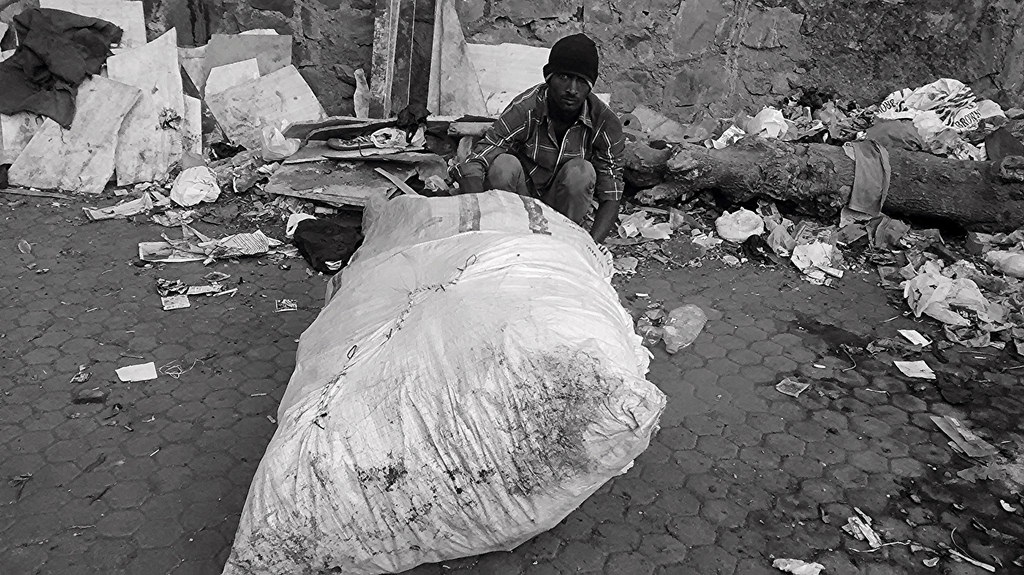 This is an open space close to the Bandra Bazar Sunni mosque and  facing the fish and beef Municipal markets of Bandra Bazar.

And it has never been cleaned, all the junk lies here as an eye sore , and those who go to Namaz see it too , but the residents of Bandra are totally mute they dont say a word simply because  it is not their problem .

Having lived in Bandra for over 25 years and this was the first time in 15 years that the Bandra vote shifted from Congress to BJP.. in the main elections.

Here in Bandra one never saw or imagined any other party other than the Congress.

And this time the will of the people walked all over the Congress dreams .and laid low their expectations of talking the people for granted .

Among the corporators of Bandra Bazar it was only Raja Bhai or Mr Rahebar Khan who won the elections as an Independent before Mr Tanvir Patel of Congress ..who laid his stamp of sincerity , personally working round the clock for the improvement of this highly neglected area.
He was accessible humble a local hero among kids being a sportsman and a guiding spirit who never played the religion card .

But ever since the Congress won the Corporation elections this area has gone from bad to worse and I am not a political person but a resident of this area.. and it is the ugliest dirtiest filthiest area from the Bazar Road end ..

The mutton market the chicken market beef market fish market totally in shambles ..absolutely no garbage management of the waste that is generated from the market ,,

My pictures of the open garbage give testimony of neglect and now even with the new local representatives the area is as bad as ever.


The beauty of Bandra Bazar is its universal harmony , no sectarian strife , no muscle flexing by any community ..all religious feasts festivals are symbolic of universal tolerance too Sunnis living amicably with the Shias , Muslims living amicably with the Hindus .
Christians or East Indians the original inhabitants have got a raw deal.. their heritage in bad state , the paver tiles with all its ugliness destroyed the ethnicity of this fishing village called Gaothan.

The Borhas Dalits Jains everyone lives in peace but sadly nobody opens their mouth to see this beautiful area of Bandra going to see , going to the dogs.

There is no Bandra Bazar Festival that would help in improving its visibility , the only saving grace student photographers , foreigners that come here to shoot Bazar Road . And the graffiti artists that have added their art to the walls of this rustic Bandra .. once Queen of the Suburbs now nothing less than the Queen of Garbage Porn thanks to the apathy of Bandra Municipality .why does Bandra Municipality neglect Bazar Road beats me till date ..Bandra Bazar needs a Bandra person to nurture it and save it from the politician builder nexus ..the ugly repair permission houses , that destroyed the pristine ethos of Bandra Bazar Road .

And as I have words to back up with pictures I narrate to you the sadness of Bazar Road shooting garbage every day on my morning walks and at the same time paying tribute to the ragpickers who do a better job than the paid staff of Bandra Municipality .

And Swach Bharat of our erstwhile Prime Minister Modiji in Bandra Bazar is utter failure unless he drops by via this lane to meet Mr Salim Khan and Mr Salman Khan. during their Ganpati Visarjan,.

One Thing Is Certain He Is No Alien From Outer Space 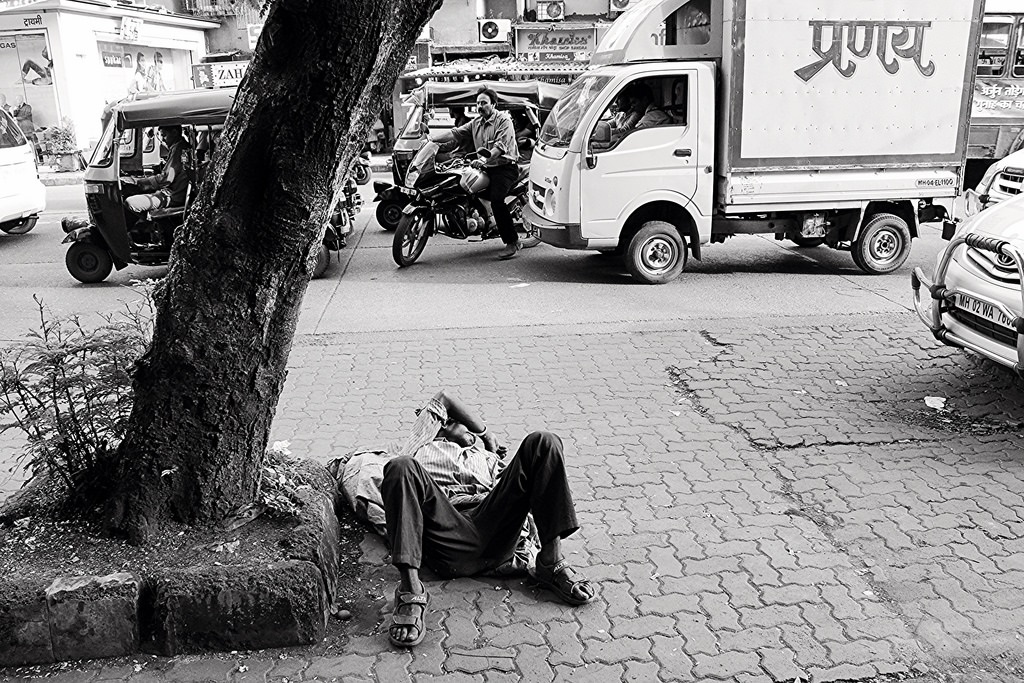 An Indian
caught between
time and space
he is dreaming
of better days
that were
solemnly
promised
in the election
manifesto
now bluntly
erased
is he a Hindu
or a harried
Muslim
who is he
lying prostrate
is he crazed
why is he
protesting in
silence was he
betrayed
his agonizing
angst his hopes
razed why not
auction him to
clean the Ganges
earn more goodwill
earn more praise
but will he fetch
4.31 crore like
a used monogrammed
suit ..he seems dazed
but not amazed

The Drunks And Drug Addicts At Bandra Bazar Garbage Dump .. 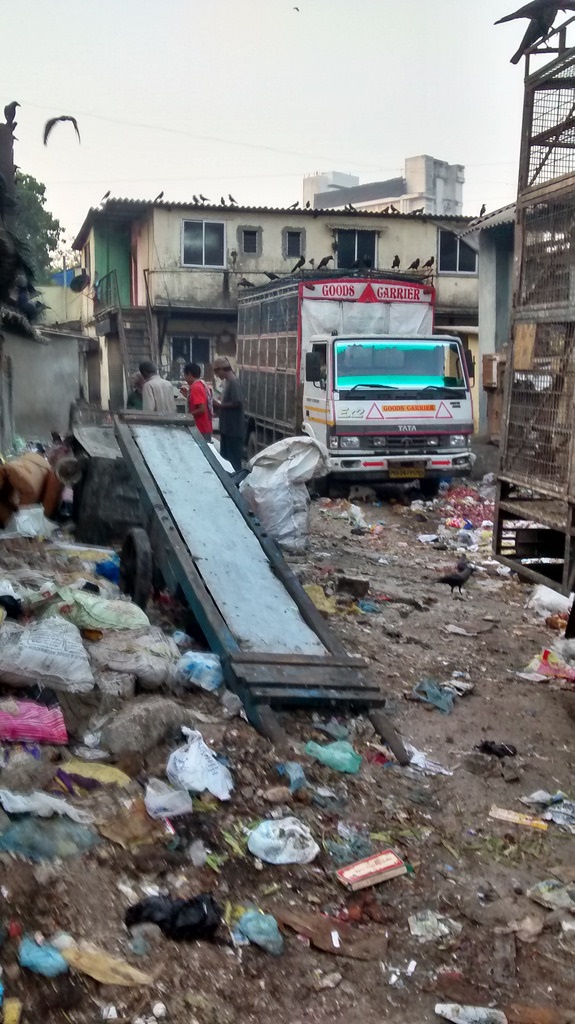 Only the Bandra Police are not aware of it and our local representatives
By Firoze Shakir Photographer No1 - February 24, 2015

Email ThisBlogThis!Share to TwitterShare to FacebookShare to Pinterest
Labels: The Drunks And Drug Addicts At Bandra Bazar Garbage Dump ..

Welcome to Bandra Bazar Road,, Our Festival of Garbage 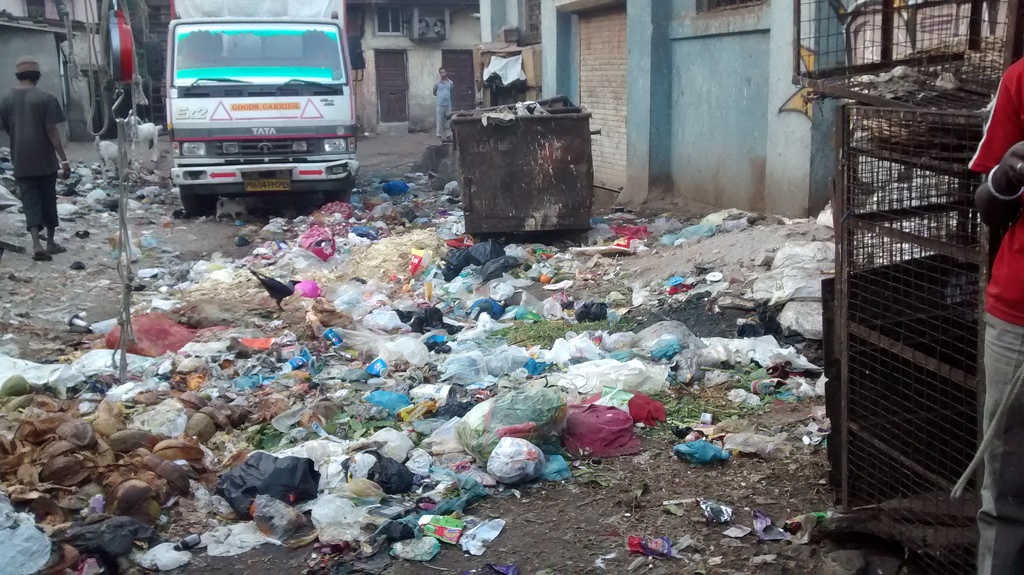 swach bandra
swach bharat
our backyard
we hope to
assuage
one day just
might make it
on hindustan
times front page
dear editor please
bring your brave
student volunteers
to clean up
our filthy
garbage
we are the
dirtiest
dumping
site a losing
war we wage
dengue free
bandra was only
in a congress
brochure tucked
away in newspapers
now upstaged by
acche din of modiji
progress development
you can gauge  ..
we are all birds of
a feather locked up
forever in a rusty cage
a picture a day but
sadly no outrage
words of a beggar
poet a mystic sage
our garbage darshan
free garbage tour of
bandra for every age..
By Firoze Shakir Photographer No1 - February 24, 2015 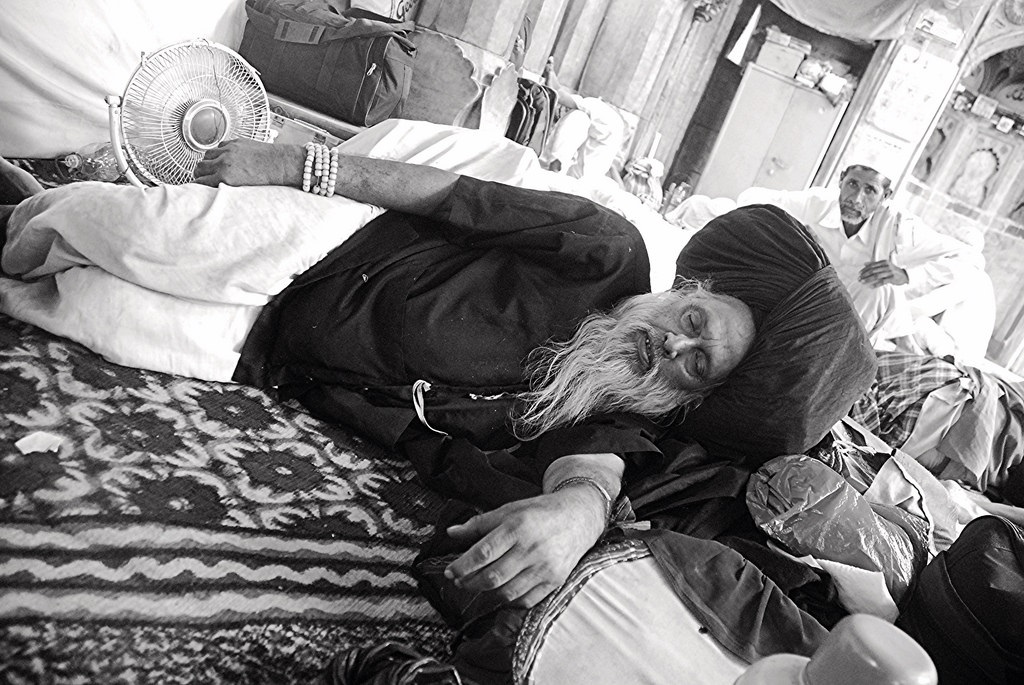 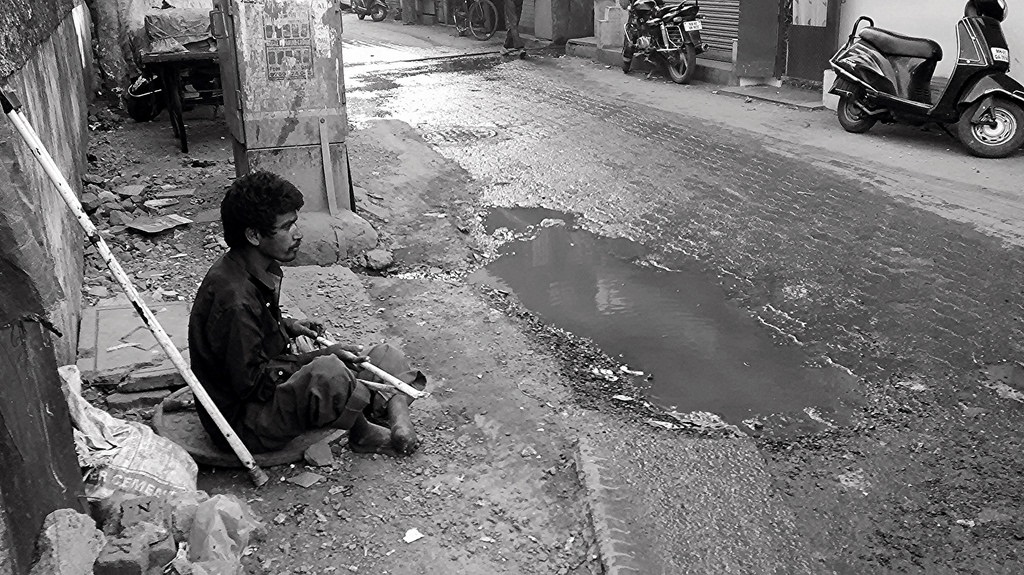 peacefully enjoy 5 years
laid back please note
the system is cut throat
the public sacrificial goats
to be smote ..pictures are
the only refuge of those
who poetically emote
swach bharat is merely
a vote getting quote
misplaced banknotes
the common man waiting
for 15 lacs in his bank
account unless it was
a paid media misquote
this beggar also an
alcoholic sitting outside
this gutter pond crying
over his sunken paper
boat ..governance of
wise men for fools
by fools as keynote
the power of remote
4.31 crore for a used
pant monogrammed coat

Email ThisBlogThis!Share to TwitterShare to FacebookShare to Pinterest
Labels: For The Politician Bandra Bazar Road Is A Constituency To Get Votes 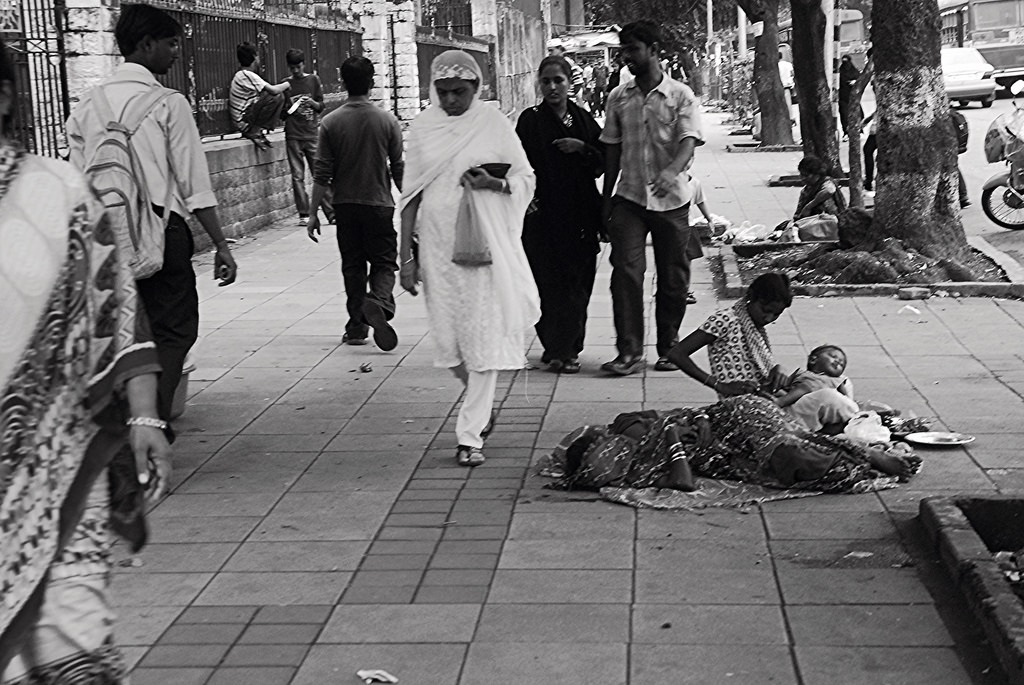 everybody comes to this
great city to be part of it
building homes on streets
on the pavements they eat
they shit  vomit spit ..
in mumbai you can get
a ration card pan card
provided you grease
the right hands you
get it ..money buys
every bit ..people may
be highly educated but
jobless but the homeless
beg steal as the system
is the culprit , politicians
welcome migrants with
open arms a vote bank
to keep him fit though
another politician raises
the sons of soil card
the migrant gets hit
the system give the
erring politician a
clean chit to wit
in a few years our
childrens children
their children will
be using facebook
in sanskrit ,,for drinking
fornicating you wont need
a permit as the system will
soon be legit ,,a system
closely knit each one will
benefit ..truth mongers
hypocrites to this system
will-submit on the face of
it .says the wise to the stupid

You Can Only Visit Those Places You Were Destined To Visit 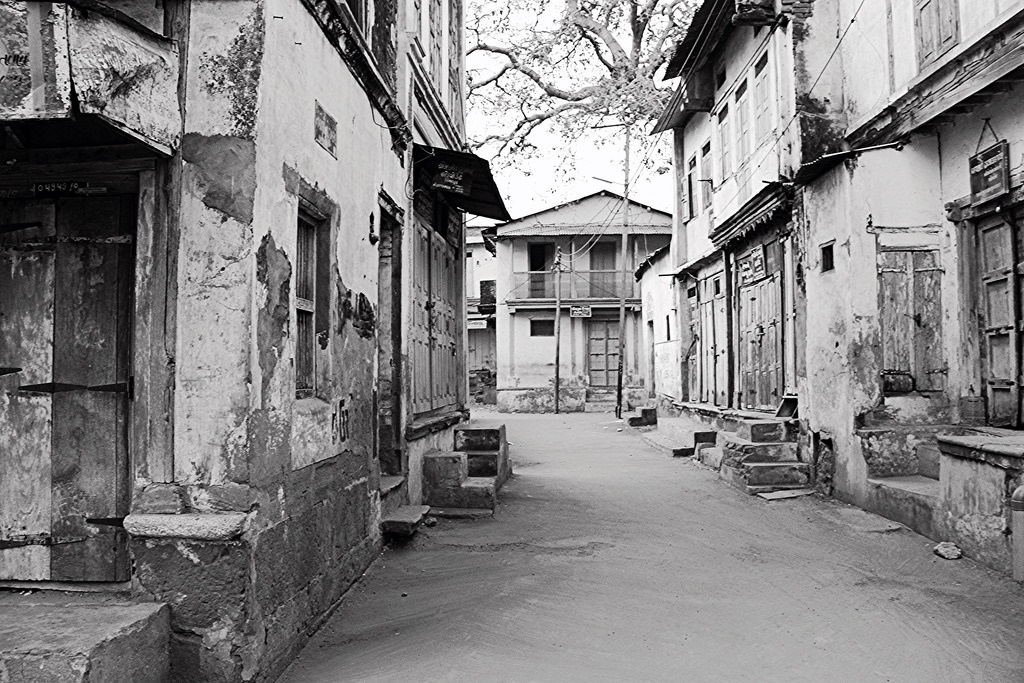 This sleepy town is called Vijapur in Gujrat .
I did no know anyone in this town.. I came here by cosmic accident .

I met a Malang at Makanpur tall hefty huge Amin Malang and he was from the Sufi sect called Madarriya that I was documenting .and it was my first trip to Makanpur.. Holy Shrine of Zinda Shah Madar
.
My connection with Makanpur was very new I came here because   my Belgian friend Marc Malang was going to be here ..and this was during the Urus of Zinda Shah Madar 2013 ,
Amin Baba is the head of Sultan Shah Baba of Vijapur Mehsana district , he invited me and told me all the Malangs were going to be coming here .. so he dangled a carrot and I came here to shoot the Malangs .

No Malang turned up and so I shot this town graveyard ,the people and decided to leave for Mumbai via Unava  I ended up shooting the most iconic spiritual hospital called Meera Datar Dargah .. famous for exorcising demons and I shot and documented my stay for a day .. I left for Mumbai the same day.

So every picture however silent it is has a story to tell ,,,
Amin Malang calls me from Vijapur reminding me the people of Bijapur have not forgotten me ,, but I dont think I will be going there and might meet Amin Malang at Makanpur if I go there this year ..

I cried because I had no shoes until I met a man who had no feet. 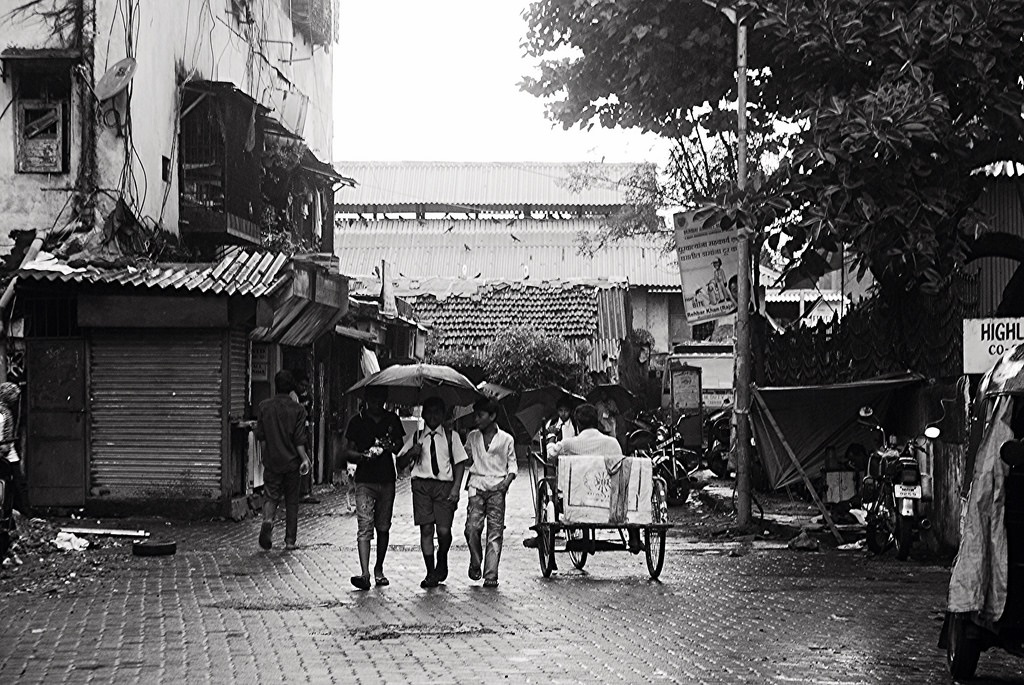 Email ThisBlogThis!Share to TwitterShare to FacebookShare to Pinterest
Labels: I cried because I had no shoes until I met a man who had no feet.

We Indians Love Driving On The Wrong Side 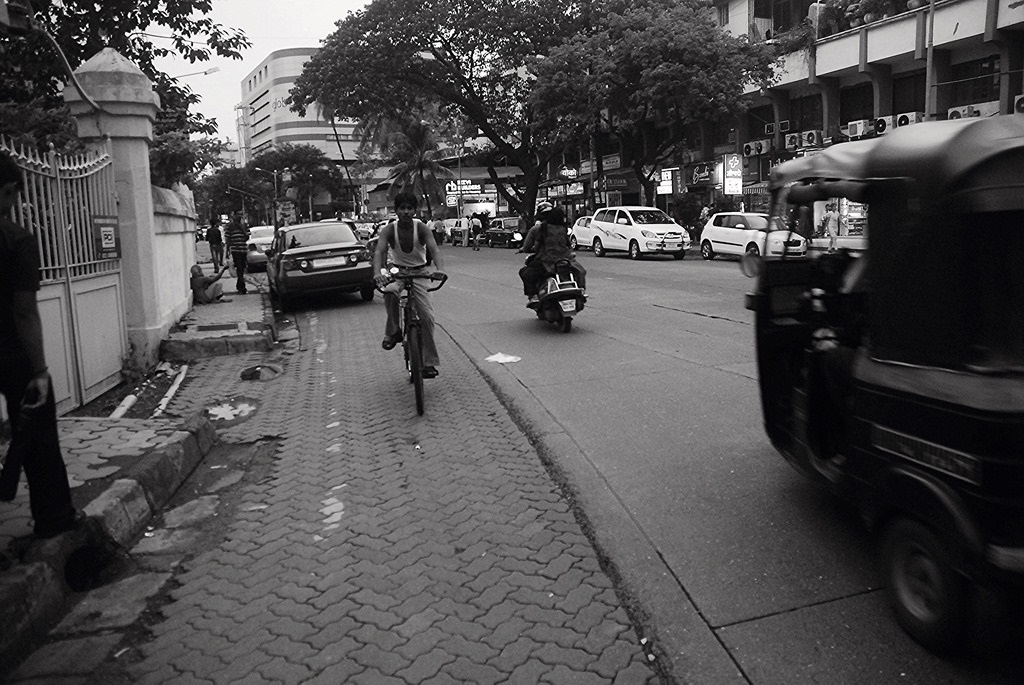 be it the law
be it politics
be it education
be it religion
we do things
differently we
do it for kicks
when someone
criticizes us
we beat him
up so badly
we use bricks
we use sticks
we break his
head we even
kill him throw
acid on chicks
if they spurn our
advances get
her gang raped
blame it on dick
mentally immature
we drive people
sick..we burn cinema
halls if we dont like
a flick..we con  we
defraud we trick
we use ACB  to
catch crooked cops
crooked babus it
is the system that
we blame myopic
yes we are indians
defender of the
hallowed game of
cricket we bet we
match fix we kidnap
women force them
into prostitution
nothing is bigger
than the prick
sycophants we
touch the feet of
crooked politicians
we slavishly like
to ass lick ..

Email ThisBlogThis!Share to TwitterShare to FacebookShare to Pinterest
Labels: We Indians Love Driving On The Wrong Side

This Is Paneer Phool Soaked Overnight For Diabetes Control 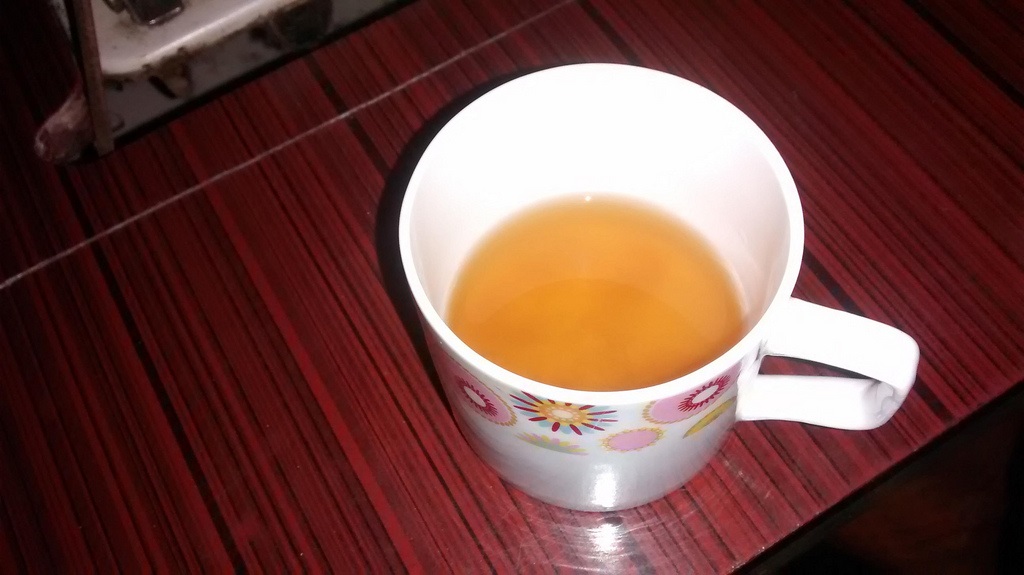 This is a fruit seed I think that you peel and soak in water than sieve it through a strainer and drink the water every morning on an empty stomach.

It is bitter and I will my blood sugar in a months time ,,