Lalbagh Chya Raja Sets Out On His Visarjan Journey 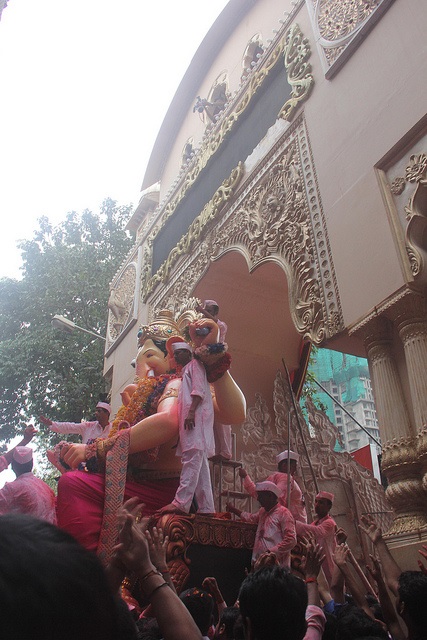 Email ThisBlogThis!Share to TwitterShare to FacebookShare to Pinterest
Labels: Lalbagh Chya Raja Sets Out On His Visarjan Journey 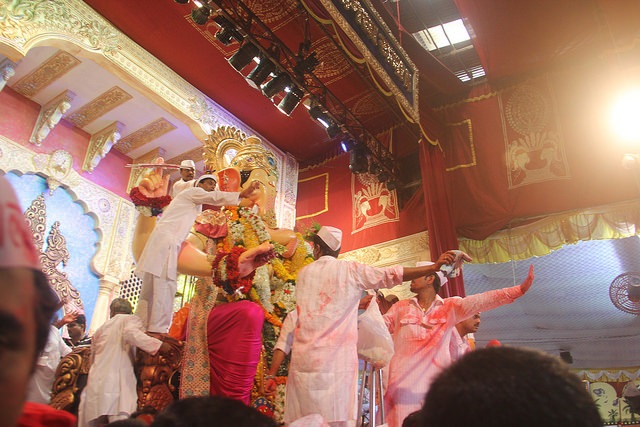 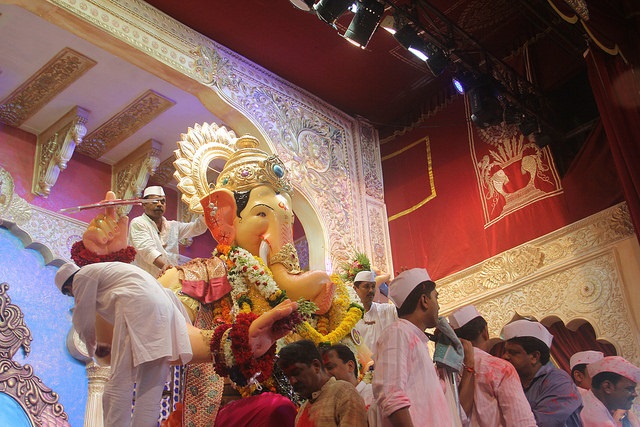 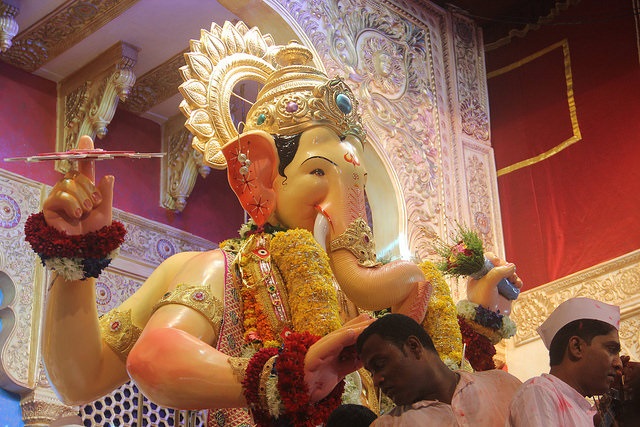 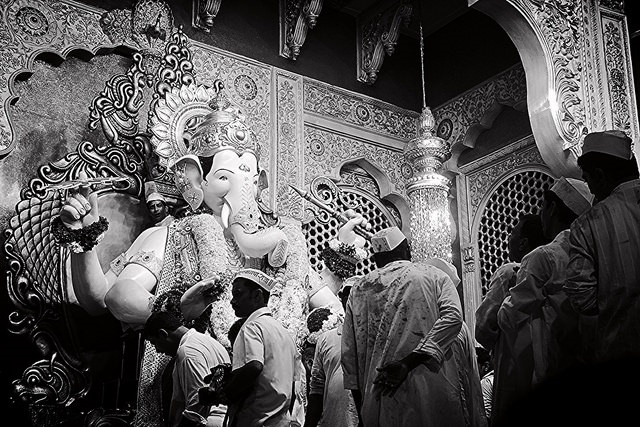 I too wanted to follow him like old times running after him on barefeet , being pushed trampled by the crowds , but it was not to be a glass piece had entered my barefeet , and it was hurting me bad ..so I decided once the Raja left the Pandal I would move out too but I used my head instead of following Raja out of the Pandal till the front gate I pushed my way through the private  security bouncers and took a detour from the Lalbagh fish market .and was right outside the front gate .

Here it was the most crowded situation , and it was the fenzy for the people to see the Raja come out of the gate and their First Darshan.. I wanted this shot , luckily the volunteers knew me so pulled me in their inner circle yet I was pushed to one end of the gate and shor Lalbagh Chya Raja here .

After that I moved out I decided to abort my documentary and return home ,,with the glass piece in my feet .

I shot the crowds , the Mumbai Ka Raja as it was moving out , and thus I walked from Lalbagh to Lower Parel via the Curry Road bridge ..I took a train covered in gulal .
In the train I met a decently dressed Hijra , she was upright not begging I saluted her , she came touched my feet , she had seen me at Haji Malang she told than asked me to take her pictures in the train I did..

And thus I got off at Bandra station walked to SV Road picked up bloodworm for Marziyas Flowerhorns from Sweet Home aquarium I could not get a rick so I limped my way home showered removed the glass piece with a safety pin.. began uploading these pictures ,,, today is the third day I have one more memory card to upload .

I felt sad my friend Sagar Bekal who had accompanied me to shoot Lalbagh Chya Raja was thrown out of the Pandal by the private guards , he had made the mistake of walking out of the Pandal to shoot the Rangoli in the lane outside they would not let him in again.. so he went back home disappointed ,

I came to shoot the Raja and only the Raja and I shot him with a divine photographic passion over 400 images till now.

Email ThisBlogThis!Share to TwitterShare to FacebookShare to Pinterest
Labels: I Was Happy Shooting Lalbagh Chya Raja At His Pandal On Visarjan Day

Rose The Most Devout Follower Of Lalbagh Chya Raja 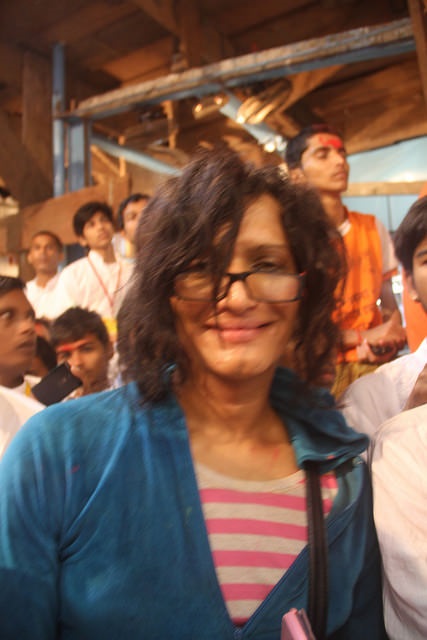 Rose is a shemale , the other sex , but that should not be held against her , that is her choice to lead the life that she wants to live ,,

I met Rose two years back and I saw her passion for Lalbagh Chya Raja , she cannot be stropped by anyone no security no cop , and she reaches the Pandal of the Lord come what may..She is besotted , she is crazy about Lalbagh Chya Raja though she is a devotee of the Saibaba of Shirdi , come Ganesh Chaturthi she heads to the Lalbagh Chya Raja bidding him farewell with tears in her eyes ..I shot  her pictures and at Claire Road two years back someone opened my satchel, robbed my wallet , the pictures I had shot of the Arti and of Rose ..all my digital memory cards ..my battery charger ..and my Blackberry mobile phone .He could not rob my second camera because it had coconuts on top of it  given to me at the Pandal that I give to Mrs Shatrughan Sinha and a few of my close Hindu friends .. The naryals of Lalbagh Chya Raja saved my camera fro being stolen though I lost all my shot pictures and the stuff mentioned above ,, I did go to Nagpada Police Station,,to file a complaint ,, but I never got my stolen stuff back..


So Rose has a lot of respect for me and this time to she was at the Pandal fighting of the private security and this time she had come with a desire to touch the Lords feet come what may.

I told a Karyakarta about her devotion , her immense love for Raja , and when the stage was being dismantled , he called her towards Raja gave her a coconut and allowed her to place her head on Lalbagh Chya Rajas noble feet ..


Normally I shot transgender hijras but dont post their pictures for pubic view at all as my pictures of this community have been stolen mostly by Flickr members .. so my Hijras of India set of 20000 pictures of Hijras including those taking a dip in the Sangam during the Maha Kumbh are all marked private ,, this I am posting as my gift to Rose and to Lalbagh Chya Raja..