From Kashmir With Love Hope Humility 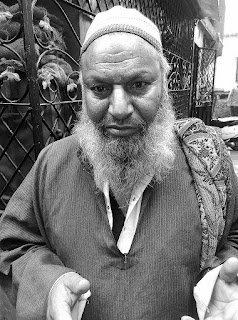 He hails from Baramulla Kashmir , and he was begging for food ration in the slums to feed his family ,, most of these Kashmiri migrants live at Bandra East end in makeshift tents ,, I have never been there but I have been shooting these families for over 20 years now ,, Kashmiri migrants turned beggars ..they beg outside mosques dargahs and mostly at Mahim Urus with their wives and beautiful cherubic kids ,,

It is sad but begging is the only alternative as they wont get jobs ..people are scared hiring these migrants ,, I dont need to elaborate ,, but you all know the reason.

Once They Had A Home ,,, Now They Live On The Roads 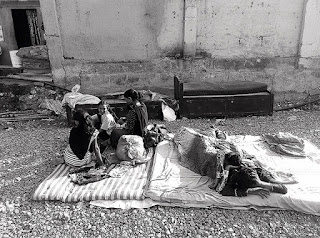 This scene is from my Demolition diaries ,,, these are the survivors of a demolition of their shanties off Rang Sharda Hotel Bandra Reclamation ,,
When these illegal shanties were being built not a single person nor the police or Municipality took objection..and when it became populous noisy adding to the urban chaos the bulldozers rolled in.. and these few families are still living with a hope ,, their kids study in nearby Municipal schools ,, husbands work as daily wage earners ,, or the older kids do odd jobs rest move around as vagrants .
And now a road is being built here I was told connecting to the sealink so work is going on.. there are lots of slums on either side of this road ..mostly migrants contract laborers ,, I really dont know much about them I see them as humanbeings ,,and feel sad for the kids .. who come hovering around me to take their pictures ,,,
The women wash cook do their domestic chores on this road ..sadness written on their faces ,, somebody who set them up here to build their homes in collusion with rogues in the authorities must have taken huge sums as protection money illegal electricity water connection... leaving them high and dry.
I have shot a lot of demolished communities Mahim Mori Road , Byculla and as Mumbai is a integral city of Dreams they come ,, in hordes to try out their luck.. failed youth get into wrong society become drug addicts drug peddlers ,,some end up as scavengers collecting dry garbage ,..for plastic bottles and beer bottles other junk.
Bandra Reclamation is the saddest place filthy ugly and will never be slum free ,, slums were created here by the politicians their sycophants as vote banks ,, some became rich now have number of rooms in the slums that are given out on hire to the rickshawalas .. after Gazdar Bandh Santa Cruz .. we have the largest number of auto rickshas and not a single toilet from Nargis Dutt Nagar till Lilavati Hospital.. so the migrants use the seafront off the Bandra Reclamation Promenade ,, most of the politicians are aware of all this but some are opportunists ,, and have caused this state of turmoil in the first place .
Lot of petty criminals , anti social elements live in the Lal Mitti belt ,,robberies at Bandra Bazar Road .. happen and crime continues ,, the criminals are certainly not scared of the cops ,, and what do you expect when you read cops taking to crime involved in blackmail extortion rape and custodial deaths ,,
And nobody wants to sensitize the cops ,, there is no Police reforms .. long hours of duty on stretch , potbellied cops .. and once when we were young we though Mumbai Police was better than Scotland Yard.. police has been politicized ,, and these are my personal views I dont belong to any political or religious party..but it saddens me as an Indian ,.. our religion has become politicized too.. we run our lives via Facebook Twitter hellbent on propagating our bias our faith .. on the soul of our Nation.. we are badly divided as Congis Leftists Bhakts and Sanghis Aptards ,,
We are hardly Indians anymore .
By Firoze Shakir Photographer No1 - January 24, 2016