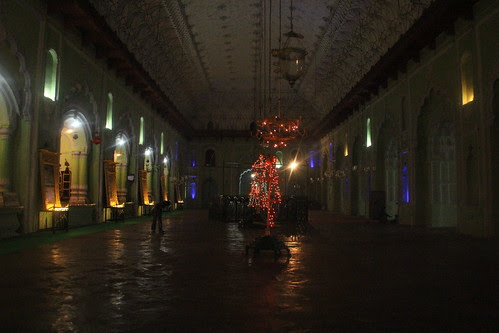 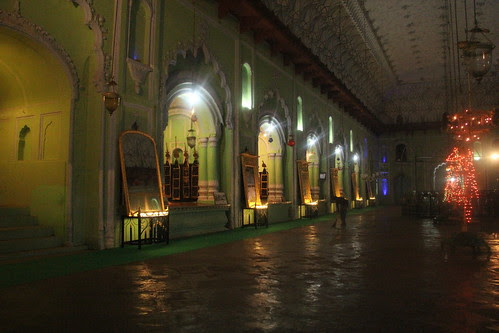 The Nawabs of Lucknow felt the pain of the poor, they built monuments they built hope they served the public unlike the leaders of Lucknow who built their own megalomaniac reflections in cold stone, leaders who built parks elephants instead of creating jobs .. and even today no regime has really done anything for the poor the destitute of Uttar Pradesh.

It saddens me to see the decadence , the demoralized status of fathomless living on the streets braving the winter chill ..

I was born in Lucknow but my roots have been torn apart I grew new roots in Mumbai .. so when I come to Lucknow always during Moharam I mourn for Imam Hussain and lost illusions of the Nawabs of Avadh..

I shot Bada Imambada , Chota Imambada and finally the last vestige of the British heritage crying in pain the graves of English soldiers at British Residency ..

I shot alone and could feel the darkness tearing my spirit I shoot differently simply because for me I shoot the poetry of lost time and rhythmic remorse ..

And I am now in Mumbai caught up in my work,I did not shoot the Urus of Fakhruddin Shah Baba Mahim , just had no time I have pictures in my camera of the Residency I shot 3 cards of 8GB..

I dont have the earlier passion , I have lost it completely ..my wife wanted to go back to Lucknow for Athvi but it is impossible my hands are full with responsibilities ..

But I will go to the Maha Kumbh in Feb and catch up with the Naga Sadhus of Juna Akhada , my teacher is anxiously waiting for ma a Naga Guru too.

I dont know whether I will make it to Haji Malang but I have already booked my Ajmer Urus tickets a year in advance to meet my brothers the Dam Madar Malangs. 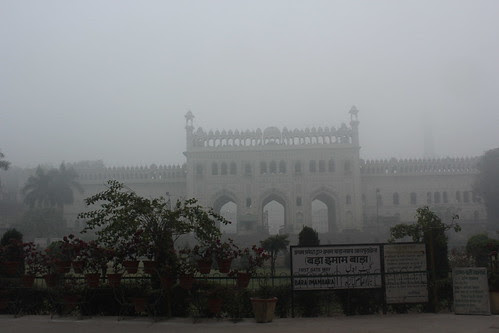 Bara Imambara (Urdu: بڑا امامباڑا‎, Hindi: बड़ा इमामबाड़ा) is an imambara complex in Lucknow, India, built by Asaf-ud-Daula, Nawab of Lucknow, in 1784. It is also called the Asafi Imambara.
Bara means big, and an imambara is a shrine built by Shia Muslims for the purpose of Azadari. The Bara Imambara is among the grandest buildings of Lucknow.

The complex also includes the large Asfi mosque, the bhulbhulayah (the labyrinth), and bowli, a step well with running water. Two imposing gateways lead to the main hall.
[edit]Relief measure

Construction of Bara Imambara was started in 1785, a year of a devastating famine, and one of Asaf-ud-Daula's objectives in embarking on this grandiose project was to provide employment for people in the region. It is said that ordinary people used to work in the day building up the edifice, while noblemen and other elite worked at night. It was a project that preceded a Keynesian like intervention for employment generation. Construction of the Imambara was completed in 1791 and as per estimates cost of building Imambara ranges some where between half a million rupees to a million rupees. Even after completion Nawab used to spend four or fiven hundred thousand rupees on its decoration anually.[1]
[edit]Architecture

The simple grave of Asaf ud-Daula under a canopy inside the Bara Imambara; a watercolor by Seeta Ram, c.1814-15
The architecture of the complex reflects the maturation of ornamented Mughal design, namely the Badshahi Mosque - it is one of the last major projects not incorporating any European elements or the use of iron. The main imambara consists of a large vaulted central chamber containing the tomb of Asaf-ud-Daula. At 50 by 16 meters and over 15 meters tall, it has no beams supporting the ceiling and is one of the largest such arched constructions in the world. There are eight surrounding chambers built to different roof heights, permitting the space above these to be reconstructed as a three-dimensional labyrinth with passages interconnecting with each other through 489 identical doorways. This part of the building, and often the whole complex, may be referred to as the bhulbhulayah. Known as a popular attraction, it is possibly the only existing maze in India and came about unintenionally to support the weight of the building which is constructed on marshy land. Asaf-ud-Daula also erected the 18 meter (59 foot) high Rumi Darwaza, just outside. This portal, embellished with lavish decorations, was the Imambara's west facing entrance. [2]
The design of the Imambara was obtained through a competitive process. The winner was a Delhi architect Kifayatullah,[3] who also lies buried in the main hall of the Imambara. It is another unique aspect of the building that the sponsor and the architect lie buried beside each other.
[edit]Legend

There is also a blocked (tunnel) passageway which, according to legends, leads through a mile-long underground passage to a location near the Gomti river. Other passages are rumoured to lead to Faizabad (the former seat of power of the Nawabs), Allahabad and even to Delhi. They exist but have been sealed after a period of long disuse as well as fears over the disappearance of people who had purportedly gone missing, while exploring.

My Family in Lucknow 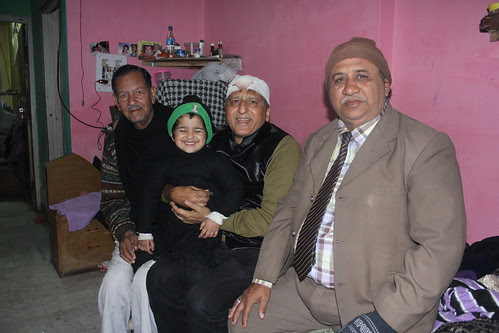 My Family in Lucknow, a photo by firoze shakir photographerno1 on Flickr.
By Firoze Shakir Photographer No1 - January 11, 2013

My Family in Lucknow 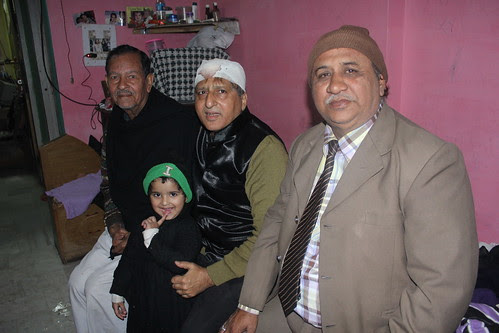 My Family in Lucknow, a photo by firoze shakir photographerno1 on Flickr.
By Firoze Shakir Photographer No1 - January 11, 2013 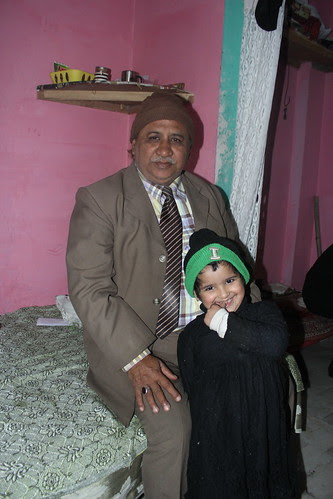 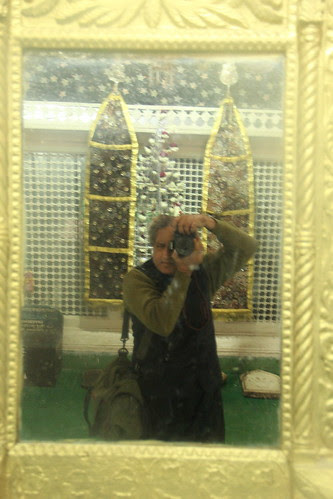 The Street Photographer, a photo by firoze shakir photographerno1 on Flickr.
By Firoze Shakir Photographer No1 - January 11, 2013