In India An Actor Is More Important Than A Dead Child 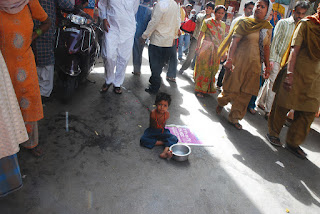 Email ThisBlogThis!Share to TwitterShare to FacebookShare to Pinterest
Labels: In India An Actor Is More Important Than A Dead Child 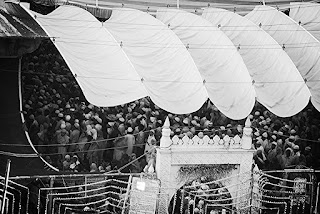 your victuals with the poor
you must share those
homeless downtrodden
living in remorse despair
its their broken hearts
broken dreams holistically
you must repair show them
that you care be human
be compassionate a few
moments with them you
must spare ,,blessed are
the poor the meek gods
only true heir ,..cosmically
on earth caught in a
worldly snare ..gasping
for hope .. fresh air
By Firoze Shakir Photographer No1 - July 04, 2015 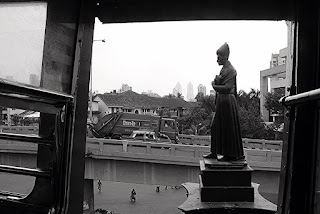 Manockjee Cursetjee (also Manakji Kharshedji Shroff)[1] (1808–1887)[2] was a Parsi businessman and judge from Bombay, remembered as a reformer and proponent of female education.

Cursetjee was the son of Cursetjee Manockjee Shroff,[3] and had an English education, under a Mr. Mackay at Joliffe's school, near St. Thomas's Church.[4] In the 1830s, he knew John Wilson, whom he met socially in 1829.[5] He obtained a government post in the Bombay Presidency, and became a member of the Royal Asiatic Society.[6][7] In 1843 he became a Fellow of the Royal Geographical Society.[8]


Title page from an 1862 book by Manockjee Cursetjee, published by Emily Faithfull
Cursetjee was a noted Anglophile, and came into conflict with the local Parsi Panchayat. He began to criticise them, in the Bombay Times, in 1844–5.[3][9] He visited the United Kingdom three times. On one visit to London, he met Arthur Wellesley, 2nd Duke of Wellington, whose father Arthur Wellesley had been entertained by his own father in Bombay at a garden party.[5]

In 1859 Cursetjee started the first English school for Indian girls. Initially it was in his house, "Villa Byculla", with an English governess and his daughters as staff. The initiative gained the support of Kharshedji Nasarwanji Cama and John Elliot Drinkwater Bethune. In 1863, with a land grant and a donation from Cursetjee, the Alexandra Native Girls' English Institution set up in its own premises.[10]

Cursetjee set up a public monument, now known as the "Khada Parsi", to commemorate his father.[15] Its location is now between two flyovers in Byculla.[16]

Family[edit]
His second son Cursetjee Manockjee studied at Oxford University and Lincoln's Inn.[17] He was the first Indian to be admitted as an Oxford undergraduate.[18] Another son, Jehangir Manockjee Cursetjee, matriculated at Trinity College, Cambridge in 1867.[19]