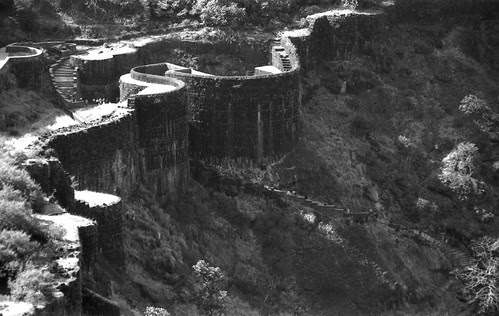 Raigad (Marathi:रायगड) is a hill fortress situated in the modern day Raigad district of Maharashtra, India. The Maratha king Shivaji made the fort his capital in 1674 when he was crowned King of a Maratha Kingdom which later developed into the Maratha Empire eventually covering majority of modern day India.

The fort, which rises 820 metres (2,700 ft) above sea level, is located in the Sahyadri mountain range. There are approximately 1400–1450 steps leading to the fort, though today a rope-way exists to reach the top of the fort. The fort was looted and destroyed by the British upon siege.


Shivaji Maharaj had seized the fort in 1656, then the fortress of Rairi, from the royal house of the Chandrarrao Mores, a junior or Cadet dynasty to descended from the ancient Maurya imperial dynasty. The last More king (or raja) was a feudatory of the Sultan of Bijapur. Shivaji renovated and expanded the Fortress of Rairi and renamed it Raigad (the King's Fort), the name he gave it when he selected it for his capital when he founded the Maratha empire. Rajgad, a hill fortress situated in Raigad District of Maharashtra, It was capital of Shivaji's kingdom.


The fort was built by Chandrarao Mores in 1030. fort's ruins today consist of the queen's quarters, consisting of six chambers, with each chamber having its own private restroom with plumbing. The main palace was constructed using wood, of which only the bases of pillars remain. Ruins of three watch towers can be seen directly in front of the palace grounds overlooking an artificial lake called Ganga Sagar Lake created next to the fort. It also has a view of the execution point called Takmak Tok, a cliff from which the sentenced prisoners were thrown to their death. This areas is now fenced off.[1] The fort also has ruins of the market, and it has such structure that one can shop even while riding or sitting astride a horse.

The king's public Durbar has a replica of the original throne that faces the main doorway called the Nagarkhana Darwaja. This enclosure had been acoustically designed to aid hearing from the doorway to the throne. A secondary entrance, called the Mena Darwaja, was supposedly the private entrance of the royal ladies of the fort; it leads to the queen's quarters. The erstwhile main entrance to the fort is the imposing Maha Darwaja. The convoy of the king and the king himself used the Palkhi Darwaja. To the right of Palkhi Darwaja, is a row of three dark and deep chambers. Historians believe that these were the granaries for the fort.[2]

A statue of Chhatrapati Shivaji is erected in front of the ruins of the main market avenue that eventually leads to the Jagdishwar Mandir and his own Samadhi (tomb) and that of his dog Waghya.[3] 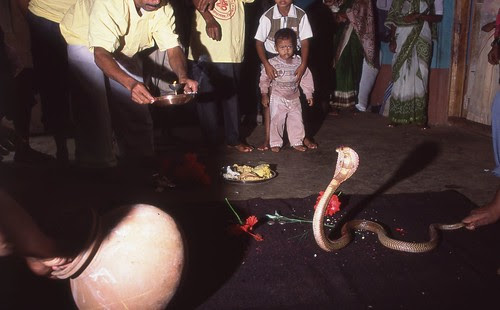 I dont think I will ever get to shoot this again this trip was inspired by Nitin Sonawane after I saw his pictures at PSI Art Gallery ..I was new to photography I still am..I want to shoot like a photographer but I end up shooting like a poet... 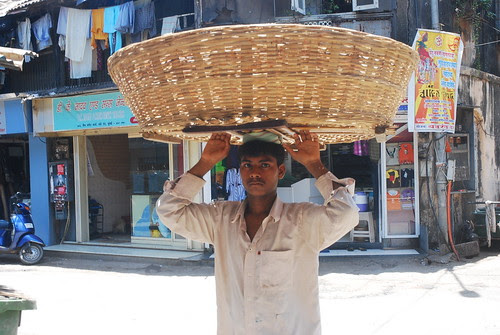 Flickr Without Headache, originally uploaded by firoze shakir photographerno1.
By Firoze Shakir Photographer No1 - May 27, 2011

U GALLERY INTERVIEWS the RENAISSANCE MAN


Glenn Losack is one of Ugallery's most celebrated photographers. Born and raised in New York, Glenn picked up a camera at a young age. Since retiring from the medical field he has traveled the globe capturing scenes from Ireland to Bangladesh. Along the way, Yoko Ono purchased his photograph of The Lennon Wall in Prague.

Last week I met up with Glenn in the Lower East Side. Dig into our interview below to learn more about Glenn's life as a photographer and renaissance man:

When did you start shooting photography? What drew you to the medium?

I was 17 years old and living in Brooklyn. I was fascinated by the visual process of pictures appearing in trays filled with chemicals. And I thought it would impress the ladies!

How does your work as a physician impact your art?

I dont know if there is a direct relationship. One thing that's true is that monetarily my day job supports my two addictions: creating photographs and making music.

I've been semi-retired for the past 17 years. I've been able to travel around the world and shoot and learn photography and music because of being a physician I've been given access to many places other photographers would never have access to.

I tend to shoot what's inside of people and not just the outside. I shoot the disenfranchised, the homeless, deformed, diseased and the downtrodden; the people that are ignored or forgotten. The poor of the world. This might have something to do with a psychiatric opinion of society as a whole. The world has its beauty and its unsightliness and I think both are beautiful.


What's the story behind Yoko Ono purchasing your photograph?

Yoko and I met through a mutual friend who is one of my biggest supporters. This friend ended up showing Yoko the "Yoko" photograph [see above] and before I knew it the photo was a part of Yoko Ono's permanent collection. She even sent me a hand written letter thanking me for my work which was particularly flattering because Yoko is known for not giving her autograph!

The "Yoko" photo is still a fan favorite. For me, it's just thrilling to know that one of my photographs graces her permanent collection of Yoko. I am a Beatles fanatic and to this very moment believe there has never been a better musical era than when John and Paul were writing and innovating. I could go on and on about them but Yoko in part symbolizes my connection to one of my idols. It's a real honor that I will be forever grateful for!

The "Yoko" photograph diverges from what much of your work highlights - the "dark side of humanity". What drew you to this subject? When did you first realize your photography was taking this frame?

I shoot the beautiful as well as the darkside of humanity. I shoot both!

That said, the darkside of humanity is what really underlines my photography spiritually and excites me more than any of my other work. It is a bond i think i have with the underprivileged. My father was a truck driver and introduced me to the seedy part of Manhattan in the early 1960's. He was an amazing commercial artist who unfortunately never got a chance to accept his scholarship to Cooper Union. My mother tried to protect me from "real life" and ever since I have veered towards the darkside of humanity.

I also have a big darkside and a wry cynical sarcastic view of the world. I turn it into humor but I at times it can offend. Sometimes self hatred drives the artist in me.


Some of your pieces also play with a symmetrical effect. What was the inspiration for this series?

I saw symmetry as a way of looking at pieces and seeing more to them than just what was on the surface. It also beautifies the subject, and brings a deeper discussion if you look closely at the pieces. They should be printed mural size to really maximize the message.

How do you select your scenes?


Beyond your medical and photographic work, you mention you are also a musician and a charity worker. Can you talk a bit more about your other pursuits?

I have a website for my music. I have, I think, evolved into a songwriter and maybe even a singer-songwriter. I'ts a passion I've had since i first heard Sinatra and The Beatles and everything that followed. I cant live without music and photography and my song "Powerful" says it all.

I also make charity work a priority. I donate time and money and photographs. It's important to give if you are going to take. I've traveled to 50 nations since 1986 and am partial to third world nations.India is the most interesting photogenic place I have been and will continue to shoot in. I love the big chaotic cities where people live outside not inside like in the West.

I'd love to visit omo tribes in Ethiopia, Papua New Guinea and the Southern Sahara.

With such amazing digital cameras available these days, it seems everyone's a photographer. What's your secret to doing it well?

I dont think there is a secret. Most people don't mind if they shoot well-framed, intense photos and that's fine. Often I've found people also stand too far away from their subject. To be a great shooter you have to have courage you have to get close up.

You also can't ask people if you can take their pictures (I swear by this). There is an automatic chemistry that evoles immediately with your subject that is unspoken. You have to experiment and do all kinds of things. Many times - and I'm sorry to say this - you do shock your subject or anger them. That's all part of the process. I shoot the darkside and I have to take risks and chances. It is what it is.

Thanks so much Glenn! 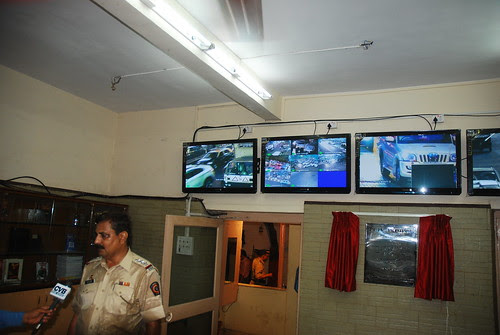 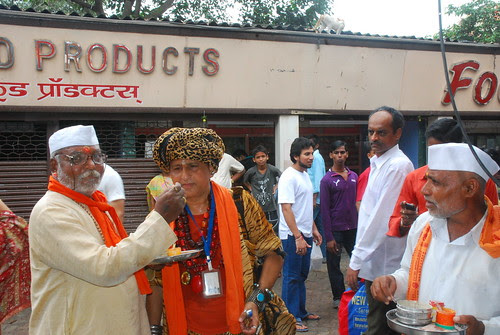 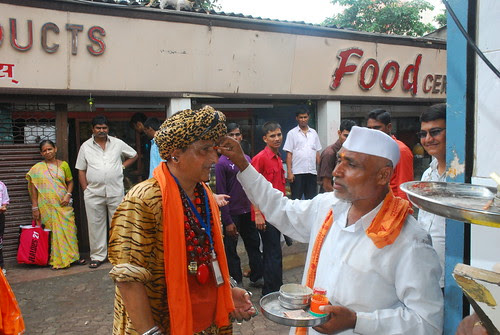 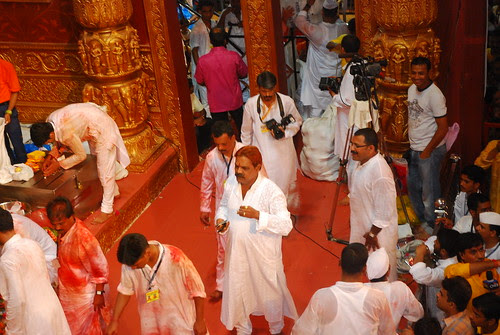 Holding Lalbagh Chya Raja Within The Soul of a Blog 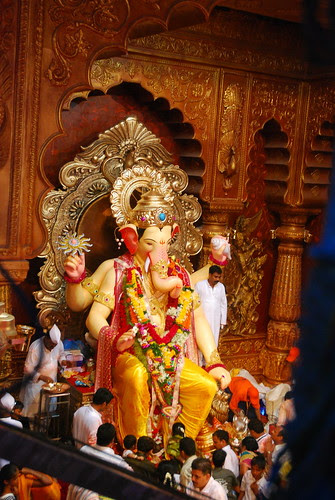 Holding Lalbagh Chya Raja Within The Soul of a Blog, originally uploaded by firoze shakir photographerno1.
By Firoze Shakir Photographer No1 - May 27, 2011 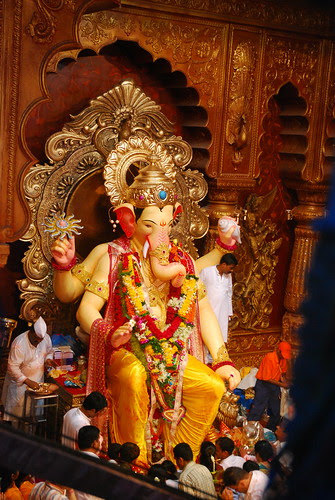 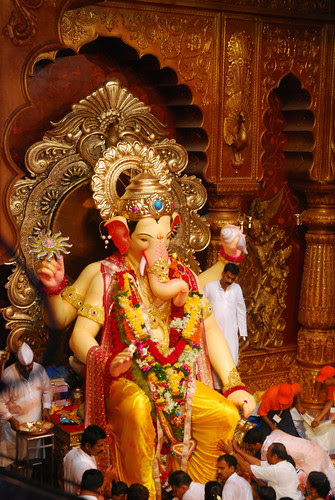 Every Year He Calls Me To His Abode 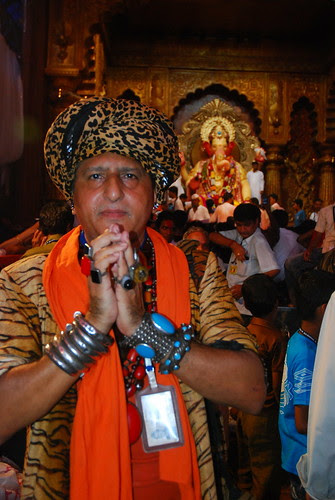 Every Year He Calls Me To His Abode, originally uploaded by firoze shakir photographerno1.

The Hijras Story of Pain