See My Grandfather Loves Her More Than Me ..

See My Grandfather Loves Her More Than Me .., a photo by firoze shakir photographerno1 on Flickr.

A Short Story Behind These Pictures

A Short Story Behind These Pictures, a photo by firoze shakir photographerno1 on Flickr.


At my house everyone is a photographer , but though I am the patriarch of photography iin my house the benchmark and standard of our photography, is a white American Brooklyn born Jew , he is our extended family, we had no choice we had to adopt him as he is guru of Marziya Shakir the missing grand daughter in these pictures ,,he blessed , taught Marziya Shakir to encapsulate the world through the eye of the camera....so it is Dr Glenn Losack who is the hidden cause of our love for the camera.. and he loves Nerjis a lot..when Nerjis was seriously ill it was Glenn who kept our hopes alive , he gave us strength , he was certain and sure she would recover.. she has done fighting an illness that had become a bane of our lives.

Who shot these pictures like he was shooting in movie mode..not Marziya not my wife , nor my sons or their wives , nor my daughter , but my son nonetheless the husband of my daughter , Assad Dadan..he too is an avid photographer , an animator he loves to shoot my grand kids and here again after me as a photographer it is Nerjis who considers him a better photographer than me...the little chipmunk, ,,and of late because of her sickness I had hidden her pictures from public view ..

Now Zaira Saif Shakir is actually the reason why Asaad went on shooting us , because Zairas maternal grand father was in hospital, for over 10 days and Zaira was living with her mothers family in town..I missed her a lot and she had just returned hence we all wanted a bit of her as a memory..

Assad teaches Photoshop at a premium photo film institute... but he hurt me when he said he had deleted his Google+ account , he is a hardbound hardcore Facebook denizen..and me both my grand daughters Marziya Shakir and Nerjis Asif Shakir are only on Google+

Nerjis Asif Shakir is the original Google+kid she gave birth and from the maternity word landed on Google+ without an Invitation from Vic Gundotra.she was only one day old...the youngest blogger on cyberspace with her own Google+account..

And Nerjis Asif Shakir 8 month old is learning photography assisted by me on the Canon EOS 7D..

Please dont underestimate out Indian kids , not only can they shoot mountains they can move mountains too.. they have more faith than that hidden in the body of the camera.

I am a Lucky Grandfather ..with Princess Fatima Zaira and Nerjis Asif Shakir

I am a Lucky Grandfather ..with Princess Fatima Zaira and Nerjis Asif Shakir, a photo by firoze shakir photographerno1 on Flickr.
By Firoze Shakir Photographer No1 - April 04, 2012

no dont shoot me she said 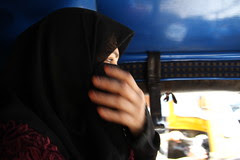 no dont shoot me she said, a photo by firoze shakir photographerno1 on Flickr.

my lifes journey would have been incomplete without her 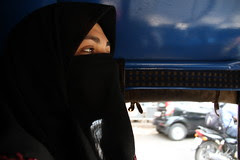 my lifes journey would have been incomplete without her, a photo by firoze shakir photographerno1 on Flickr. 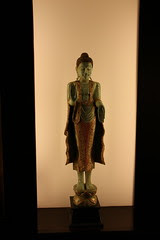 Gautam Buddha, a photo by firoze shakir photographerno1 on Flickr.

"Those who are pure in heart and single in purpose are able to understand the most supreme Way. It is like polishing a mirror, which becomes bright when the dust is removed. Remove your passions, and have no hankering, and the past will be revealed to you"