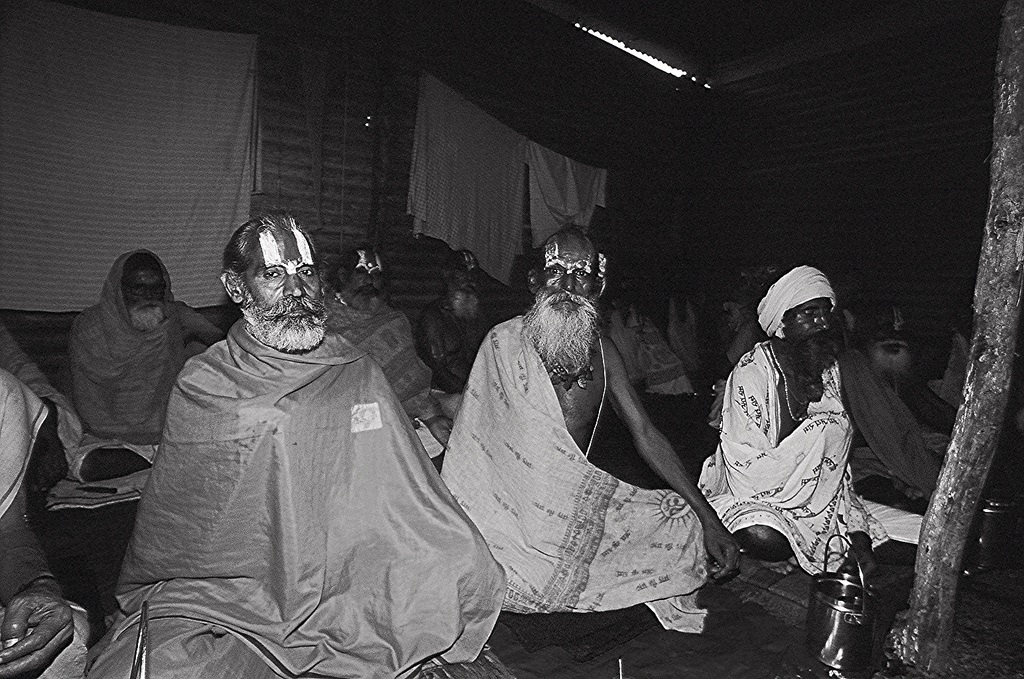 And if you are Swami Nityanandji, Chandrasawmi ji  or even Pilot Baba or the Hare Rama Hare Krishna , the opulence hits you in the face and the Kumbh is about the rich poor divide .

I documented the Maha Kumbh and I saw the hardships of the poor groups of Naga Sadhus fleeced by the contractors , no transparency , and sheer demand of money ..

But I found solace in these small tents of Naga Sadhus The Avhani and the Agni Akhara ..they were hospitable offered you meals and if the meals were over they would cook fresh.

They never asked for money donation but if you gave it to them they accepted it willingly , the Naga Babas with foreign disciples mostly photographers paid lavishly they had to get pictures and joining the Naga Baba was access to the Shahi Snan too,

The facilities at the Maha Kumbh were bad the rickshawallahs charged a bomb no fare regulation and the cops did not care a damn..

The poor who slept on the banks roads faced the fury of the rains and ran helter skelter , I distributed blankets  to the poor  and I did it in the night when they were asleep and just covered them and moved away this was my bit ,, a very small bit .

And shooting the Kumbh if you are a people photographer is  a memorable experience ,,,I met Tantriks I met aghoris I met all kinds of Sadhus ,,

It was a pity because of my work I could only shoot Basant Panchami and had to return back,,

At the Nasik Kumbh Ramkundh I was clueless because of my attire the  heartless blokes were no willing to give  me a Kumbh Press Card ,, and it was the foreign photographers that were given precedence and it is sad that being an Indian they treat you like a piece of shit ,,

And that is the level of Indian bureaucracy that judges a book by its cover .

Now I live with the  Nagas and dont have to suffer fools ,,
By Firoze Shakir Photographer No1 - December 27, 2014 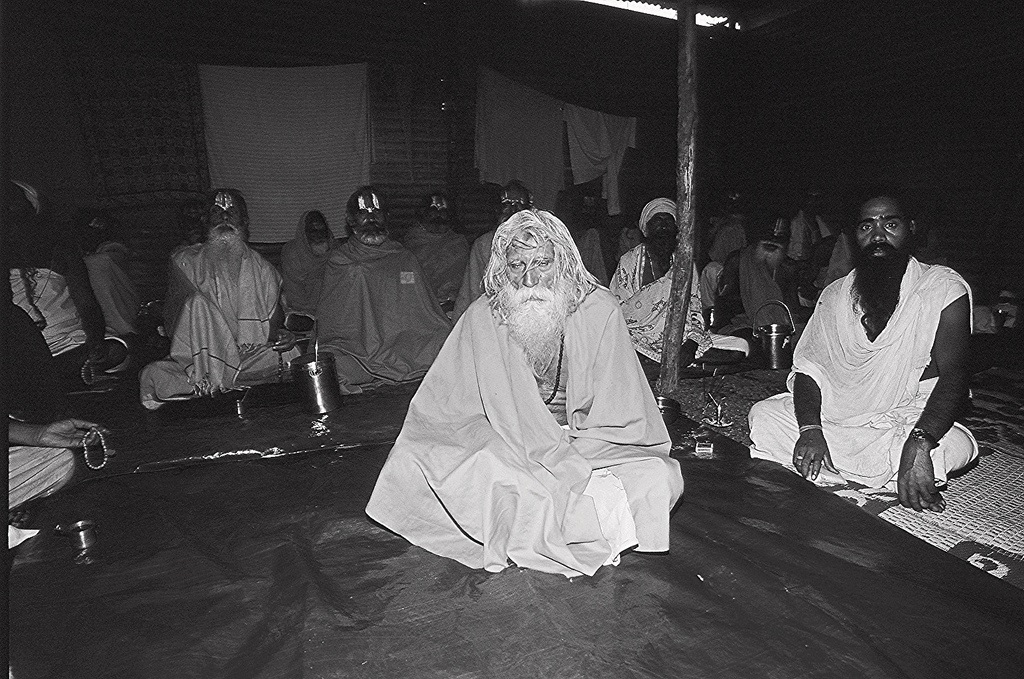 I did not have any contacts , no person who could vouch for me in case of any security problems  and there was apprehension too .I did not stay in a hotel as I could not afford it , and I kept awake on the banks of the Godavri clinging to my  cameras and camera bag.

If i used a public toilet I took my bag  cameras along with me but later one night I met a local journalist from Aurangabad Neeraj Bhanje and he would take care of my stuff while I did my 40 winks ,

And strangely though I never met Neeraj Bhanje again , we are connected on the phone through SMS .

It was later when I went to shoot Trimbakeshwar and had made arrangements with late Mr KG Maheshwaris family to stay at Trimbak Road at their Money Museum..that I was ready to shoot without hassles ,.

I slept one night at the Money Museum but than at Sadhugram I met my future Naga Guru from Santosh Nagar Dindoshi he had seen me many a times at Film City ,,so Shri Vijay Giri Maharaj told me to stay with his group of Nagas till the next Shahi Snan at Trimbakeshwar.

So I stayed with the Nagas shot them , begged with them from  shop to shop, and became one of them.. we were just two Muslims in the group the driver and me.

For safety sake from other volatile Naga groups my Naga Guru began calling me Ashok Bharti as we visited various Shankaracharyas and Maha Mandleshwars..my guru was a known figure among the Junagadh Akhara.

And later after the Kumbh I kept in touch with him , every visit to Film City was incomplete without visiting him at Dindoshi Santosh Nagar .. than once he came home and thus a bond was created .

And because of Shri Vijay Giri Majharaj I shot the Maha Kumbh 3500 images with Naga rituals and daily life at  Sector 4 Allahabad ,, close to the Sangam,

Email ThisBlogThis!Share to TwitterShare to FacebookShare to Pinterest
Labels: I Was A Muslim Photographer Shooting My First Kumbh So I Was A Bit Scared Too
Newer Posts Older Posts Home
Subscribe to: Posts (Atom)