The World of Late Mr KG Maheshwari My Photo Guru 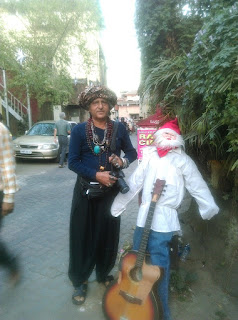 one an old monk
the other a gentleman
the mouse is more
powerful than the pen
the camera an instrument
of knowledge hope peace
with lord shiva embedded
in my cosmic lens ,,
i shoot original content
no sunsets chubby kids
or other nonsense
photography steals
the soul of man
through silence

Happy New Year To All My Friends At Flickr 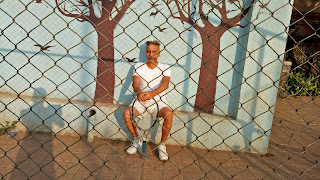 I thank all of you who follow me and those whom I follow I have learnt a lot from all of you ,,you all have added your bit to my street creativity ,,I cannot be you ..but I am inspired by you all.

However if I have hurt you intentionally unintentionally accidentally through my comments or by blocking you I seek your forgiveness ..

I have blocked my Hijra set here at Flickr because it serves as mere titillation and my pictures were being stolen.

I use Flickr as an archive I hardly interact here like earlier I dont know why ,,Flickr maybe the best photo management site but a lot needs to be done I think..

I have hundreds thousands of pictures I shot saved on DVDs as I cannot buy hard drives so of late I am retreiving them and posting it as sets on my You Tube Timeline ,,and You Tube is million times more powerful than Flickr ,, I am posting my images as slideshows via Window Movie Maker as I am not adept at editing ..but yes I have a large collection of visual data that is nothing but original content .

Without boasting or showing off my You Tube views are

I hardly carry my camera like I once did ..I have two camera s both Canon presented by my ex boss in 2011 ,,Canon 60D Canon 7D .. but most of my streets shots are on mobile phone I gave away my HTC826 Desire paid a difference and got the OPPO FS 1 ..

I use my cameras only for events ..I used to teach my granddaughters Marziya and Nerjis both have relocated to their mothers hometown I miss them terribly but life has to go on.

So Happy New Year Happy 2017 from the barefeet beggar poet of Bandra ..