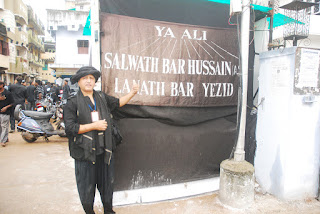 I Did Not Know Losing a Friend Could Kill Me Too 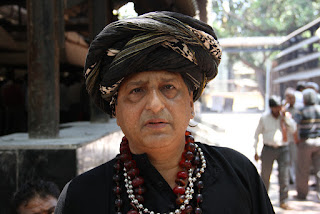 This was shot by another photographer friend , at the funeral of a very dear friend who loved respected me a lot .. late Mr Dinesh Pai .. a devout Gaud Saraswat Brahmin he was at the helm of affairs at the GSB Seva Mandal Ganesha celebrations ,, before the Lord was to be bought to the Pandal , he would diligently call me invite me for Darshan ,

And than having lived in Mumbai for 60 years I am taken aback when I hear stories of media create Hindu Muslim rift .. barring a few Muslim friends ,, all my friends are Hindus or Christians a few Parsis ,, real good friends trusted old time friends .

I have till date never felt ill at ease or uncomfortable as a Muslim perhaps I am more human than Muslim... as I never allowed religion to come in the way of my relationship with people from diverse ethnicity ..

So Late Mr Dinesh Pai was like me perhaps better than me , he did not bring religion in our friendship, he graciously allowed me to shoot Lord GSB. Though a board further away said No Photography ,, I met Dinesh Pai Sab through another dear friend also a GSB ,, Dr Bhujang Pai.

And all these years I have shot  the GSB Pandal as well as Lalbagh Chya Raja ,,,and showcased their darshan through my pictures online.

Than there is my childhood friend Ramesh Mulchandani of Strand Hotel . I used to go to the Hanuman Mandir at Strand with him while he took darshan I stood in a corner , and paid my respect too.

I have till date 61000 Hindu blogs , and all because  instead of only harping about my religion  it was important to give respect another mans religion too.

Which now brings me to the main topic .. why does one join a social networking site .

I mean if you see guys in real life chasing skirts drinking fornicating gambling but on Facebook they become Saints posting religious stuff and tagging my ass for no reason at all.  tagging me to make me aware of my religion and my beliefs as though my parents were shortcoming in their contribution to my upbringing ..I am a Muslim but sadly I cannot  wear blinkers like you ..I dont need them.. My friends are Jews and though I am not like the politics and imperial hegemony of Israel I dont blame my Jewish friends for all that .

I have Pakistani friends , but their politics and their sectarian ideology of Muslims killing Muslims disturbs me too and so I will never visit countries like Pakistan Saudi Arabia ,,I have no interest and I am not a Travel blog I d rather shoot beggara and garbage in my backyard .

This was a funeral I cried a lot and we Shia cry easily we were born to cry it is in our Blood ,,, that is nothing but the Blood of Hussain.

And this was an empty post I added my inner angst .. I have seen to much death and devastation in my last 60 years ,, and I see Death more clearly than I see Life .

Email ThisBlogThis!Share to TwitterShare to FacebookShare to Pinterest
Labels: I Did Not Know Losing a Friend Could Kill Me Too
Newer Posts Older Posts Home
Subscribe to: Posts (Atom)