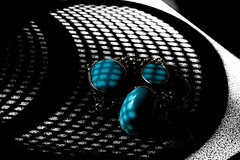 Samiyas Pain
Originally uploaded by flickr photographerno1
now i know what it means
to be a father a pain outpour
a darkness that has robbed a glow
samiyas illness taught me so
a condition that gets bad as each day goes
her smile .her laughter her moods high and low
a freakazoid father feels therefore
a family’s heart that has gone sore
pray to god that it will soon blow
go where ever it has to go..
my wife the anchor more solid metallic steel as our core
as each turbulent wave after wave hits our door
we bow to his bounty stranded on an inhospitable shore
to reach home safely
we beg implore..
samiyas pain
pains us more
we look now
for a hope
beyond
the seashore
By firoze shakir - October 02, 2007 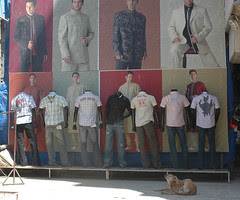 The Portico to be Demolished 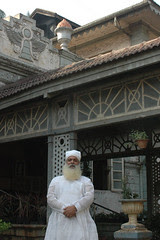 The Portico to be Demolished
Originally uploaded by flickr photographerno1
By firoze shakir - October 02, 2007

Save Our Sacred Temples 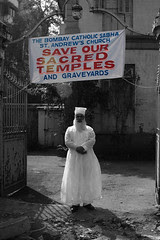 Save Our Sacred Temples
Originally uploaded by flickr photographerno1
By firoze shakir - October 02, 2007

The Parsis are Angry 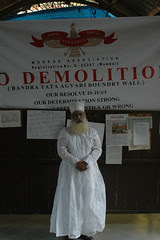 The peace loving Parsis , the pride of Bandra for their love to all without any communal bias ever , born with the genes of love , they love nature and are good natured themselves .
After the Christians it is the to the Parsis I owe my culmination of being a good man, and with my hooked nose and my Bawa name Firoze ..I am mistaken for one provided I dont wear all my jewlery and fancy clothes.

My childhood close to Patel Agiary at Colaba Bus Depot and my friends Keith Kanga and Rayomand Framroze are the best of the Parsis..and Parsis are great folks.
Later I shifted to Strand Cinema and it was Cusrow Baugh , Swabal Stores and hair cuts at Hygeia, and goan stuff at Kitchenette..
To day much older and wiser I have Parsi friends Mr Dinyar Jameshedji of Noble Paints his sons Shahveer and Ashdeen.. and I could not make it to Ashdeens wedding at Pilot Bunder Afghan Church Agiary because of Samiyas ill health.
I owe my tryst as a fashion stylist to Mr Rusi Karanjia the Father Of Indian Press who told my Dad very confidently dont throw him to the vultures let him live with doves ..
This is to a death wish of Dad wanting me to be a journalist.. when I finished Ssc..at Holy Name High School Colaba.
I stayed near the Tata Agiary and it is the first time I entered its precincts and took permission and spoke to the High Priest of this beautiful community Mr Dinyar Vazifdar .. who along with his congregation is hurt , because of being targetted by the Municipality , the road widening of Hill Road means the Tata Agiarys boundary wall and the portico will go..
On Saturday every community stood and supported the Parsis to fight injustice of a system that spares the rich Baniya class and hits out at the minorities..
And the politicians will take credit in the end..
By firoze shakir - October 02, 2007 Assalamu-Alaikum-Wa-Rahmatullah HOWLIN' DERVISH
Originally uploaded by flickr photographerno1
walakum salaam my dear howlin..
the heartbeat of the poem hunter forum fame
here a face beneath a face with a different name a seersuckered mind game
poetic wizardry putting the best of humanity to shame..
with knuckle dusters nan chakus a poor poets territory claim
a stolen picture within a picture frame..
no one but ourselves to blame the origin of the candle flame
a new brave world trampled we proclaim

The Agony and Angst of Mahatma Gandhi 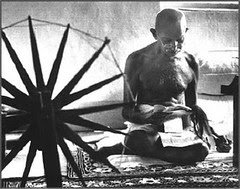 
Jawaharlal Nehru addressed the nation through radio:
“Friends and comrades, the light has gone out of our lives, and there is darkness everywhere, and I do not quite know what to tell you or how to say it. Our beloved leader, Bapu as we called him, the father of the nation, is no more. Perhaps I am wrong to say that; nevertheless, we will not see him again, as we have seen him for these many years, we will not run to him for advice or seek solace from him, and that is a terrible blow, not only for me, but for millions and millions in this country.
By firoze shakir - October 02, 2007

Shab E Zarbat Early Arab Barbarism
Originally uploaded by flickr photographerno1
Today is the eve of the Shab E Zarbat the night of the attack on Hazrat Ali at Kufa Mosque while his head bent in prayers and the serious attack on his person by the Khajirite Adar Rahman ibn Muljam, this is earliest Arab barbarism, you could kill a person in the House Of Goad and get away with it , this was the hypocrtical nature of those who followed Islam and those who condoned such atrocities including the genocide on the sands of Karbala of Imam Hussains family while the rest of the Islamic world watched in eunuch silence..The same mayhem, continues on a larger scale under the guise of Islamic puritanism, the so called misplaced Martyrdom of Jihadi Terrorists who have hijacked Allah and his Holy Word.
The silence once again making the radical elements take up their cause of destruction with more venomous vigour..
It shames Mankind completely..
No God asks his followers to kill..
And if such a God exists than he is a fignment of a distorted radical fundamental mind..The rest of the sane Islamic World searches for Peace and Brotherhood and end to sectarian strife, Shias killing Sunnis and vice versa, is nothing but Muslims love killing Muslims..and the few disgruntled Jehadi elements who kill anyone who is not a Muslim too...and cybernetic Hate from the minarets of websites like Char Yar and Allah Ho Akbar..instead of promoting Muslim Unitty and Brotherhood..

They assassinated Imam Ali (pbuh) at his finest time - the hour of standing before Allah, the Exalted, during a prayer of submission, in the best of days, while fasting during the month of Ramadan (Mah-e-Ramazan); during the most glorious Islamic duties, while preparing to wage jihad, and in the highest and most pure divine places, the Mosque of Kufa.

May joy be to Amir al-Muminin Imam Ali bin Abi Talib (pbuh) and a blessed afterlife!

The crime of assassinating Imam Ali (pbuh) remains one of the most cruel, brutal and hideous, because it was not committed against one man, but against the whole rational Islamic leadership. By assassinating Imam Ali (pbuh), they actually aimed at assassinating the message, the history, the culture and the nation of Muslims embodied in the person of Imam Ali bin Abi Talib (pbuh). In doing so, the Islamic nation lost its guide of progress, and at the most wondrous opportunity in its life after the Holy Prophet (pbuh).

Imam Ali (pbuh) suffered from his wound for three days, and He (pbuh) passed away on 21st of the month of Ramadan (Mah-e-Ramazan) at an age of 63 years.

During these three days, he (pbuh) entrusted his son, Imam Hasan (pbuh) with the Imamate of guiding the nation ideologically and socially. During those three days, as during all his life, he never ceased remembering Allah, praising Him, and accepting Him and His ordinance.

Likewise, he continued giving pieces of advice and directions leading to good, pointing to the right, defining the way to guidance, explaining the course for deliverance, calling for the observance of Allah's ordinances, and warning against following one's ill desires and set-backs from not carrying out the divine message.

The following is one piece of advice offered to his sons, Imam Hasan (pbuh) and Imam Hussain (pbuh), as well as to his people, the nation and coming generations:

"I advise you to fear Allah, and not to run after (the pleasure of) the world, even if it may run after you. Do not be sorry for anything from it which you have been denied. Say the truth and act for (Allah's) reward. Be an enemy of the oppressor, and be a helper of the oppressed."

"I advise you, my children, my household and all those who may receive my message, to fear Allah, to arrange your affairs well, to maintain good relations among yourselves, for I have heard your grandfather (pbuh) saying: 'Good relations are better than prayer and fasting in general.'"

"(Fear) Allah when handling matters of orphans. Do not let them starve, nor allow them to be lost as long as you are there."

"(Fear) Allah in respect to your neighbors, for they were the trust of your Prophet (pbuh). He went on asking us to take care of them, so much that we thought he would make them heirs (of our heritage)."

"(Fear) Allah in respect to the Holy Quran, (take care that) no one may excel you in following its tenets."

"(Fear) Allah in respect to prayer, as it is the pillar of your religion."

"(Fear) Allah in respect to your Lord's House (Kaaba), do not forsake it so long as you live, because if you do you will not be looked upon with respect."

"(Fear) Allah in respect to Jihad, fight with your wealth, your lives and your tongues, in the way of Allah."

"Have mutual liaison and give-and-take. Beware of turning your faces from, and of renouncing, one another. Do not abandon bidding good and forbidding evil, lest vicious people may overrule you, and then in such a case, your invocations will not be responded to (by Allah)."

Then he said: "O, Banu Abdul Muttalib, certainly I do not want you to wade through the blood of the Muslims, crying: Amir al-Muminin was murdered. You certainly kill for me no one but my killer."

"Wait till I die by this stroke of him (Abd-al-Rahman ibn Muljam), then strike a single stroke against him, and do not disfigure his body, for I had heard the Holy Prophet (pbuh) saying: 'Avoid mayhem even with a rabid dog.'"

Such was the heroic end of this great man! The loss to the Mission and the nation was the gravest after the loss of the Holy Prophet (pbuh).

By the death of Imam Ali (pbuh) the nation lost:

A heroism that had become the song of the time;

A courageous history that has never dreamt of its like;

A wisdom no one can fathom, save Allah;

A purity, the like of which was only in the prophets;

An abstinence from the pleasures of life that could be attained only by the nearest to Allah;

An eloquence such as to be the echo of Book; and

A jurisprudence, and a thorough knowledge of the laws of religion, that made him the 'gateway of the city' of the Prophet's knowledge, and the authority to whom the Islamic nation referred in all its affairs.