When Body and Soul Meet 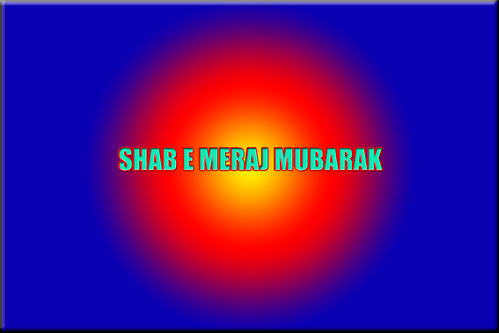 sent to me by habib nassar 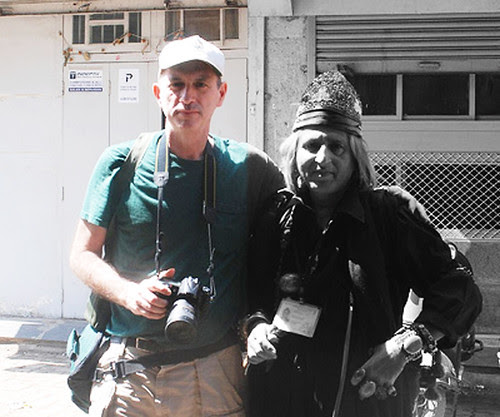 Marziya Shakir- The World of Children

Children generally have their own world , a world of peace love hope and harmony.
They transport you to this world on wings of angels that exists in their hearts their souls and in the cavity of their heads.

Their thought process is superfine, not like ours , which is a jarring graph of chaos and uncertainty.

Perhaps the birth of Marziya bought me closer to a child's world.

Marziya loves children but only those older than her , she treats kids of age or younger in a matter of fact way, she will touch their cheek and in a very condescending way..her sense of touch and her sense of smell being strong, she will blurt out fish much before I pass the Bandra Fish Market.

The amazing part of Marziya is her fondness for books, pencil and pen..
She wont have her lunch or supper , she needs to watch cartoons, Mr Bean being her favorite.

Yesterday I took her to a persons house and there was a dog exactly the same breed and color as Lucky, he growled at her , later he became Marziyas known friend.

So I find Marziya and animals is a inner bonding..an inner magical quality.

The only regret I have is I have not taught her swimming , but she is a water child , she loves getting wet in the rains shouting with joy the Hindi word for rain Barish.


The pajamas she is wearing is cotton stretch , remnant of a clients shirt fabric, she liked it, I immediately had it stitched like my own pajamas in 15 minutes, my guy took her waist hips length measure..but she was not surprised as she takes the measure tape and measures parts of my leg..she knows what it is used for,including the stick she is holding in her hand.

Most of the time she will cup her hand to the ear having an imaginary conversation,as one has while speaking on the mobile phone.

She knows her shoes , she brings them out of the shoe box in similar pair.

She loves jewelery, and most of all she loves herself in the mirror, she takes the final approval of her appearance in the mirror.

She is a Shia child , she knows her heritage , a heritage of pain that we call Hussainiyat, she does matam, she takes a hanky weeps cries, pretending she is at a majlis.She does it at the ladies Mehfil at Bandra when the sad part called the Masaib are recited.

But what gets her excited is the namaz, she will follow all the rituals after my wife, bending her head, folding her hands , she will take the tazbi,the beads and began turning it on her little fingers.

She loves her father, if she is with me and spots her dad whom she calls Abu, she will drop me like a hot potato than she wont come back to me .

And I dont force myself shooing Marziya , neither do I go overboard, I shoot her as an impulse , as a process to unlearning photography.

She knows Bandra bylanes and will lead me into them with her finger.

I took her to St Peters Church , I had gone to say hello to Fr Gerard and she loves the surrounding, the kids playing in muck..she loves the aura of most of the paces that are my pictorial haunt.

I bought her a tiny umbrella but being moody she hardly has a urge for it, in short it has lost its newness..

Marziya has has encounters with the Hijras too, but she is wary of them, she hides her true emotions..she will watch them curiously but wont make any moves..

She loves beggar kids, I bought her two chocolates I told her to give one to the beggar kid, she gave it to her, the other one I told to keep it for herself, but without batting an eyelid the gave the second one to the beggar child too with a happy smile on her face.

Marziya has been my coming of age..close to my shop there is a Muslim pani puriwala, I happened to give her a taste of the pani puri, and I take the masala water spiced which is poured into the puri, now as we pass Mohomed Bhai the panipuriwala Marziya will put her finger in her mouth indicating she wants it..

Most of the kids around Bandra know her by name , the schoolk kids wave out to her , and if I dont bring Marziya down for a day or too, than they begin pestering me , Uncle where is Marziya..

In the lift Marziya knows the button to press , while going up or coming down.

Marziya loves cops, and the cops love her too, whenever I take her to Mr Shatrughan Sinhas house , she will leave my hand go and salute at the officers part of his security , shake hands with them.
I guess the power of the khaki uniform.

And today is Marziyas first commercial photo shoot for my daughters project - for an ad.

Marziya is a child born also from the womb of a camera is the least I can say about her..I miss the Canon G9 that a wretched person stole from me on 9 Moharam procession, it was Dr Glenn Losacks gift to Marziya .A perfect camera for her.

Marziya loves black tea like me and her father .


Marziya plays with her uncle Saif , and gets overexcited with Samiya my daughter and her husband Assad.

Whenever Shayan my nephew visits Bandra than she plays with him..and not sometime back, he had held her on his lap when she was one month old and Shayan about 6 years I think.

She is Muslim woman a paragon of hard work and duty and she wont retire till she is alive.
Her husband is blind Ismail Chacha , who was in the Army than worked for Mumbai Port Trust till he lost both eyes.
Ismail Chachas father worked for the Nizam and the Jinnah family.

Their daughter lives in New York, and Hafiz Bi has spent a few months in America too.
Her other grandson works in London.


They all want her to give up her daily ritual of selling ladies and children s garments on a handcart at Bandra Bazar Road.

Hafiza Bis other grandson Abdulla is a hair stylist.


She tells me that it was the earnings on this handcart that helped her educate her children.

They had several rooms in a nearby chawl, but all usurped by relatives.

Hafiza Bi is my favorite, and shooting her and her husband blind Ismail Chacha gives me a great high..