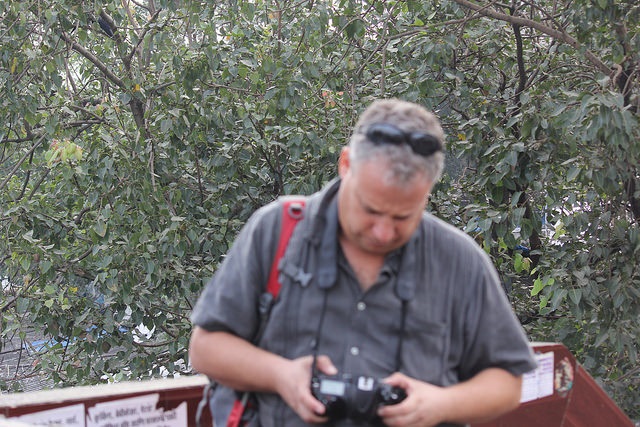 Mr Boaz Retter an American and a Flickr friend arrived in Mumbai  late night yesterday, and I asked him to come to my house and spend the night and would check him at a hotel in the morning .

In the morning really early we left to shoot the Mahalaxmi Dhobi Ghats and  we shot the laundry down below the guy Maksood charged Rs 400 ,, to let us take images of the laundry and from here we left for Do Tanki I had to give my dagger for sharpening .

I left the dagger and told him I would pick it an hours time I took Boaz to Moghul Masjid Imamwada , Fotowat Imamiya Masjid and Amin all the Shis strongholds and than walked down Hazrat Imam Hussain Chowk , to the Dargah of Hazrat Abbas and to Kaisaer Bagh,

But prior to all this we had breakfast at the newly renovated Star of UP at Chor Bazar  we walked the lanes of Chor Bazar .

From there we went and shot the other lanes and headed back to Lucky Hotel .. lunch was pulao at my house and my grand daughters took turns  shooting Boaz..

And from Mumbai we will soon go to shoot Ashura in Hydrabad in a day or two. 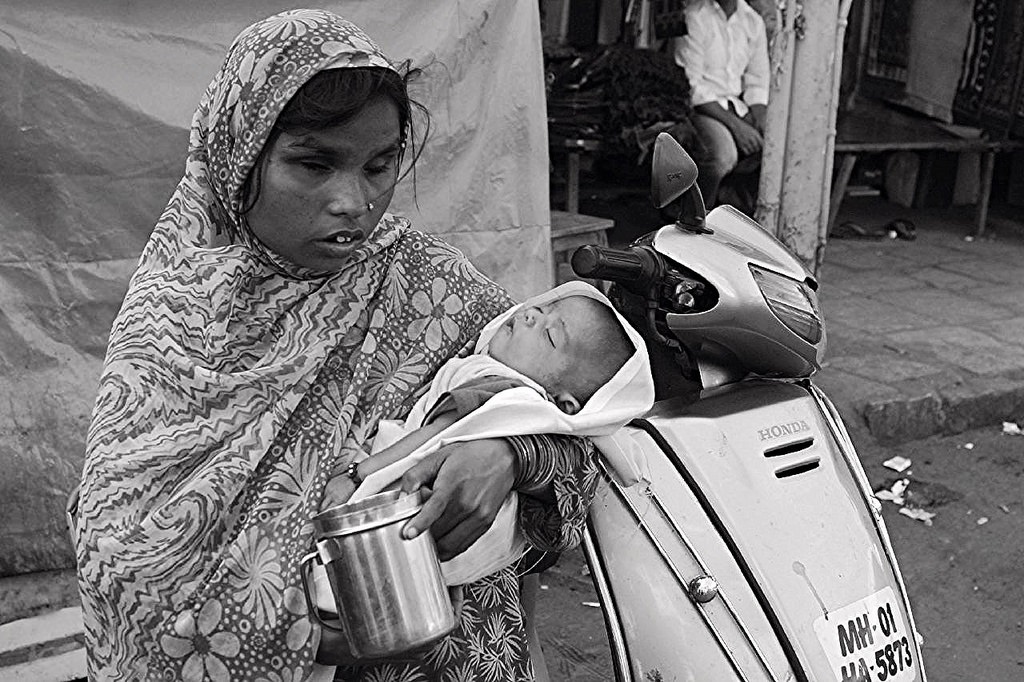 the blind beggar
begs that she is a
muslim i need not
stress.near nawab
masjid pydhonie
her address her
husband is blind
too in all fairness
two children with
vision that god
blessed ..
what is their future
what is the future
of their children
lets not take a guess
her children will be
begging too they
need food and dress
their life threadbare
nothing do they possess
living on the roads their
domesticity and progress
i steal souls of beggars
palm them off as poems
i must in humility confess

i am photo blogger ,not related to
the press .. i shoot simple pictures
simple stories of people living
under duress ..that time cruel
fate has oppressed ..their
silent feelings through images
i express ,,

Email ThisBlogThis!Share to TwitterShare to FacebookShare to Pinterest
Labels: On Her Blindness

Sir I Love Her But Her Fathers Hates Her A Lot 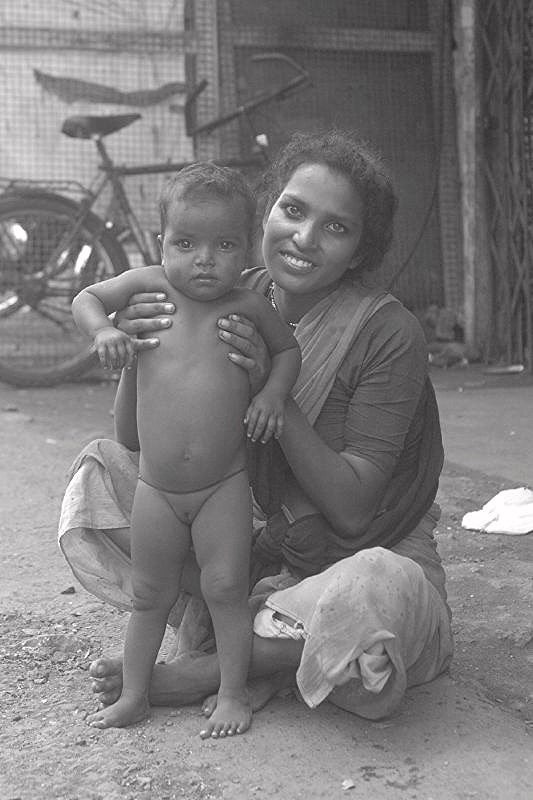 he says she is a curse
he would love to throttle
her neck it could be worse
why could you not give me
a son his voice abusive terse
so we beg on the roads while
he drinks robs money from my
purse gambles our lives dispersed
my fate accursed ..if it could be
reversed ..a pain perverse ..for
poor people like us ..fallen angels
of the universe ..our dreams like
bubbles burst ,,,
By Firoze Shakir Photographer No1 - October 28, 2014

Email ThisBlogThis!Share to TwitterShare to FacebookShare to Pinterest
Labels: Sir I Love Her But Her Fathers Hates Her A Lot 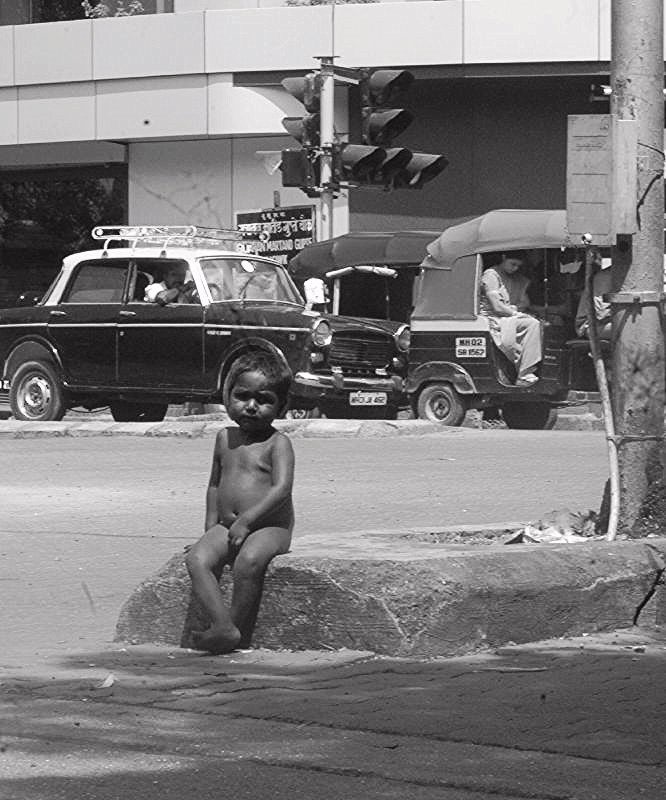 Email ThisBlogThis!Share to TwitterShare to FacebookShare to Pinterest
Labels: the untouchables

Yes We Make In India 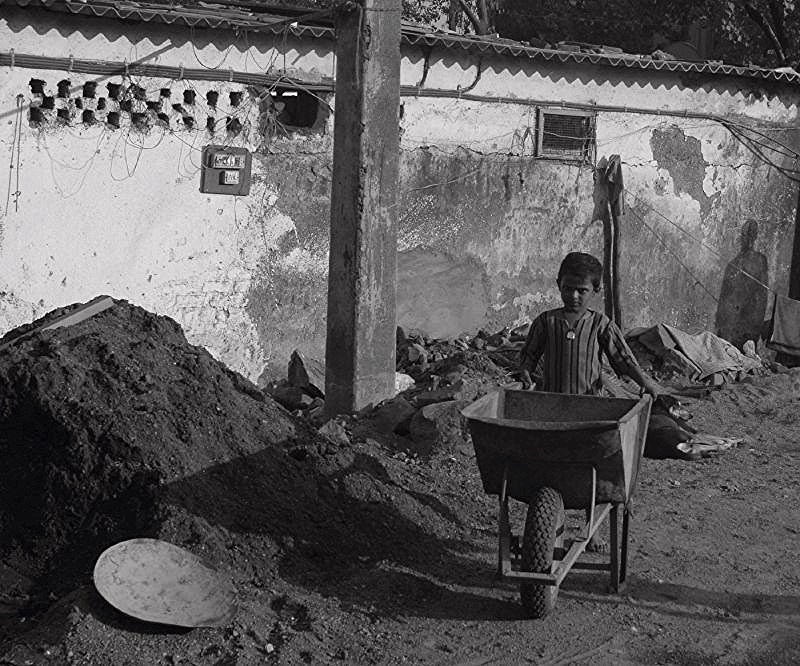 children
our labor force
in the construction
industry in workshops
dhabbas restaurants
in embroidery workshops
in carpet industries working
away their woes.. morning
night long hours on their toes
if they feel drowsy fall asleep
given hard blows ,a river of
remorse evil corruption its
source ,,for the child enslaved
bonded all doors closed ,,

dedicated to our erstwhile PM...
story of a trampled rose
By Firoze Shakir Photographer No1 - October 28, 2014

Email ThisBlogThis!Share to TwitterShare to FacebookShare to Pinterest
Labels: CHILD LABOR, Yes We Make In India

The Humility of The Self Made Tailor of Bandra Bazar Road 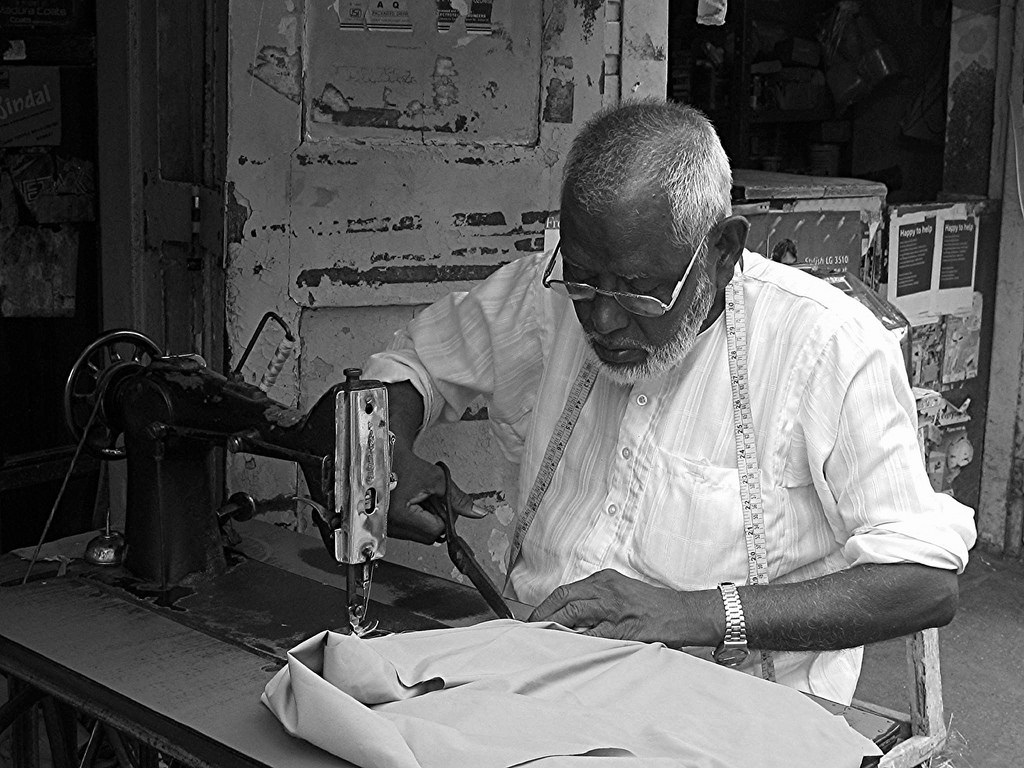 Ever since I was a child the only profession that has been part of our lives has been tailoring ,,my fathers family were rich vinegar merchants but he opted for tailoring and master cutting.

He very much wanted me to get into this family trade but somehow my heart was not a bit into tailoring , I was a questioning child and my dad short tempered hated to give answers so the measuring curved scale was his reply .. I decided tailoring was not my cup of tea.. but somehow God pushes you towards what you hate and I opted for tailoring in the end , after a stint selling washing machines , air conditioners at Muttrah Muscat with Dr Hamed Al Riyamis Tecodev in the 80s did not get me anywhere .. I also tried to sell textiles at Ruwi with Al Anwar Stores at Ruwi Muscat but called it a day ,,

Came back to Mumbai and took up tailoring ,, and so this tailor down the road made me think of myself in his place ..but even that was not to be I became a high end Darzi,, I dont like to be called a stylist or a fashion designer ,, a trade that should be reserved for a few copy cats ,,

And whatever I am today is because of tailoring and luckily my kids wont have to be tailors ..in my  family only my younger brother is in this tailoring cutting field ,, others all branched out to professions of their choice ,

But if my parents were well off and had I used my aptitude I could have become a journalist my Dad used to make clothes of Mr Rusi Karanjia and he took me to Mr Karanjias office ,, he looked at me and said Son you better take up your fathers trade there is a better future in it this was in the 60s ,,

And in the 80s I was making Mr Rusi Karanjias safaris and suits,, and suits of late Mr Leybourne Callaghan .

The only person whose clothes I will miss making is late Mr Rajesh Khanna he had great hopes for me and it was Mr Khanna who forced me to leave  highly paid job I had ,, he said be self dependent and he promised he would see I was well settled these were his prayers wishes for me, perhaps in my entire life he was one of the most human loving actors and the next Mr Danny Denzongpa ,, who has contributed to my sartorial humility .. and Mr Shakti Kapoor and Mr KRK , the one and only Mr Kamal Khan.