For Beggars Ramzan Is The Month When God Answers Their Prayers 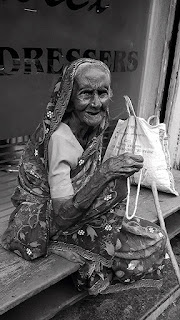 his Muslim lady sat outside Rolex Hairdressers at Bandra Bazar and I shot her in 2014 ,, I have not seen her lately , but she liked Nerjis a lot ,,and she begged without opening her mouth , her silence held her breathless pain.. and I shot her , tried to share her pain with all of you ,,Now that I video shoot beggars I will talk to them and hear from their hungry mouths the Essence of Ramzan in relation to Beggars ..
And I have over 2744 images in this collection of Ramzan images at Flickr as a set..I captured the elusive tear of a Muslim Beggar .. weeping with joy as God answered his prayers through kind generosity of a few good Muslim Rich... who gave without telling the whole world.
They gave ration , food grains , clothes oil ..and this is Ramzan giving and forgiving as a street photographer and as a Muslim nothing escaped me , I know Hindu friends who gave generously , and there are many Hindus who keep the Ramzan fast with respect to their Muslim friends ,, Ramzan binds everyone ,, is what I have seen ,it adds Hope ,, Serenity and collective Spirituality of Universal Peace .
I was speaking to Mary a beggar at Boran Road ,she was a Hindu converted to Christianity and is now influenced by holistic Islam , she wears the head scarf and sits outside a Madrsa , her mother Maria a leper has gone back to her hometown as the rains are bad for her sores , her flesh starts falling off and sadly she will miss Ramzan ..Marys children are in a boarding school thanks to a few good souls ..
So Education is what these beggars children need badly to bring their parents out this quagmire ,,, education that a few Mullahs think is only Arabic classes and religious scriptures not Maths Science or even Yoga for that matter ..
So Ramzan is also about feelings emotions aspirations and fulfillment of Dreams and I shall try to shoot all this ,, share it with all of you.
By Firoze Shakir Photographer No1 - June 18, 2015

Email ThisBlogThis!Share to TwitterShare to FacebookShare to Pinterest
Labels: For Beggars Ramzan Is The Month When God Answers Their Prayers 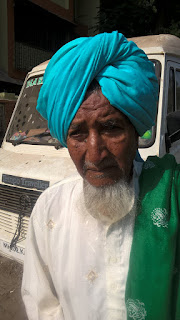 Ramzan starts with the early morning call .. waking you up to begin your fast , and the very poor in the slums depend on the Awakeners , with a stick and a torch they knock at doors shouting Ramzan Mubarak Aya Ramzan Mubarak Aya ,,

Their humility simplicity adds to the flavor of Ramzan and after they wake up people you will find them in a street corner starting their fast too.. with some victuals .On Thursdays they visit houses and slums to be paid for their services . 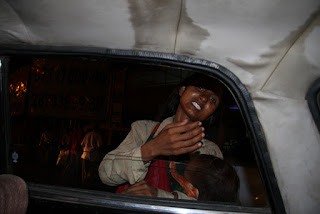 The happiest people during Ramzan are the beggars not just Muslim beggars but Non Muslims too , and this is the month that the beggar says ,, Bhar De Jholi Meri Ya Mohamed Tere Ghar Se Na Junga Khali... Oh Mohomed Fill My Life With Hope I Wont Go Empty Handed From Your Bounty ,,

Beggars also fast but they also beg..and you will see hordes of them outside Mosques Dargahs ,, and they get alms the entire Holy Month , the most Pious month a Month where Love is replaces Animosity ..But one thing never ends Muslims will be bombing killing Mulims also during Ramzan .. the persecution of the minorities , the suicide bombers will all be active ,,beheading , and this is the flip side that hardly anyone talks about and I hope this Ramzan the accursed Boko Haram release the school girls in the Name Of Allah..

So Ramzan means a lot of things from one Muslim to another , but it is a month that everyone remembers Allah..from early morning at Sairi till Iftar .

Ramzan is not just shooting food and the foodlanes of Mumbai , malpuas , kebabs but those faces hungry looking at you eating the food with hunger like fire in their eyes at Minara Masjid .

I stopped shooting foodlanes ,, It shamed the beggar in me .


And this was an old post , blank I have added my angst and my poetic pathos ,,I will see that both Nerjis Marziya shoot Ramzan Mubarak  .. the vacuous eyes of the beggar child in her mothers lap.

Here I must add I used to visit Falkland Road and the Muslim transgender stopped all commercial activities fasted read the Holy Scriptures ,, and next door the Hindu transgender invoked Lord Ganesha ,, this was mutual co existence.

In Bollywood Hindu producers .. make arrangements for breaking fast for their Muslim staff crew and actors ,, and the Spirit of Ramzan prevails as Peace Hope and Humanity .