Whats The Use Of Being A Hindu Or A Muslim.. If You Cant Think Like An Indian 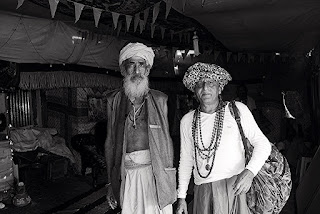 You Talked So Much About Amir Khan Tolerance Intolerance ,,, The Poor Man Of India Has Nothing To Talk About 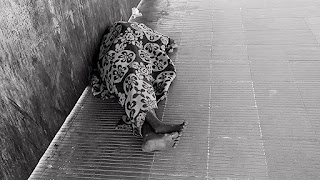 on the streets dreaming of good days that is what politics is all about masterful oratory as he gestures shouts on twitter
facebook a few words from an actor a
hateful spiteful wrestling bout ,,the bhakts
impassioned ready to kill throw him out
tell me is this is what India is all about ,,
instead of peace hope harmony it is hate
that sprouts ,,god save us from foul mouthed
evil spewing BJP motormouths ,,,this is
surely not what BJP is all about ,,,today
you are in because of a modi wave tomorrow
you may be out ,,hindustan is not just hindutva
within or without ,,,it is devo atithi bhava ,'humanity
humility hospitality ,,,living in mutual coexistence
without fear without threats without any doubt
By Firoze Shakir Photographer No1 - November 29, 2015

Shias and Sunnis live peacefully in India, so why don't the Arab countries learn from it? 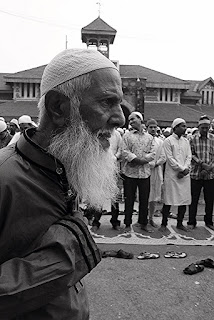 In a country like India where the majority is Hindu
the Muslims be it Sunnis or Shias live peacefully .
one sect another sect does not bash or bully ,,
the spirit of India is what makes Islam in India .
propound itself beautifully ,,barring a few stray
incidents in a few cities Muslims live happily ,,
Muslims dont kill Muslims in India ,,is a thought
that other Muslim countries must understand see
We In India Muslims practice our Faith freely..
The most tolerant country is India ..to be born in
India  is Gods Gift to man Bohras Agha Khanis Sufis
Sunnis Shias different branches but one family tree
By Firoze Shakir Photographer No1 - November 29, 2015

Email ThisBlogThis!Share to TwitterShare to FacebookShare to Pinterest
Labels: Shias and Sunnis live peacefully in India, so why don't the Arab countries learn from it? 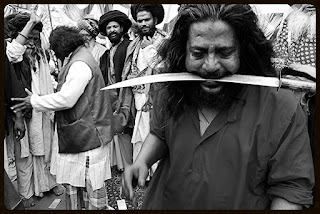 Qalandar (Persian origin, also written as Qalander) is a title given to sufi holy men especially in South Asia. Some famous Sufis with the title Qalandar include Hazrat Lal Shahbaz Qalander and Bu Ali Shah Qalandar. The Qalandariyah also refer to the name of a sect of roaming Sufi dervishes.
The Qalandariyah, Qalandaris or "kalandars" are wandering solitary Sufi dervishes. The term covers a variety of sects, not centrally organized. One was founded by Qalandar Yusuf al-Andalusi of Andalusia, Spain. Some kalandars practiced asceticism and often used hashish, alcohol, and other intoxicants.
Starting in the early 12th century, the movement gained popularity in Greater Khorasan and neighbouring regions. The first references are found in 11th century prose text Qalandarname (The Tale of the Kalandar) attributed to Ansarī Harawī. The term Qalandariyyat (the Qalandar condition) appears to be first applied by Sanai Ghaznavi (d 1131) in seminal poetic works where diverse practices are described. Particular to the qalandar genre of poetry are terms that refer to gambling, games, intoxicants and Nazar ila'l-murd - themes commonly referred to as kufriyyat or kharabat.
The writings of qalandars were not a mere celebration of libertinism, but antinomial practices of affirmation from negative action. The order was often viewed suspiciously by authorities. The Kalendar of the Arabian Nights is properly a holy muslim ascetic who abandons the world and wanders about with shaven head and beard.
In some culture Qalandar's are controversial and viewed as heretic. In other places they are exalted and considered elect holy men. In Persian sufi poetry written in eleventh through fifteenth century there is praise for Qalandars. Rumi for instance wrote:
Bazm-e sharab o lal o kharabat o kaferi
molk e qalandarast o qalandar az u bari
guyi qalandaram man o in del pazir nist
zira keh afarideh nabashad qalandari.
Carousing and ruby - wine and ruins and disbelief,
These are the kingdom of the qalandar, but he is detached from it.
You say "I am qalandar!" But that is not agreeable,
since qalandarom is uncreated.
What is a Qalandar? A Qalandar is called a free spirit who has no wordly shackles and they are different from all ordinary human nature. In popular folk beliefs its considered that one Qalandar possess the power of hundred Walis (saints). Qalandars have discarded the lower human nature and flown to their lord. Qalandars can seem to be strange or act or dress strange. Their personality is different and sometimes bizare, but in reality a Qalandar is in Jazb, a secret reality intoxicated in the love of God and Divine Figures, messengers and saints. They closely resembles to wandering zen buddhist monks in their outward modes and sometime in their fierce madness due to intoxication into 'other reality'. Often time they are given special vision and hidden mysteries of reality are made known to them.
Some define Qalandars as an itinerant sufi, a wandering dervish, who learns and teaches during his travels and wandering.
Qalandar's are sometime considered hidden saints, embodiment of the perfect man (insan-i kamal) who hide themselves in the robe of beggar and wanderer. Although there has been distinction made between those who took the dress of qalandar as a fancy and those whose spiritual concerns are genuine.
The Qalandars deconstructs selfhood. He obliterates identity. He seeks to become "not Me" to himself.
The 13th century sufi Najm al-Din Daya Razi wrote about the figurative significance of the qalandar as: "The student of the path or Morid, must have the attribute of one who courts reproach and the character of a qalandar, but not in the sense of contravening the sacred law and imagining this to be the desired state. "
source
http://www.techofheart.co/…/08/qalandar-wandering-sufis.html
" rel="nofollow">www.techofheart.co/2008/08/qalandar-wandering-sufis.html