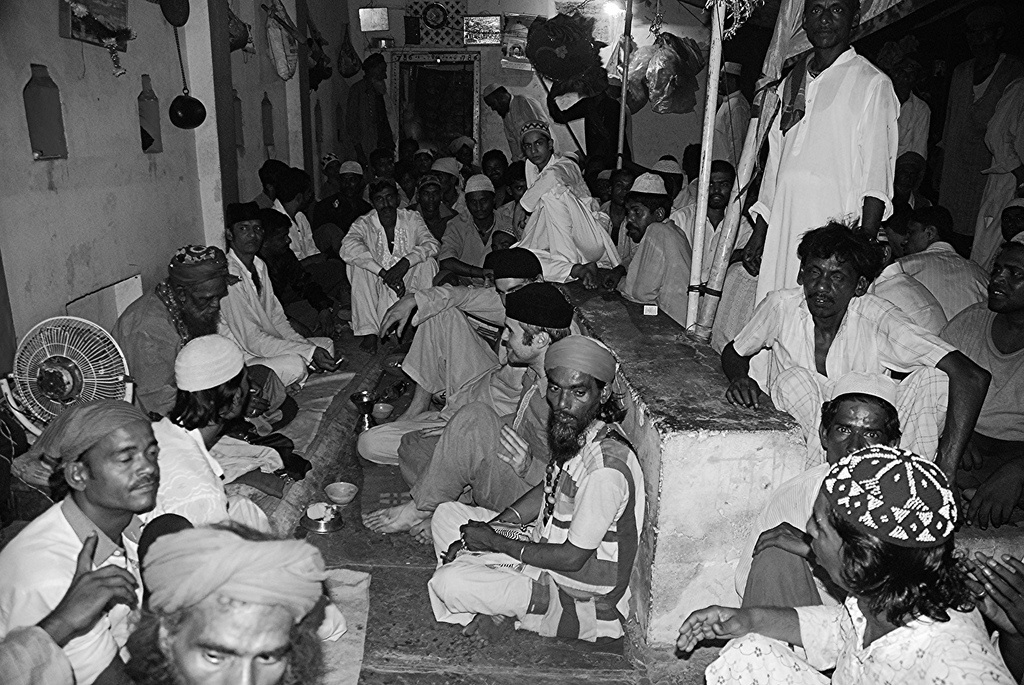 When I first came here in 2004 I was not allowed to shoot , Noubat Ali Baba flatly refused to be photographed I told him I was documenting the Rifai Silsila did not impress him in the least than I told him I was a Maulaiee a follower of Ali he smiled but allowed me to shoot around the Chowk .

It took me several years before I pulled him into my cosmic frame I also presented him rare agate rocks tied as a necklace when he came to know I stayed with Peersab Fkru Miya Hujra no  he became more congenial..but I stood at the edge ask him to bless me because I was going through terrible times fighting my demons .

Than in 2011 I joined the Order of Dam Madar Malangs as I liked their frugality simplicity and their austere spirituality and I began documenting the Madarriya Order of Zind Shah Madar...being very close to the Head Masoomi Baba and Syed Rafiq Ali Baba .

I went to the Urus of  Zinda Shah Madar in 2013 at Makanpur , this year I hope to make it again, I have told Rafiq Baba of my request.

Documenting Makanpur is tough , but worth the effort .. it is one of the most crowded Holy Shrines in Uttar Pradesh.

I also want to document the Sada Suhagins but sadly in India we dont have sponsors who will financially support us , nor is there any interest in this form of austere Sufism.

And my photography is not to earn big bucks I spend from my pocket and I have nobody dictating to me what to shoot what not to shoot .

Photography must have a purpose or it is mere adding fuel to self conceit , my is better than yours ..

And you have to gain the trust of the people you shoot much tougher than being Eaten Alive by an Anaconda .

This is a window of my world with shut doors I try open it out a bit so you can see it I dont proselytize or promote any religion or faith simply  the diverse culture of my Mystical Motherland.

I heal through pictures .. yes I heal myself taking pictures ,, from within and without.

Email ThisBlogThis!Share to TwitterShare to FacebookShare to Pinterest
Labels: You Have To Be Sure What You Want To Shoot And Why You Want To Shoot
Newer Posts Older Posts Home
Subscribe to: Posts (Atom)