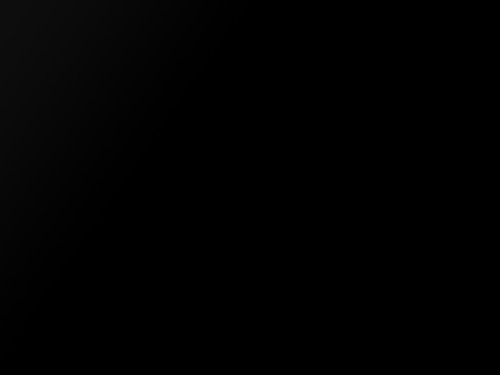 The Danger of Adding Friends on Facebook, originally uploaded by firoze shakir photographerno1.

This is a very serious matter , and it has happened to me can happen to anyone of you..

I get requests for adding a friend at Facebook, I add them as sometimes they are among mutual friends list, I have no qualms, as I always thought there was more transparency on Facebook..words and an opinion that I take back completely.

I got conned at Facebook, the culprit also from Bandra where I live ,who threatened to send underworld goons to my house implicate me in a false police case , get me beaten by the cops,, had added most of mutual friends including my daughter ..and a very close friends nephew in Dubai too..

I wonder his parents know about his activities on Facebook, and I hope Facebook authorities take serious action of his threats against me I have reported this incident to Facebook authorities enclosing his threatening message to me, , I have followed this matter in the right direction also..and taken recourse for my safety and that of my immediate family..if anything happens to me you know who is responsible - he is on my block list at Facebook..

I have never denigrated any community .intentionally or intentionally , and because of peoples bias towards my religion, my culture , and the non stop outpouring of hate comments I blocked the comment box . totally disabled at Flickr.

I was fed up of blocking racists , bigots , puritans with the agenda of poison, and promoting sectarian strife..I shoot pictures read me as a photo blogger and a pedestrian poet only.

I have no other problems with comments elsewhere as I have enabled Comment Moderation...


PS
I posted a link on the veiled hijra ..a poem that talks of the hijra and his life as a prostitute , and the need of his to hide his identity from my camera with the end of his saree ..so obviously veil is not a Hijab or a Muslim garment in this context.. and this bloke at Facebook gives such an ugly twist to my link.. I sent him a message and blocked him..

He sent me a response almost a threat to my life, including implicating me in a false police case , I reported him and his message to Facebook authorities , nor have I deleted his message or his ugly comment..

Taken for a ride 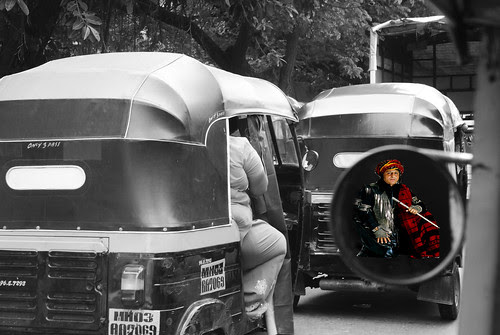 Taken for a ride, originally uploaded by firoze shakir photographerno1.

After I finished shooting the Hijras at Andheri Versova Link Road I saw this enormously far lady unable to fit in a rickshah , there was another person in the ricksha too..she saw me with my camera ..wondered who the fuck I was...

So I thought
I would introduce myself to her poetically.. 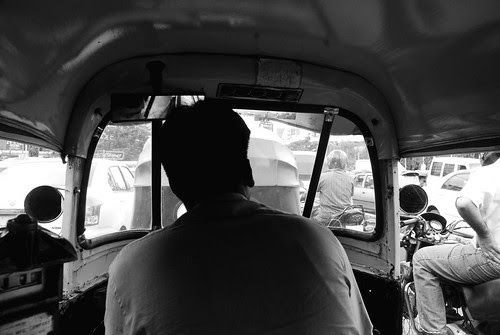 of Bandra, Mumbai has the approach of a
poetic soul and he rips it open, while hoping you won't rip
off his precious, personal mind-boggling collection. I intend
to tell you more about his tremendous achievements at a later
time - if that is ever possible - because I have yet to digest
the brunt of his prolific blogging, photography and outpourings
on Flickr, WordPress, Scribd, Friendfeed, Twitter, etc

Psychiatrist Dr Glenn Losack MD
of Manhattan, New York
is a world traveler, Musician, and a National Geographic-
calibre Photographer among other things. A true humanitarian
and a Renaissance man, he was introduced to me online by
Firoze Shakir....they are like two sides of the same coin,
having shot Mumbai street scenes in tandem.
www.flickr.com/photos/glosackmd/

Another great recent connection made thanks to untiring
Mr. Shakir, is Author Linda Schaefer
who teaches at ECU in Ada, Ok. This lady who has served
as an NYPD photographer and worked with CNN among
other things, considers one of her finest moments to be the
work she did at the Missionaries of Charity, an Organization
started by Mother Teresa of Kolkata. That icon blessed
Linda with her personal permission to shoot what turned out to
be the final photo documents of an exemplary existence.
A Single Mother, Linda tours the country frequently, sharing her
life experiences via speeches and photo exhibitions.
Linda is my idea of a true Renaissance lady.
www.flickr.com/photos/schaeferphotos/

Taken for a ride

Taken for a ride, originally uploaded by firoze shakir photographerno1.
By Firoze Shakir Photographer No1 - July 17, 2009

Hijra Sex In The Rickshah

I Would Rather Commit Suicide Than Shoot Flowers

I Would Rather Commit Suicide Than Shoot Flowers, originally uploaded by firoze shakir photographerno1.

Hijras are gifted, transcendental wisdom, and mind blowing hindsight, hijras are intutive, I had some work at Yari Road this evening, but I carried my camera as I was sure I would meet them at the Juhu Versova Andheri Link Road Signal..

I gave her 20 bucks before I began shooting, from my rickshah, this was a new lot, the older lot was on leave perhaps.

This one was charming with a dimpled smile, everybody watched me shooting her, these are rapid shots faster than the human heart beat, as the signal turns green, the hijras run towards the traffic island for safety..

The other hijras did not take kindly to my camera presence but I shot wildly like chasing dragon flies, though I comment on peoples post at Fickr I hate flowers insects cats and dogs, specially flowers with droplets they make me cry more than the staged flowers that I have seen on many a post..

I dont mind people not liking my hijras or my blood letting pictures or beggars , its their prerogative I steal souls , I steal emotions period.I shoot the dirt and muck of the streets..I dont shoot tampons served as delicacy by disgruntled staff in American hotels.

F sent a message in reply to a thread.

"Flagged as needs improvement.....please remove all the editors from the Forum !"."


I digress back to flowers ...

I would rather commit suicide than shoot flowers..yes I shoot wild orchids androgynous flowers in perennial bloom the hijras of Mumbai..

So in case I dont comment on your insects (dragon flies are the only exception mother Teresa liked them too) flowers cats and dogs you can be sure it is no ill feeling towards you personally I suffer from compulsive flower insect animal disorder..I had myself checked recently , and Dr Watsa my family doc said it had gone from bad to worse in two years at Flickr...he has prescribed me bed rest and strictly not to accept bouquets or floral tributes ...cash, money order gift vouchers and other such presents might add more happiness to my life he said..

I am waiting for Dr Glenn Losack MD and second opinion..

But I might as well let you into a secret Dr Glenn is flower and insect phobic too... ha ha

And now a poem to end this thread

And Pee
a junk house of news online
a stone hammer breaking the base
of your spine ..the editors
need to be infected by all
Mexican swines
their bloated asses beaten
with cat o nines
a tampon on their heads
like a halo so divine
every comment makes
them whine
their wicked smiles
lupine
deleted delusions
serpentine
lefty rightists
kicking
their asses from behind