Marziya Shakir My First Grand Child Changed Me For The Better 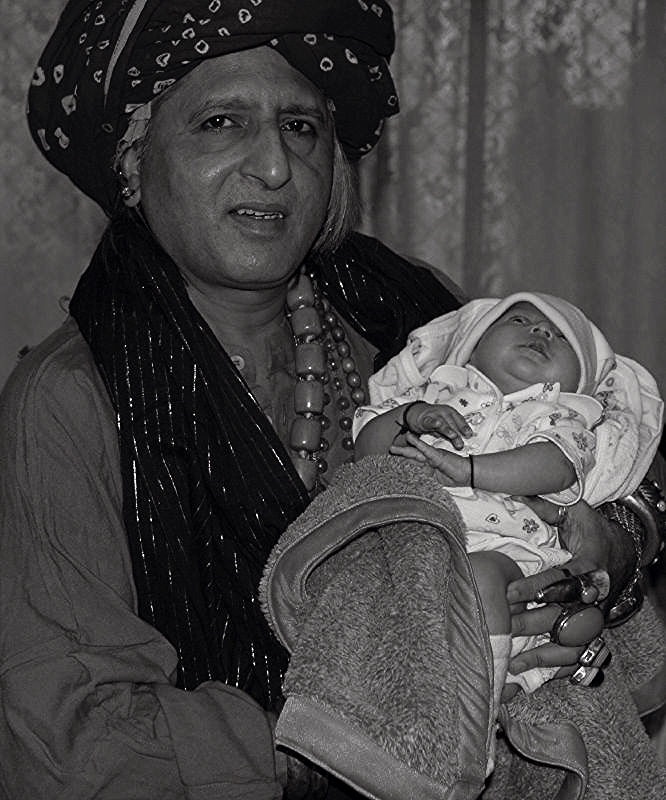 And from the day Marziya Shakir daughter of my eldest son Asif , was born , I saw her on her second day at Holy Family Hospital I could not stop shooting her .. even when she came home it was my camera that welcomed her I shot every movement of her hands , her smile and it gave me joy ,not as a grandfather but as father reborn.. I had never been so excited or sober so to speak ..Marziya changed my vision of life  , she was the tonic of my emotional longevity..she added a few years more to my shelf life..

I was addicted to alcohol when my kids were born just could not get ride of the urge , I thought foolishly stupidly that my sartorial creativity , [I was into Bollywood fashion ] came from drinking and wisely I drank myself to death it was Old Monk Rum.. I needed as fish needs water ..so while my kids were growing I was just drinking ..I never dreamt I would one day give up drinking , I would leave alcohol but would the genie in my Old Monk ever leave me.

However I gave up booze and took up photography , so my earliest timeline was drunken with the camera as the new bottle .. it was that bad I shot like a drunkard anything everything ,, but Marziyas birth gave me a focused view , a new path and I became more adventurous every new day , every new month every new year her birthdays it was Marziya my muse .. I showed her my world , and by the time she was 188 month she had seen so much of the camera that she could shoot pictures while she took the camera strap round her neck I held the camera she began clicking my world , the beggars , the hijra on Bakra Eid , and loving animals cats Lucky Omkar Shelars Labrador was her best friend he would buckle against her moods , she would bully him with her finger and I realized dogs are more intuitive than mankind .If Marziya did not come down he would go into a shell but being a huge dog he would never lick Marziya , never overpower her because her parents like other Muslims have a different view of dogs ,, I felt Lucky knew it and it was Lucky And Marziyas pictures that my old friend on Flickr late Jeff Lamb liked the most ,, and Jeff loved Marziya ..Marziya in Mumbai Jeff in Ann Arbor and my eyes are wet as I write this .. the ultimate power of photography to reach hearts where even even angels fear to resist..

So Marziya Shakir is a 17000 photo documentary of her bbirth and her formative years this was my gift to her , as she grew older she would browse through her pictures giving me pangs of nostalgia , pictures that she saw , she would have never seen if someone had not shot it. I was lucky more LUcky than Lucky to have documented it all .

I made another set on Flickr of her tryst with photography pictures she shot of the beggars , Mr Rajesh Khanna and all the visiting photographers that came to our house , she watched them as they shot her she observed minutely and finally decided that it Viola she would follow and ape , shooting pictures from a sitting position.

She shot the football marathon I had just one camera , I let her shoot running behind the footballers from a safe distance ,,
I took her to St Peter Church and Fr Jaun my godfather became her godfather too made her shoot the Church St Stanislaus School on Republic day and made her shoot Fr Jude Mascrenhas

She is net savvy like her dad a web programmer , but also religious she recites the Namaz with her Grandma , goes for Arabic classes and religious studies after school at the Bandra Shia Mosque.

Marziya now older wears the hijab when she goes out , and is modern cultured , watched CID her favorite show or Doremon .
And Nerjis is her sister 3 year old .. and Zinnia my younger sons daughter is also 3 I have documented their lives on the net but nor as prolifically as Marziya Shakir .

Marziya is  waiting for her passport to visit Karbala with her grandmother , this is her ultimate wish.

So I think sometimes more than the wife or the kids it is the first grandchild that changes the course of the river of Life .
And this post is dedicated to a more adventurous grandfather than me more jovial more funloving .. Alex W ..

Sometimes I Wonder Why Do We Shoot Pictures 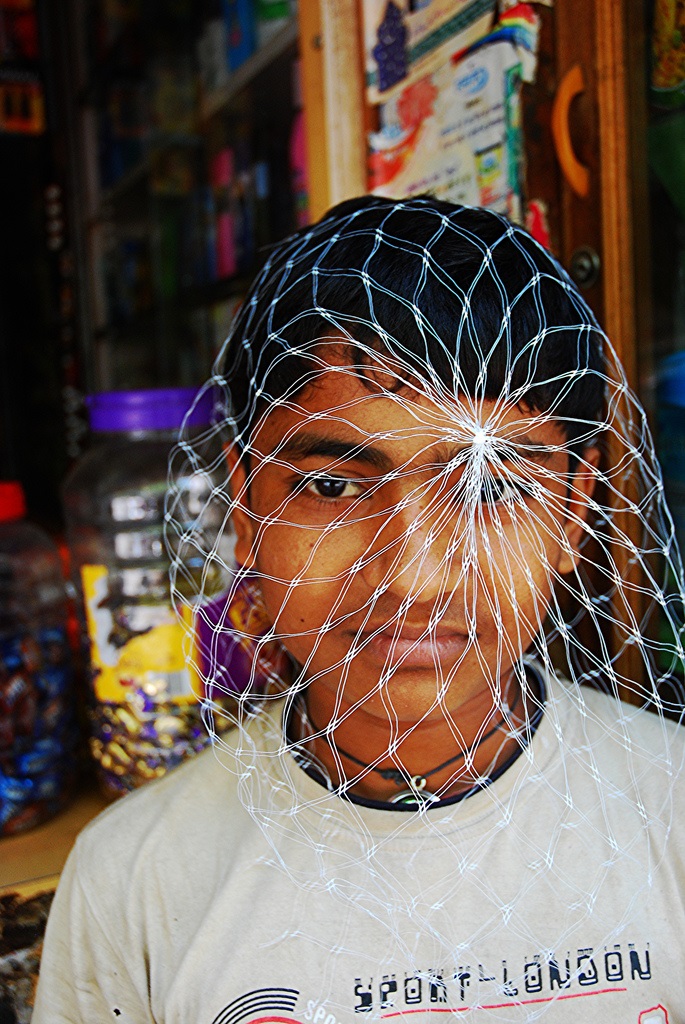 And I spotted it while scrolling my Flickr Camera Roll I thought I would metamorphose it as a BW but I let it be .let him be seen in color I have not seen him these several years too.

I shot a lot of people I have lost track, today a Bohra guy accosted me and requested me to give him a copy of his Dad s picture I had shot many years back.. I said I will. but the trouble is I have never gone to a digital studio for copies or enlargements ..I post my stuff on Flickr and move on ,, than after many years I do a voice over on my pictures I began talking more than the subject who stares at me clueless .. I bet he himself does not know why I shot him... but he is there on my timeline my own Comedie Humaine ,, a la Balzac,,my own Eugène de Rastignac  lol.

I was once totally into Balzac Dickens Maupassant and Dostoevsky ,, I just could not read modern writers .. and once I began my tryst with photography I gave up reading completely now I read body language and shoot  and than try to read the evolved picture of my imagination.

And I need a picture to fill in words as prose or as poetry .. as I am more a visual man than a writer or a poet ,,I have no formal training as a writer or as a poet not even as a photographer .. I just shoot Fuck F stops and will definitely not manipulate the simplicity of my picture , I dont need verbosity of light or shade , I just try to capture the inner glint that is direct from my soul to the subjects soul.

Of late I hardly shoot pictures I try to bring forward old images from my archive and give  it a re birth as a new image or a new thought .

About the fishnet on his face , it is used for onions and potatoes , and he was trying it out on his face when I walked up and shot him.. 10 years back.. and so much has changed I shot this on Nikon D80 .even my camera has changed I will never buy a Nikon ..it is just Canon.. the guy I shot has disappeared .. I have changed too , no more fanatically possessed by the camera ghost that lives in all cameras as disembodied Vision..

I am happy shooting with my mobile phone ,, I dont know if I will ever upgrade my camera .. If I do it will take a long time .

And a picture helps you bring your inner thoughts out in the open in the fish market of Life online .

I dont write with a pen never always the one solitary godfucked finger doing what my fucked mind tells it to do tapping away on the keyboard of my laptop..

And all this is known as blogging .. I shoot a picture blog it ... I dont merely display it like others ,,, and I dont make copies or prints ,,

So I still wonder why do we shoot pictures ,, because we have a camera .. but metaphysically I could still be shooting pictures without a camera ,,

I leave it to my friend Alex to answer this one I love his take on my pictures ,, lol.

Email ThisBlogThis!Share to TwitterShare to FacebookShare to Pinterest
Labels: Sometimes I Wonder Why Do We Shoot Pictures
Newer Posts Older Posts Home
Subscribe to: Posts (Atom)