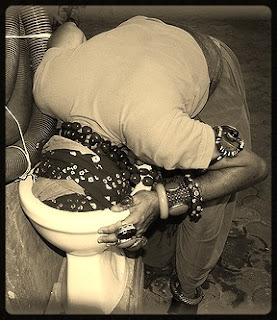 once upon a time in Mumbai
when you were born was once
upon a time in Bombay
so try to
live for just another day
go on blogging
the soul of humanity
till your bad times
slog away
shooting pain
but hiding your
own pain
beneath
every word
you say
By Firoze Shakir Photographer No1 - July 26, 2016 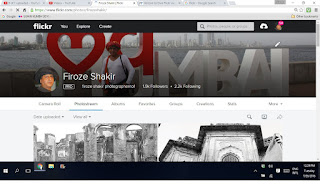 
Verizon will be the new owner of Flickr. The telecom giant announced today that it will be acquiring Yahoo’s core Internet business — including Flickr and Tumblr — for $4.83 billion in cash.

Rumors of Yahoo planning a sale started circulating in late 2015, and the Internet pioneer put itself on the auction in early 2016, reportedly fielding offers from about 40 companies. It looks like Verizon’s $4.83 billion cash offer was the most attractive.

Verizon will pick up 1 billion monthly active users — including 600 million monthly mobile users — through this acquisition, making it a formidable player in the mobile media industry.

One of the notable properties in the deal is Flickr, which itself boasts over 112 million users. Flickr was originally acquired by Yahoo back in March 2005 for something in the region of $25 million, and it has had its ups and downs under Yahoo ownership.

While Flickr has seen major redesigns and a sleek mobile app, a common complaint has been the service’s lack of innovation to stay steps ahead of rising photo-sharing competitors such as 500px, Instagram, and Snapchat.

Marissa Mayer also generated controversy in 2013 for saying “there’s really no such thing as professional photographers anymore,” when explaining why Flickr was phasing out its Pro membership at the time. She quickly apologized for the statement.

Flickr drew more flack the following year by putting 50 million Creative Commons licensed photos by users up for sale through its new Wall Art service. Although it was within its rights to do based on the licensing, the move left a bad taste in photographers’ mouths, and Flickr pulled the plug on the arrangement the next month.

This Verizon acquisition also shows how far Yahoo has fallen since its glory days as one of the early gems of the Web. At its peak in January 2000, Yahoo was valued at $140 billion. In February 2008, the company rejected a $44.6 billion acquisition offer from Microsoft. Eight years later, Yahoo has now accepted an offer $39.77 billion less.

Flickr and Yahoo are set to officially become Verizon properties when the deal closes in early 2017.