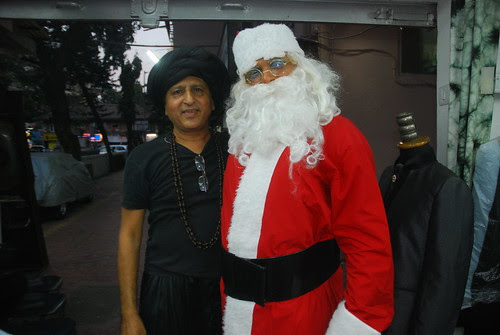 This is my dearest friend Darryl Loyola multi faceted personality , he came to my shop to bless me , and hope that my new year starts with a bang.. though he gave me a wink, and said that I should make sure I dont bang the wrong one ..

Darryl and I go a long way back, he is outstanding, a very human loving two legged creature and Marziya would have freaked seeing him like this..
I have to catch a train this is my last written blog..

My Moharam uploads will continue I have instructed Assad..

Cradle of Ali Asghar at Dongri 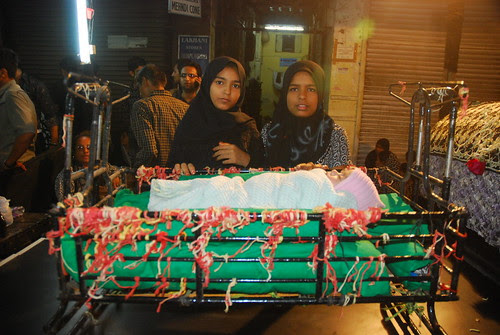 The New born child is placed in a replica of Ali Asghars cradle for good luck and as divine blessing.. 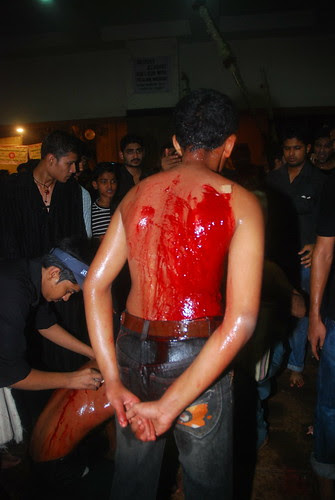 This is perhaps my first and last segment of Moharam in Mumbai shot on the eve of 7 Moharam..I leave tomorrow morning to shoot Ashura in another city..

This evening I shot some scenes of the euphoria of Moharam at Bhendi Bazar, some pictures of Maulana Athar Saab Mirzas majlis at Moghul Masjid and finally the procession kama and zanjir matam at Kaisar Bagh..I will post the Kaisar Bagh sequence first and later on my return after Ashura I shall post the rest..I was barefeet , and shot from within ground level of Kaisar Bagh, I dont shoot from the dais anymore.

Habib Nassar was at Kaisar Bagh shooting the blood and gore like me I was tired and totally drenched but it is not that tough anymore Munna Kama and his volunteers are very supportive of my picture taking...

I shot the Dargah Hazrat Abbas at Dongri .

Dongri and Moghul Masjid area are two places you feel the intensity of Moharam..


I also met the new trustee of Moghul Masjid Mr Jalili he had some important guests including the Consul General of Iran..