Childhood Spent On The Mound Of Garbage .. 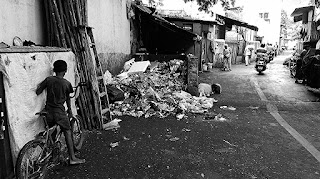 dengue free bandra
motor mouths that
got decimated now
birds with clipped wings
living in lost memories
of gilded cage ,,15 years
they turned bandra into
a hellhole more slums
as vote banks in exchange
robbing the east indians
of their old homes gaothan
ancestry and heritage
on the soul of bandra s
impeccability a war
they wage ..the bandraite
emotionally enraged
By Firoze Shakir Photographer No1 - July 10, 2015

Email ThisBlogThis!Share to TwitterShare to FacebookShare to Pinterest
Labels: Childhood Spent On The Mound Of Garbage ..

The Eyes Of The Poor Are Windowpanes 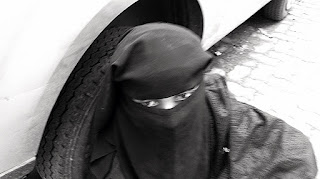 broken doors
of her cosmic fate
her future held in
rusty chains
calm composed
in her penury
she remains
her hijab totally
torn badly stained
for her eid is just
another day filled
with pain no new
clothes for her children
no money to buy meat
vermicelli ..she wont
complain.. she will be
busy standing outside
the mosque begging
hoarsely after the eid
namaz ..tears going
down the drain...
being born a muslim
beggar is worse than
humiliating death
a thought ingrained
By Firoze Shakir Photographer No1 - July 10, 2015

Appu My Friend Life At A Dead End 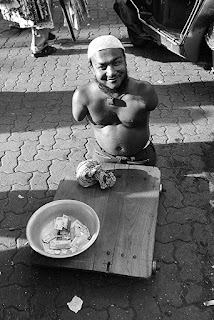 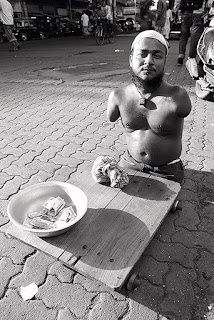 god gave him
a stump of a
body no hands
no legs on a
cart proudly
he begs ,,

products of an animal farm
By Firoze Shakir Photographer No1 - July 10, 2015

Email ThisBlogThis!Share to TwitterShare to FacebookShare to Pinterest
Labels: appu my friend

Remembering Appu My Friend In Ramzan 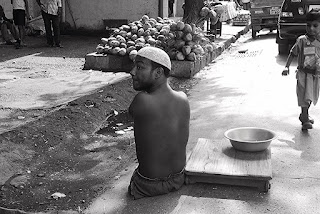 Mostly Muslim beggars make a beeline for Mumbai much before the Ramzan moon is sighted and you will find them outside mosques , dargahs and famous khau or food gullies of Mumbai during Iftar when the days fast kept by the Muslims end .
And here Appu is missing from Mumbai, he sat outside the foodlane of Minara Masjid , , many a times a thought hit me hard , how does he survive without hands or legs ,, every known common action that we do with our hands besides eating walking has been eternally denied to him.
Muslims the fat filthy rich , will spend loads of money buying goats dumba goats but will never think of paying a poor childs school fees , or giving a wheel chair to a beggar , leave aside the goats skin they offer to the Mosque most Muslims do charity clinically without kindness or compassion.
Mind you there are some good Muslims who do a lot but it is a small group.. and the sectarian divide is there hidden within the pockets of the donor he gives miserly to his own.
Appu was nothing but a freak, children treated him as a dwarf, making faces at him , laughing at him mocking him for his disability , but he ignored all of them. People love watching him when he drinks tea for them he his not only a beggar but a street performer ,,perhaps he would have been better of in a circus as a real clown his face made up and no hands no feet ,. entertaining kids as a clown with professional dignity.
Rehabilitation of beggars in India is next to impossible ,,,we need beggars to appease God by our misplaced charity , and those hoteliers owners of restaurant at Mahim Ajmer made a lot of money , feeding shit food to beggars with your money,,and now as there are less real beggars , mostly drugaddicts drunkards .. they are all part of the restaurants paid muster .
If you live among the beggars you will know the pain struggle survival of the beggars..having shot beggars , beggar families living in penury , it is a tough call ..
Ramzan is the most noble sublime month , where God really showers his blessings on the beggars, they dont go hungry .. next to the lane adjoining my house on Thursdays Fridays , you will find a beggars .
This morning I shot a beggar lady with her new child ,she comes from Kurla with her friend both in hijabs and they wait for alms . I shot her pictures this morning and she was asking about my granddaughters who have shot her too.
One of these days I will shoot her video...why is the man who fathers her children not taking care of her ,,I leave this unanswered .. she had told me the last time he was bedridden.
So now you know among all the Muslim beggars I shoot why Appu stands out among the rest.
By Firoze Shakir Photographer No1 - July 10, 2015

Email ThisBlogThis!Share to TwitterShare to FacebookShare to Pinterest
Labels: Remembering Appu My Friend In Ramzan 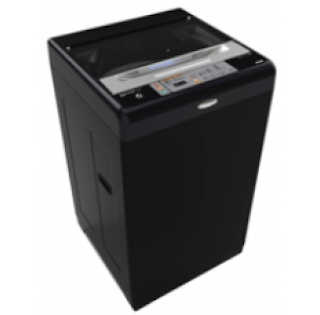 Remembering Appu My Friend In Ramzan 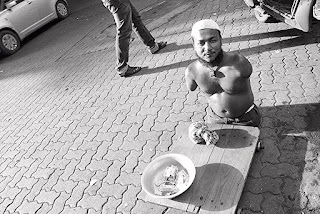 Among all the people I have shot over the years ..Appu as a memory stands out the most,,I have not seen him now for over 3 years ..I crane my head out of a cab to see if he is there on Wednesday at Mahim on a stretch that leads to St Michael Church on Novena day.
Or I try to see if he is there outside the corner of Minara Masjid ,, the place where this picture was shot , I had spotted him from a bus , and rushed back to meet him..I try never to call him a beggar he is Appu my friend migrant from Assam..
There are times our meetings were so sudden rapid that there was hardly time to talk..we had first met at Chor Bazar during my visits to the Friday Flea Market .. and I shot him every Friday , with huge crowds gathering around us ,, and that is a unique part of eccentric Mumbai street life ,,people who are always in a hurry will stand watch ..even if you meet with an accident people will clamber to see you , shoot your pictures video , but fuck they will never help you and moments before you hand over your soul to the Lord God of Accidents the erstwhile Mumbai Police will arrive cinematic-ally ..Tan Train... sounds children make while watching dumb scenes in Indian cinema .As I walked barefoot with a turban kilos of jewelry with I ended up creating traffic snarls where Appu sat outside a bakery..
Appu was very fond of Marziya and now in retrospection I feel sorry I did not give her my camera to shoot Appu when she met him a few months old at Mahim.. she has never forgotten him..almost 6 years after she saw this human stump of a tree no hands no legs .
What endeared me to Appu was he never fucking complained , he had a smile perched on his face and he never begged as beggars do, he was too proud to stretch his hands like normal beggars and he had good upbringing ,,he sat on his wooden cart you gave him something fine ,,he drank tea or mango juice that I ordered for him balancing the glass firmly with his lips ,,
All the years I knew him I gave him generously ,, I never asked him about his tragic limbless state , I did not ask him personal questions I wish I had shot his video those early days of our friendship.
Perhaps he might return to Mumbai you can leave Mumbai but Mumbai never leaves you.. and Mumbai is the only city that can do this to your soul..Mumbai is not just a city but a magical moment ,,and that is why beggars come here hardly to make it big ,, but to earn and learn.. shooting beggars is shooting a private inner part of my own beggars soul..
I really dont know if I had a studio arc lights the rest could I bring a beggar apply make up , dress him up in a tux and with his long beard blind eyes in his wretched wrinkled hands place a Champagne glass , could I shoot him away from his destination or his destiny ,, I would be fucked if I did ,
I prefer shooting beggars in his natural environment I shot beggars as a storyboard,, and I go on shooting him till he ages faster than me ,,
I wish someone among the filthy rich Muslim community had given him prosthetic s but than the Jamati or Tabliki part of Miyadom , gave him the skull cap , his beard and a chance to fuck one of the 72 vestal virgins when he dies..the ultimate Muslim Paradise with the virgins doing overtime , pleasuring going down on the limbless bodies of Jihadis and other radicals that took a short cut .. to regain their bombed out libidos ,,
Luckily I am a Muslim but not a Miya ,,,
By Firoze Shakir Photographer No1 - July 10, 2015

Email ThisBlogThis!Share to TwitterShare to FacebookShare to Pinterest
Labels: Remembering Appu My Friend In Ramzan

God Asked Man Why He Was Cross 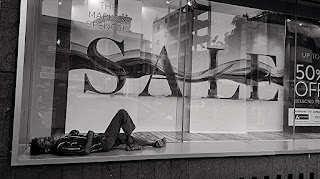 god reminded him
he had given him
eve he had given
him the garden of
eden. he had made
him  overseer of earth
he had made him the
boss ..but than woman
ate the apple the world
went for a toss ..sex
became the center of
mans influence without
pause values ethics all
turned gross ..man sold
his soul to the devil
total loss ..mans dreams
all candy floss ...man
became a rebel without
cause ..rolling stone
gathering moss ..caught
in a web of bling and gloss
frail shoulders carrying
the sins of his forefathers
a huge cross ..playing to
the gallery resounding
applause ,,

Email ThisBlogThis!Share to TwitterShare to FacebookShare to Pinterest
Labels: God Asked Man Why He Was Cross 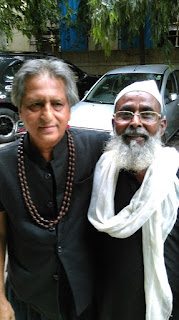 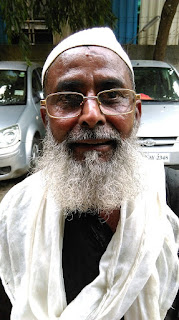 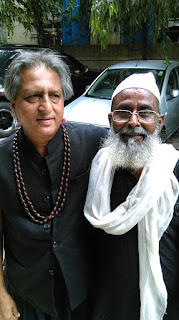 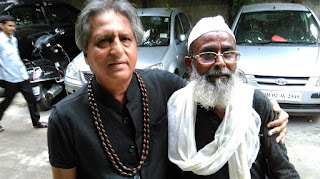 Today I decided to beg with him near Bhabha Hospital 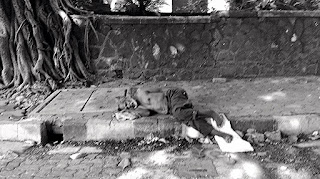 I AM JUST A FRICKIN PRICK IN THE WALL 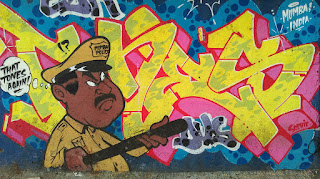 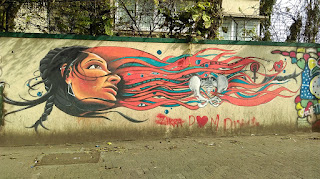 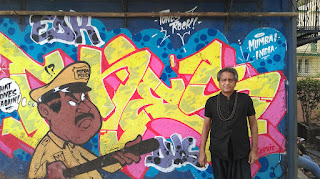 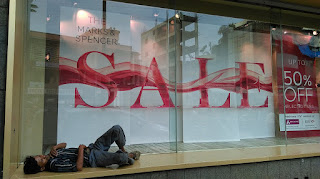 testicular fortitude
all male 50 % off
if he fails to regale
his flesh willing
his soul frail
no buy back
guarantee
stock clearance
sale if nurtured
groomed he can
be as profitable
as the alpha male
all he needs is lots
of malbros shots
of ale ,,no country
hooch from malwani
all his suppliers are
cooling their as in jail
sold as an erotically
exotic variety at
bandra hill roads
great marks spencer
grand sale ,,strictly
only for consenting
females man a variety
than wont curdle or
deliriously go stale

Email ThisBlogThis!Share to TwitterShare to FacebookShare to Pinterest
Labels: Man on Sale 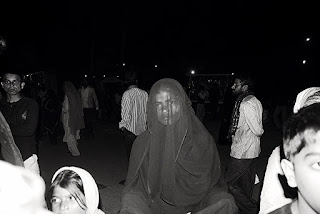 my camera penetrating
the soul of her humanity
a moment scanned ..
her overflowing pain
of living begging in
slow motion i tried
to pan..a woman
born in captivity
plays second fiddle
to man ..she stood
her ground facing
humiliation ignominy
while her man ran
muslim heartless society
considers her lowly
untouchable but
she hides her shame
behind the hijab
yet you say
burkha ban..

from the womb to
an unmarked tomb
her desecrated
life span... was this
part of her religiosity
or a chapter written
by god  a cosmic plan
By Firoze Shakir Photographer No1 - July 10, 2015

Email ThisBlogThis!Share to TwitterShare to FacebookShare to Pinterest
Labels: I Reveal Pain of The Muslim Beggar the Lost Tribe of Islam
Newer Posts Older Posts Home
Subscribe to: Posts (Atom)