The Bandra Talao And The Slow Pace Of Renovation 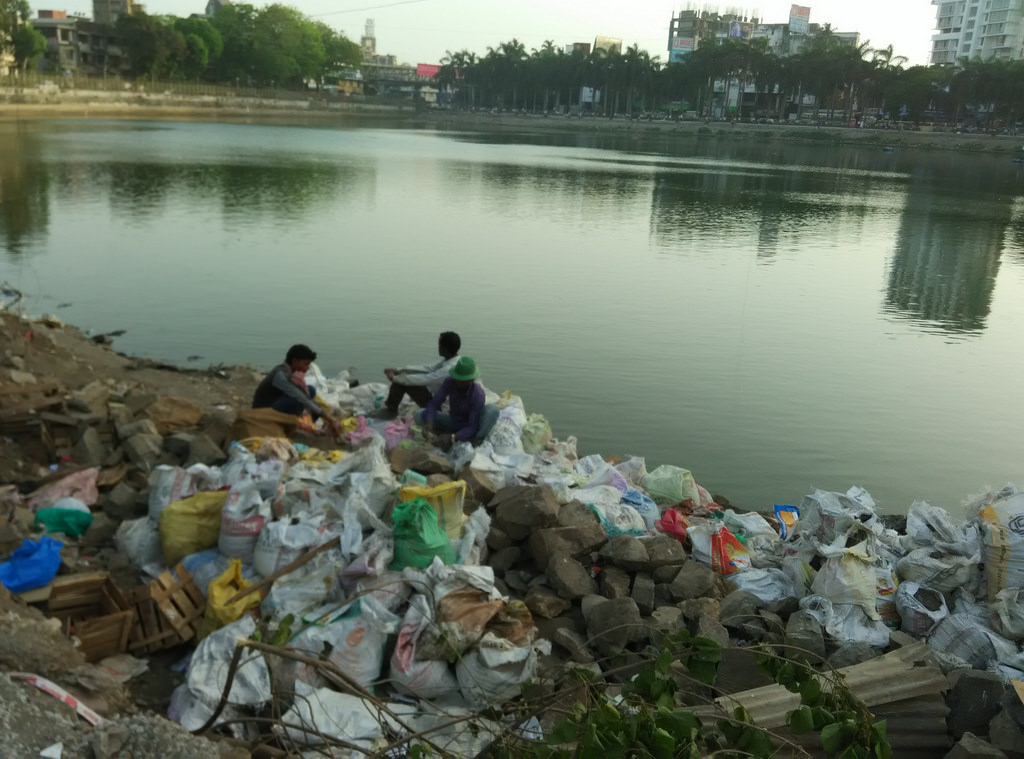 When the Municipality takes up a job you can be sure it will be done at snails pace as any assignment for Clean Green Mumbai  has bureaucratic hurdles loopholes , on this side of the Bandra Talao the Station Road end are encroachers a family of ragpickers this is their home .. first they lived on a pavement now it has been encircled by the Bandra Talao.

And this was my second trip here since morning this time I completed some work at Ambedkar Road and came here , I cut through the  Bandra Talao lane that connects this road to Bandra SV Road .. I feel relaxed watching the pigeons and today Nabi Ear Cleaner was grumbling there was no business so I sat down paying him Rs 20 the moment people see me  getting my ears cleaned and taking the video myself others line up so I can shoot them two.. I shot 3 videos of Nabi.. he is alone as both his co workers have gone to the hometown.. he will be going in a few days too.
By Firoze Shakir Photographer No1 - April 07, 2015

Email ThisBlogThis!Share to TwitterShare to FacebookShare to Pinterest
Labels: The Bandra Talao And The Slow Pace Of Renovation 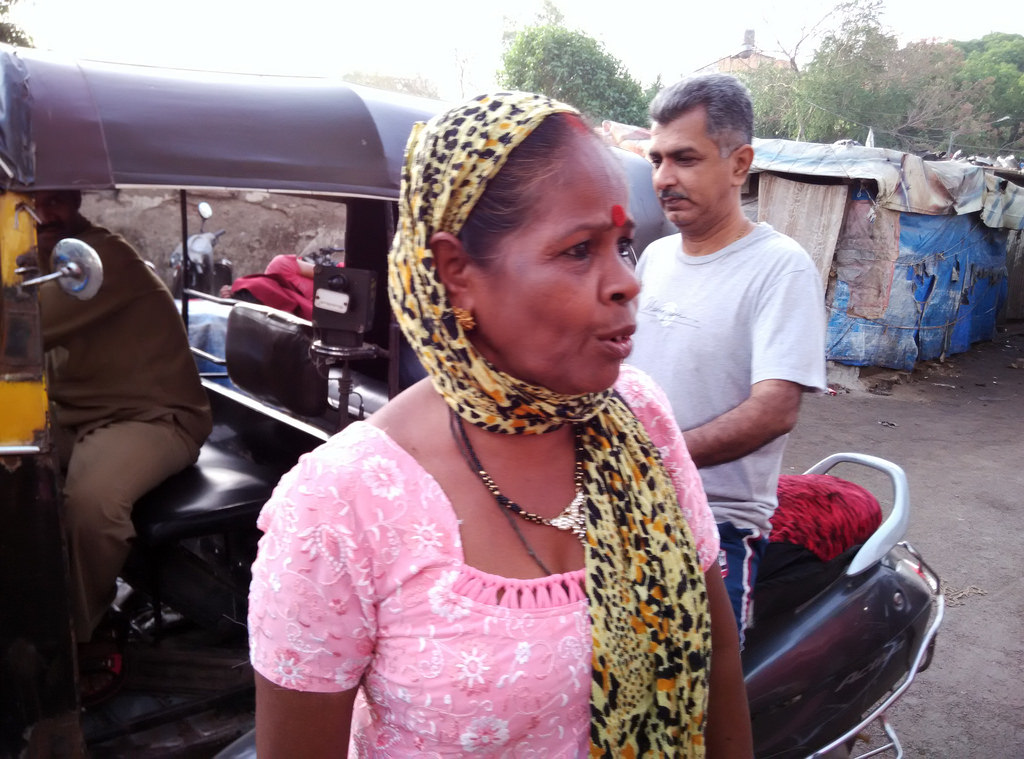 This is a 189 picture set on Flickr that showcases mad people I saw and shot on the streets..and I have shot many but have not updated them on this set as they all are part of my Street Photography and Sufism set.

Madness is a mystical moment and one has to be careful shooting these people they can just charge at you and break your camera , and again there is some madness that I documented among the possessed .. but it is a state that is part of Hazri when the spirit enter the human body , and the body is no more control.. This I shot among Muslims at Dargahs or among Hindu women during Durga Visarjan or the Marriammen Fest of the Tamil and it is a very scary state .

I shot a guy at Hussain Tekri who under the state of Hazri starts behaving like a snake writhing on the floor  banging his head on the  iron doors invoking the Holy Saints and Imams .. and I shot him and it was hellfire when the flash hit him , he stopped my camera with his stare  and charged after me I fled from the Shrine  and next came back home with a dead Nikon camera D70 I paid Rs 9000 to get it working again and you may not believe this is fine with me ,,There are a lot of encounters all in my head but this one hit me the most my mind and my wallet.

So I have not incuded those people to my Mad People set , people I shot bathing in sewers at Hussain Tekri , buried under mud and and at Mira Datar Unjha  a woman leaping in the air , acrobat like and this is my genre . possession exorcism and Dua Tawiz Black Magic ,, But its all in my Sufism set at Flickr .

This Madpeople set is of crazy people violent people mentally challenged volatile people and  here again I have not included the Naga Babas I shot at the Maha Kumbh,,lifting a boulder with his penis , or doing strange acts ..this is a restricted set at Flickr for Flickr members only .

I met Tantrics and Aghoris too ,,, and here in their presence you meet a lot of madpeople too who go into trance and do rare acts that no human would do.

There were many madpeoplle I shot like the Mad Man Of Bandra Bazar who disappeared , he never used to bathe and he was a horrible sight ,, I used to get scared shooting him but I took my chances.

I know once at Hyderabad during Moharam while I was shooting a beggar family a madman I had angered without realizing it came from the back and began strangulating me and I had no voice as I was in a death grip there was no one around it happened suddenly and the beggar family just watched till some Shias came and rescued me from his grip , than the cops came and I did not file a complaint ,,I was at the wrong time at the wrong place I guess .

So please be careful when you shoot mad people ,, perhaps I am mad too to some extent that the God of Mad People Saves me too Lol

I can calculate the motion of heavenly bodies, but not the madness of people.
Isaac Newton


Too much sanity may be madness and the maddest of all, to see life as it is and not as it should be.
Miguel de Cervantes

In a completely sane world, madness is the only freedom.
J. G. Ballard

Email ThisBlogThis!Share to TwitterShare to FacebookShare to Pinterest
Labels: Mad People Of India A Set On Flickr

The Mad Lady Of Bandra Reclamation 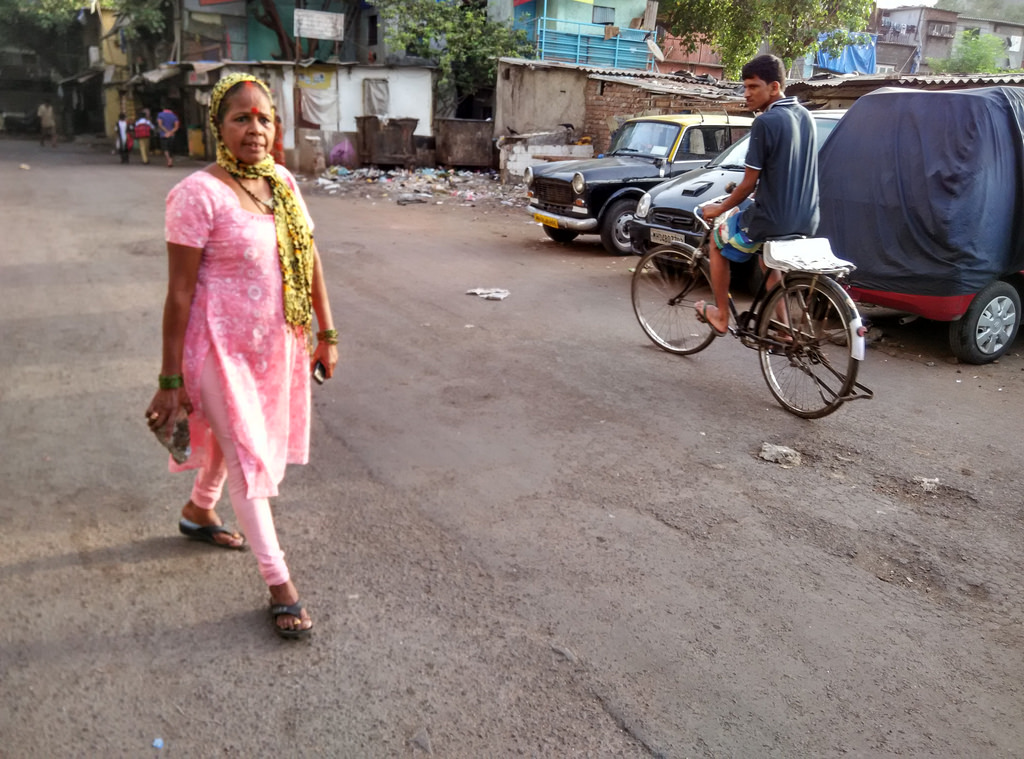 This morning I left home to re start my walking routine at MET Cricket grounds I had stopped walking after I suffered a hairline fracture ,I had not walked for about a week and with my diabetic background it was important I get back to moving my ass ,.. I did

As I was walking towards the MET Gardend I saw this  mad lady off Lal Mitti she carries a huge stone in her hand theatens people and might hit someone one day.I avoid her but this morning I took my chance .. I decided I would allow her to hit me ..and so I began shooting her on my Xiaomi , she was abusing cursing two guys in a car , without rhyme or reason ..and they were in shock I thought she would take out her anger on me but I shot a few frames almost close ups too..

And this is Happy Morning from Bandra Reclamation , free entertainment and I see so much on the streets that I dont watch movies at all I have started shooting my on videos ,, lately.

After my encounter with the Mad Lady of Bandra Reclamation I walked to the MET gardens .. than here I started my NIKE Running App .I stopped my walk after 2.6 KM .. Normally I walked about 6 Km but because of the injury to my leg I aborted it soon enough , walked to the next door Munivcipal Park did a few free hand exercise with my friends Remy and Subhash. Remy showed me a plant that is very good for diabetes control, people eat this leaf and the taste is very sour but it is good he told me so I bought one home washed and ate it , my wife tasted it too.  I dont know the name but I shot pictures of the same...

I still continue with Paneer Ka Phool the herbal flowers soaked overnight and drink the water , very bitter its been about a month and half now ,, Kalidas  Provision Bandra Bazar that sells herbal home remedies had said I should take it for two months.
By Firoze Shakir Photographer No1 - April 07, 2015

Email ThisBlogThis!Share to TwitterShare to FacebookShare to Pinterest
Labels: The Mad Lady Of Bandra Reclamation 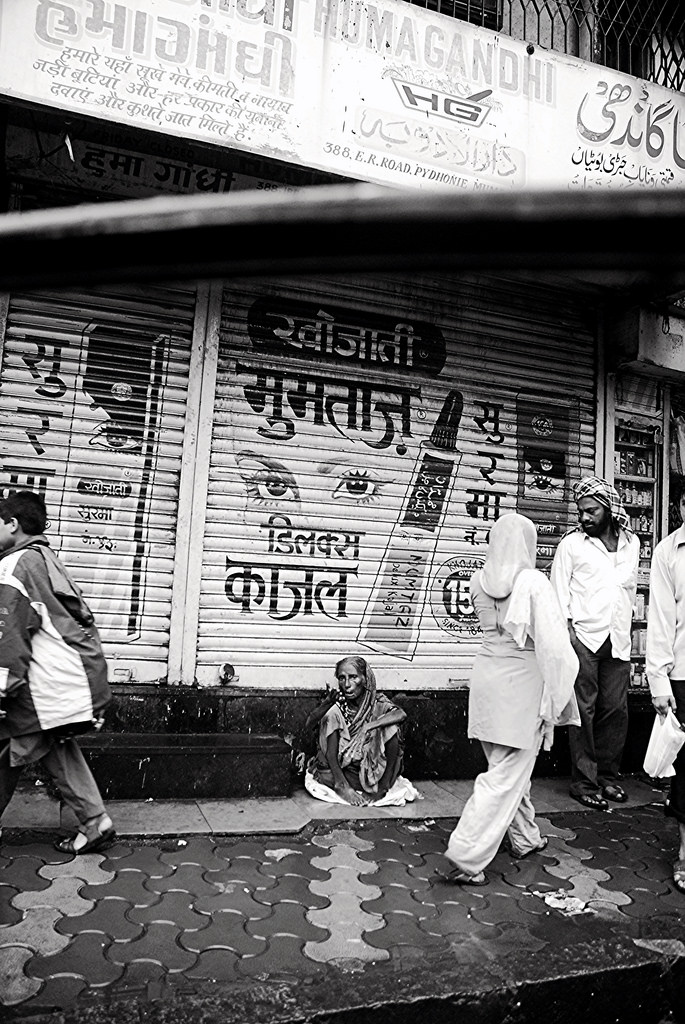 If the Fabindia guys had placed
a camera on the beggars on our
streets ..it would have been a
commendable feat watching the
insensitivity of passersby rapidly
rushing feet who cares for beggars
those children of a lesser god
accidentally born in India their fate
they could not cheat .. if only our
erstwhile ministers could remove
the tears from a beggars eye than
feeding fodder to paid media ..that
laps up hungrily what it gets to eat
core issues rape of 5 year old children
rape of a 71 year old nun ..murder arson
acid attacks on women farmer suicides
gold chain snatchers rogue cops bribe
demanding bureaucrats but it is only
this news in every paper you read
Swach Bharat ,,getting garbage removed
from our pock market streets .. Sab Ka
Sath Sab Ka Vikas .. thunders a voice
Muslims Christians Dalits ,, Beef you
cannot Eat ..Oh God why do humans
eat Meat ...a camera on the soul of
our politicians the need of the hour
Oh God save us from bankruptcy
of mind covered in a winding sheet
Bandra East  By Elections .. where
every party is hoping for their candidates
defeat ..winking slyly ,, when eyes meet
Kaun Banega Minister Aur Kisko Milegi Seat

Email ThisBlogThis!Share to TwitterShare to FacebookShare to Pinterest
Labels: If Only There Was A Camera On The Lives Of Beggars In India
Newer Posts Older Posts Home
Subscribe to: Posts (Atom)