As They Dug His Grave 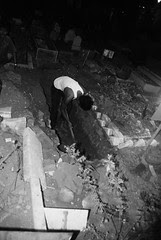 As They Dug His Grave, a photo by firoze shakir photographerno1 on Flickr.


The beginning of this poem came as a dream.. as I woke up and it is nothing but a moment of timeliness ..that I have bought forwards .. giving flesh to a skeletal soul in search of nothingness as they dug his grave is a tribute to the gravediggers , nobody remembers them , neither the living or the dead .. and they are the only ones who see death in repose .. each time they bury a body.... and among these grave diggers were jobless educated youth.. who had lost hope and were doing the only job available that was better than begging on the streets.. 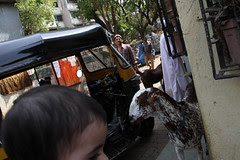 I Know You Will Be a Great Street Photographer Nerjis Asif Shakir, a photo by firoze shakir photographerno1 on Flickr.


You shoot pictures I shoot poems ..in humility and gratitude

The New Street Photographer Uses Her Eye As The Camera Lens 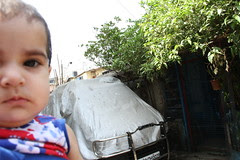 The New Street Photographer Uses Her Eye As The Camera Lens, a photo by firoze shakir photographerno1 on Flickr.

dedicated to her
guru dr glenn losack md
from manhattan new york..
a few years later with pictures
to recompense

Mans Head Carries The Load of His Fucked life 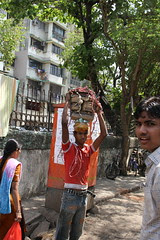 Mans Head Carries The Load of His Fucked life, a photo by firoze shakir photographerno1 on Flickr.
By Firoze Shakir Photographer No1 - April 02, 2012 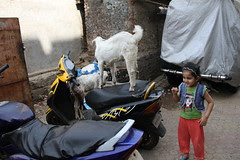 i found god sitting with the beggars outside his house and gave them money ..to eat 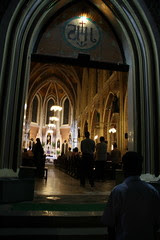 i found god sitting with the beggars outside his house and gave them money ..to eat, a photo by firoze shakir photographerno1 on Flickr.

you might not believe but beggars that sit outside this church were in real sad state , and silently begged with their eyes,for them everyone that passed they thought he was jesus christ...they were holding to their lives precariously perched on a precipice...a single mouthful of cheese far too many mice ..watching them bemusedly on the other end with open hands a deviously diabolic lord of the flies..

and i am sure god sat with them he has abdicated his opulent home in the skies .. for him verily it mans earth his paradise..

i owe this poem that i just written now to denise boyd .. google pluskin
she said I love this photo and the words...well, they almost make me cry!

This is my new poem inspired by the words of Denise Boyd..I did give a large sum of money to the beggars outside the Church, and it was a involuntary reflex action, and it was so sudden that it took my friend Anil Shejale who was with me by surprise 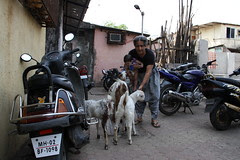 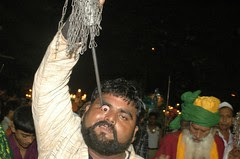 This is what I shoot , this is my passion for photography and this is hard core photography, these are fakirs or Sufi mendicants who do this to earn a living and they are people who give allegiance to Khwajah Garib Nawaz of ajmer.

I have documented this group Chancawalli Rafaees , shared their food their lives without joining them,and the late Handi Sai Peer told me many a times to become a part of them simply because I walked barefeet I dressed like them but I carried a camera .. to the public that came to see them at Mahim Dargah I was exotic unique and added mystery to their surroundings as a beggar in their group I got more money , I gave it all to Handi Sai.. and this was my essence of humility ..self destructing my ego..

I had problems because I documented their lives , some took offense as it is an esoteric group , they smoked hash freely I dont and posted my pictures online ..

They also knew I was a Shia and cut my head for real every Ashura and Chehlum..I was not inclined to become a Rafaee ..I was not interested I walk on fire during Moharam ..

But fate had some surprises in store for me I became a Malang by accident a higher holistic Sufi order..along with my Belgian photographer friend Marc De Clercq,,we have the same Peer and though we come from different worlds we became brothers for life.

And I am a known face among the various Rafaee and Malang orders ..it was my association with the Rafaees that got me into shooting the hijra and eunuch community who are great believers of the Holy Sufi Shrines..


The rafaees are volatile people they pierce their eyeballs , their necks cut and split their tongues , at one of the Urus procession a Rafaee with dread head went into a trance and slashed my stomach with a sword.. and I stiffened my muscles nothing happened , my tshirt tore but my stomach had no marks , he was a crazy dude , he hugged me cried and said we were brothers ..

I too go into a trance called Kaif fall on the floor with my camera .. but am revived by the other rafaees with chants and holy water..

I also know an ascetic Monk I call Pagan baba , his order predates Adam and I have not met him for a long time..he is a nice old man who recites Sanskrit shlokas ..