the eunuch goddess had a dream

the eunuch goddess had a dream
Originally uploaded by flickr photographerno1

This is a story of a young pretty Hijda who would visit the Church and fell in love with the young parish priest, ironically, she almost converted , so besotted she was, till she was bought to her senses by the Hakim a Hijda Bawa, she blushes , when reminded of her romance and her folly..

the eunuch goddess
had a dream
her love mortgaged
in misery
she could not redeem
her gluttony
to grab what was not hers
only a drizzle in a daydream
life bursting at the seam
she wanting to go upstream
the current of her fate
pulling her downstream
yes a cracked gemstone
no gleam..
an incurable sickness
a feeling of incompleteness
she did scream
being treated by a hakim
who is also a hijda bawa
letting off steam
to make her his
patron he does scheme
while she in love
with the catholic priest
strange eunuch sorrow
it may seem
a confession
a conversion
in extreme
now a part
juxtaposition
of a theme
she who was
once born Ibrahim
love the spire of a church
a runaway pipe dream
different strains of
a colloquial music
binding her with the
Lord Supreme
call him , Ram Christ or Rahim

At the all india hijda sammelan
baby the hijda guru
our picture taking tried to clamp
hijda babes walking the ramp
some like Priya Muskan
Sohel Simran
with your heart decamp
some of the hijda babes
item girls
bollywood vamps
toy boys and their champs
nitin sonawane
and me
dressed like a sadhu..
this unchaplinesque
tramp...
alladin and his magic lamp
hijda memories lingering
on a postage stamp

mama mia
to be or not to be priya
from singapore sends love
pretty priya
to a heart she left behind in
india
a shia thug
learning ling kriya
looks like a sufi
looks like a naga sadhu
un complicated urban Miya
a eunuch soul
seeking
testicular fortitude
in an emasculated world
reflected light
diffused in a drop of tear.
it is Man more than God
Man fears.

priya is a hijda from singapore..I almost got ensnared by her sultry charm.
call me human.

i am a shia hijda she said


once at moti katara a hijda lady of great wealth and wisdom asked me who killed imam hussain..
was it the shias or shimr....i kept my silence at that time.. but she knows it too..it was not a hindu christian or a jew ..it was yazidiyat..islamic in lieu she may have forgotten it we remind it in moharam for you..

The Missing Vagina --A Hijdas Cry 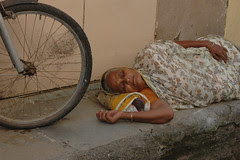 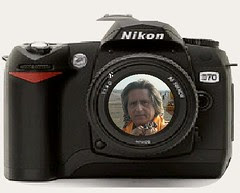 Nikon D70
Yours very truly
A digital disaster
That goes dead
With a blank LCD
A defective camera
From the Nikon stables
Don’t even take it if you
Get it free
The repairs will drive you up
The tree.
Unlearning Photography
Photo blogging uploading
My pictorial sorrow
For all of you to see
Even a camera phone
Is more handy
Than this plastic body
That makes holes in your pockets
Nikon D70 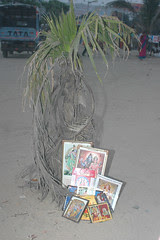 This was the last picture that brings my Durga Visarjan series to an end.The next day too was Visarjan but I did not go, I have not posted many of the pictures total 291 , that I shot due to uncloneable dust spots in the sky.
Its time I buy a new camera but I am not in a position as yet.
What I want to tell lovers of photography , if you use your inner vision there is much to be shot, I dont let a picture opportunity pass me by , I give a story telling format to my pictures.Photography is not about any particular religion it is a human cultural phenomenon.. evolving every second..
So come Moharam I will shoot Moharam pictures, and so on.I too want to take a break shoot something different , but it is not possible manacled to my shop.I shoot life and the eunuchs are what I sincerely like to shoot as a unique ethnicity..
And Elisa your presence on my photo stream is a moment of a breath of fresh air from the spirited nature of your effervescent soul

I shut my eyes

I saw a world

False wisdom of the wise

False values and no price

False Messiah on the sly

False Falsity and Truth that shies

I shut my eyes

I saw a world

I was full of lies

The Curse of the Eunuch Child

The Curse of the Eunuch Child
Originally uploaded by flickr photographerno1

The Indian transgender is known as the Hijda, Kinnar or Irravani .
The strange anomaly of this community is that all are biological males, unless a few those who are born as hermaphrodites or eunuchs.
So the question of the increase in growth of Hijdas by birth is not possible, yet the community is growing in leaps and bound, boys questioning their sexuality, openly, join the Hijda force, due to various personal reasons, economic factors, mixed genitalia, deformed genitalia, feminine attributes..
In Northern parts of India being born a girl is a curse, because of the rampant dowry system, where the girls family about to be married has to given into the demands of the bridegrooms family, than comes burning of the brides if the dowry is not sufficient, bride harassment, so most of the time the girl child is killed at birth, a kind of mercy killing, you read it everyday in the newspapers.
Now in such circumstances if a child is born with deformed genitalia, the conservative poor parents , bought up on superstition , consider the birth of this child a curse, they will throttle the child, but mostly the Hijdas who are aware of such genetic disorder births take custody of the child in collusion with the maternity ground level staff..
I was at the All India Hijda Sammelan a conference of transgender , hijdas eunuchs
held recently at Park Site Vikhroli Mumbai.
I had visited the place for the first time; in spite of a valid Press Card I was not given permission to enter and shoot pictures , till the event manager a social worker Mr Santosh Shetty considering my background as a social photographer , gave me the required permission.
Eunuchs don’t like to be photographed can turn violent and smash your cameras, as they feel you rob their soul.
It was here at this conference for the first time I saw the eunuch born child, Mona.
Mona was born with a defective genitalia problem and was handed over to the Hijdas the same night she was born. Fortunately she was adopted by a very beautiful Hijda mother Babita and a normal male father Gopal Hajji who heads the Hijda community in Delhi.
Mona is about 8 years old , normally she looks like a boy, full of fun, mischievous , but once she took to the stage for a show by the Hijdas she was transformed into a Hijda princess, and perhaps she has her life cut up for her. Her foster parents are very rich, and her adopted sister is a eunuch too.
I thought this backdrop was important for you to know the ethnicity of the Hijdas, a very closely banded esoteric group..Pictures of Mona can be seen with her parents on my home site..
www.photographerno1.com

She is Mona the hijda child
Neither a girl nor a boy
Born with defective genitalia
Handed over to the Hijdas
The same night she was born
By her superstitious parents
It was the curse, a stigma
She this little bird
With clipped wings had no choice
Silence of the human species
Androgynous anomaly no voice
She will grow up as a Hijda
With dancing feet a rare
Flourishing beauty with poise
She is a breath of revitalizing fresh air
For the Hijda ethnicity they rejoice
I look at her with fatherly grace
My eyes see hope tender care
Turn moist..a burden of
A travesty of human neglect
Gender racism
Crass superstitions social stigma
That sanctimonious society
This unflagged error of judgment
Cannot hoist

I met Mona the child eunuch again at Ajmer Sharif with her parents at the Urus of Khwajah Moinuddin Chishty Sufi Saint and Hijda place of Pilgrimage second after
Koovagam Koothandavar in Villupuram in Chennai, where the Hijdas gather marry
Lord Iravan the Hijda diety an avtar of Lord Krishna , who dies in the night and in the morning the Hijdas turn widows , cry weep, break the bangles , and a funereal scene prevails..
You can see the German film” In Between Lines” in which my Hijda Guru Laxmi Narayan Tripathi has played the main role with the backdrop of Koovagam. 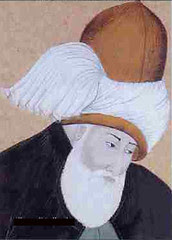 Thank You Howling Sheikh
When he decided to make you
He was tired but fully awake
He went to sleep later
That’s when he made
A Fake..An English Poet
A White God of Poetry
For Poetry’s sake
A slithering slimy snake
An American handmaiden
Who loves to cook and bake!
Good friends she does forsake
This Lady of the Lake
Racism in poetry
Is no nice give or take
It does a brown back break
A thirst parched in sorrow
Mere words can never slake
I am sorry I should have written
This in my language
But than poem hunter
Poison I did partake
Metaphors, Similes
And my poetic ache
And my horrendous grammar
My punctuated pause
My pedestrian poetic mistake
A pictorial wordless photographer
Writing for fun
Burning as an Indian
Like Joan Of Arc
Pilloried at a Stake
Pursued by
Australian Coral Racist Snakes
Poem hunter Ducks and Drakes

Dear Firoze, you would not have heard of me. I am a quiet man, who simply enjoys poetry and reading interesting forum quotes. I believe you to be a trouble maker, and have a mandate to ruin this site for others.
Having taken the time to read your work...I find your use of the English language is way below the standard needed to write 'good poetry'
Hope you will continue to write in your own language (of which I am sure your are more than capable) .


the poetry world of hate
is colored parched white
black and brown
when kicked around
have to keep quiet
yes very seldom
even if white is wrong
his wrongdoing by the others
of is race is termed all right
he was born to rule
his hegemony imperialistic
from colonial times
yes might is white
his message, his criticism
disrespect to your dignity
as a poet as a colored man
you shut face don’t get uptight
his torch bearers white women
breeding the product of his hate
his reflected racist light
we children of a colored god
we children of the night
untouchables we must write in our
language these are words racial slur to spite
yes racism in poetry is white
so many fishes in the pond at poem hunter
yet he picks on me
thinking i am dumb and he poetically bright
is it because i am brown
and he the lord of the white racist flies
sweet smelling purified
why is he after my colored backside..
my mutton chops my raw hide
the white devil and his bride
well for once poem hunter is not his
personal fiefdom or web site
your arrogance your venomous vanity
your poetic pride
log in your ancestral British hate
on my soul access denied..