I Know Why The Caged Bird Sings ..Maya Angelou 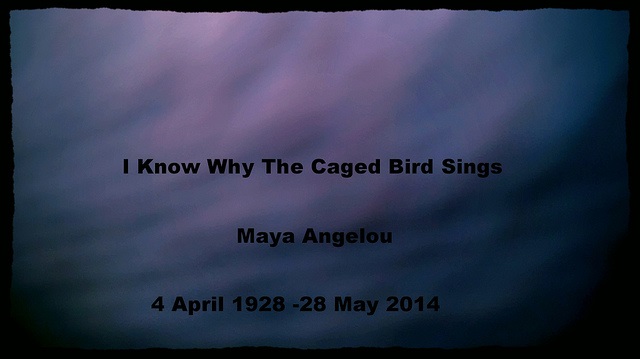 Maya Angelou (/ˈmaɪ.ə ˈændʒəloʊ/;[1][2] born Marguerite Annie Johnson; April 4, 1928 – May 28, 2014) was an American author and poet. She published seven autobiographies, three books of essays, and several books of poetry, and was credited with a list of plays, movies, and television shows spanning more than 50 years. She received dozens of awards and over 30 honorary doctoral degrees. Angelou is best known for her series of seven autobiographies, which focus on her childhood and early adult experiences. The first, I Know Why the Caged Bird Sings (1969), tells of her life up to the age of seventeen and brought her international recognition and acclaim.

She became a poet and writer after a series of occupations as a young adult, including fry cook, prostitute, nightclub dancer and performer, cast member of the opera Porgy and Bess, coordinator for the Southern Christian Leadership Conference, and journalist in Egypt and Ghana during the days of decolonization. She was an actor, writer, director, and producer of plays, movies, and public television programs. From 1982, she taught at Wake Forest University in Winston-Salem, North Carolina, where she held the first lifetime Reynolds Professorship of American Studies. She was active in the Civil Rights movement, and worked with Martin Luther King, Jr. and Malcolm X. Beginning in the 1990s, she made around 80 appearances a year on the lecture circuit, something she continued into her eighties. In 1993, Angelou recited her poem "On the Pulse of Morning" (1993) at President Bill Clinton's inauguration, making her the first poet to make an inaugural recitation since Robert Frost at John F. Kennedy's inauguration in 1961.

With the publication of I Know Why the Caged Bird Sings, Angelou publicly discussed aspects of her personal life. She was respected as a spokesperson of black people and women, and her works have been considered a defense of Black culture. Attempts have been made to ban her books from some US libraries, but her works are widely used in schools and universities worldwide. Angelou's major works have been labeled as autobiographical fiction, but many critics have characterized them as autobiographies. She made a deliberate attempt to challenge the common structure of the autobiography by critiquing, changing, and expanding the genre. Her books center on themes such as racism, identity, family, and travel.

Email ThisBlogThis!Share to TwitterShare to FacebookShare to Pinterest
Labels: I Know Why The Caged Bird Sings ..Maya Angelou 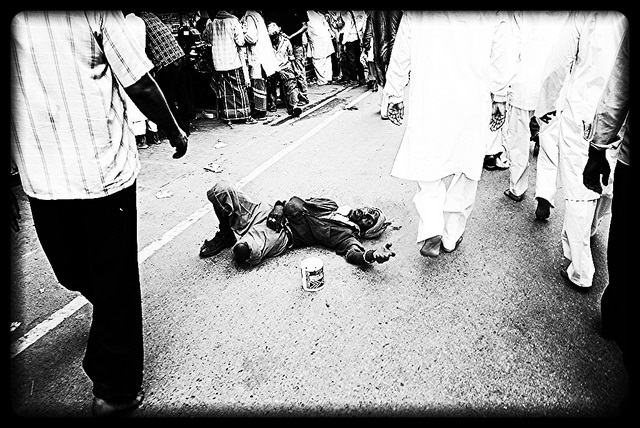 perhaps not even part
of humanity .. the muslim
beggar a minority within
a caved in minority living
on your leftovers your alms
your charity ..devoid of hope
justice equality .. from the
cosmic prison will never be
free . born bred in captivity
By Firoze Shakir Photographer No1 - May 30, 2014

Email ThisBlogThis!Share to TwitterShare to FacebookShare to Pinterest
Labels: muslim beggars, not a minority, street photography 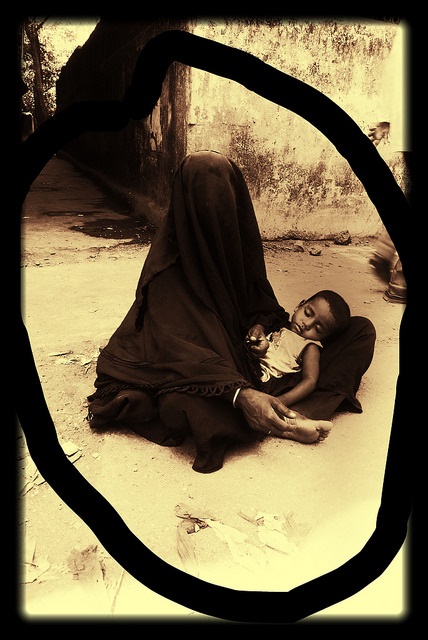 motherhood misplaced
looking at the future in the
face muslim beggar mother
is afraid will her daughter too
have to beg as she begs now
chills her spine such depressing
thoughts her mind invades
people rushing to the mosque
hurriedly throw a few coins
god cannot be made to wait
sanctimonious muslim society
has no time for her welfare
her problems they say are
her destiny self made
between her world their
world a torturous barricade
justice delayed ..a minority
within a minority muslim
beggars work hard underpaid
try as hard as you can
to remove them from you
holier than thou consciousness
they wont fade ..god is great
when you fail them he comes
out of the blues to their aid

for bakra eid you slaughter goats
camels worth lacs of rupees but
for the beggars ,,,a few coins
a message waylaid.. 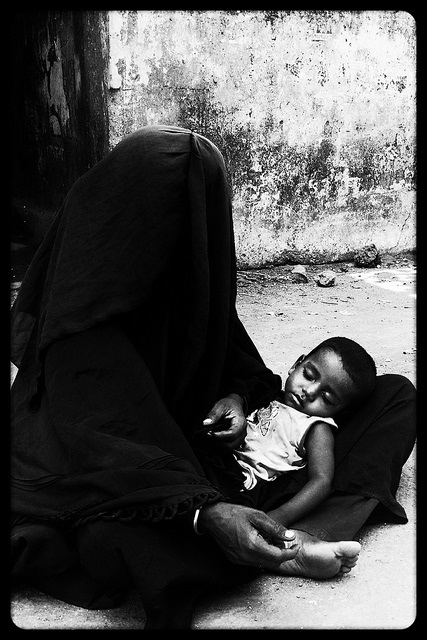 but i as a mother forced to beg
i shout at her and scream ..
i plead to her that as mother
as daughter we have to
supplement the family income
work as a team..in the beginning
of a this arduous task bismillah
ir rahmanir rahim ..her womb ready
to burst forth with another gift to
humanity her husbands only wish
hope of a male inheritor yet to
be born prince of beggars fahim

i have solidified the tears of this
muslim mother like the other
beggar mothers on my flickr
photo stream..live stream
By Firoze Shakir Photographer No1 - May 30, 2014

Email ThisBlogThis!Share to TwitterShare to FacebookShare to Pinterest
Labels: bandra blogs, muslim beggars, My Child Has A Dream Does Not Want To Be A Beggar It Seems, street photography

The Muslim Beggar Caught In A Deluge 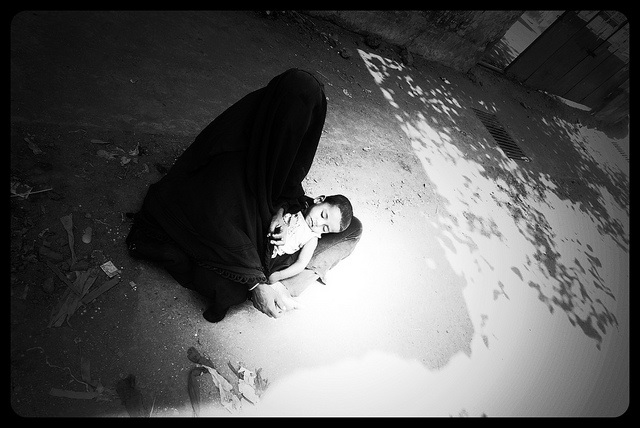 in the void of her despair she seeks refuge ..her problems humongous huge
By Firoze Shakir Photographer No1 - May 30, 2014

Good Morning From My World Of Darkness And Gloom 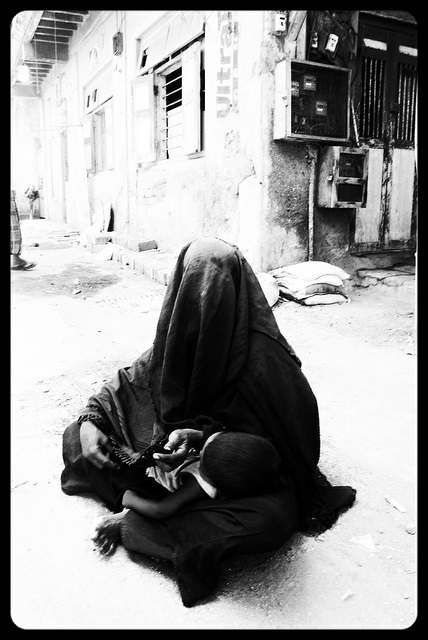 much before she was born
much before circumstances
forced her into a beggar
her hopes died before they
could bloom dogeared
destiny deleted and doomed
motherhood languishing
on the streets a few coins
thrown mundanely at her feet
fruit of the loom ..the untouchable
lowest of the low of muslim
society kept at arms length
i presume ..dreams once lived
now hastily buried entombed
tears on the soul of her
manufacturing womb ..a male
son some more children to beg
woe on the emasculated ego
of her husband .forced to beg
a void a darkness within the vacuum
yes i shoot muslim beggars
to showcase their agony neglect
apathy inhumanity ..a thought
not of concern to paid media
our sanctimonious holier than
than thou the indian press room 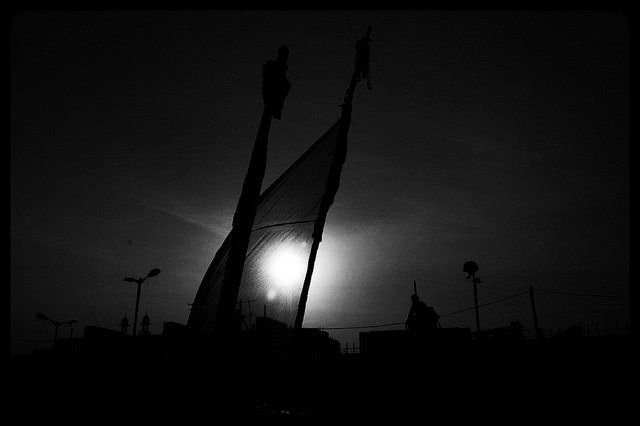