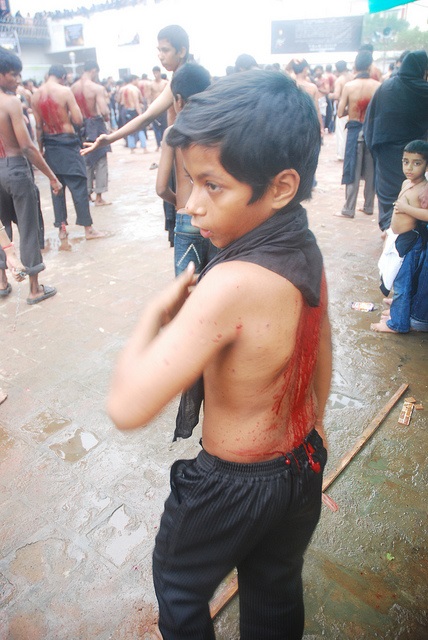 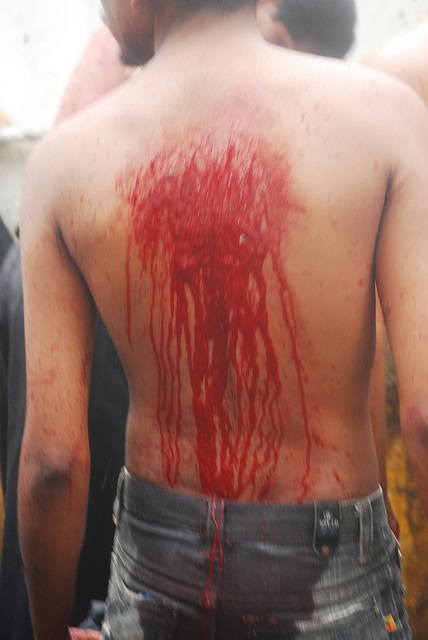 I began shooting Moharam about 15 years back after I took up Photography as a hobby..

My genre was documenting the various cultures rituals in my city Mumbai.. and being a Shia has nothing to do with my shooting Shiasm..
I shot Shiasm mainly to showcase to my non Muslim foreigner friends the world of a Shia during Moharam. and soon it became a passion I tried to shoot the main Moharam days  Ashura Chehlum  in Mumbai.

Than in 2003 or 2004 I shot Moharam in Hyderabad both Ashura and Chehlum  , later shot  Athvi a very important day when Moharam ends in Lucknow and Eid E Zehra the happy Shia day also known as Navi .

I shot Lucknow Ashura and Chehlum too big huge Shia days in the city of the Nawabs ,, A Shia citadel Nakhas and Kazmain.


This year an eminent French photo journalist wishes to accompany me to shoot Ashura inHyderabad , another Spanish photographer too has shown his inclination , I have no issue as culture should be shared as a human perspective emotions feelings more than its unique religiosity .


And Chennai Ashura is a intense chapter in Ghame Hussain , adults kids bleeding reminding the world of their 1400 year old protest against spiritual terrorism in Islam by the Umayad dynasty under Caliph Yazid .. the accursed butcher of Karbala ..
By Firoze Shakir Photographer No1 - September 22, 2014

Aviary Still Does Not Save My Pictures To Flickr 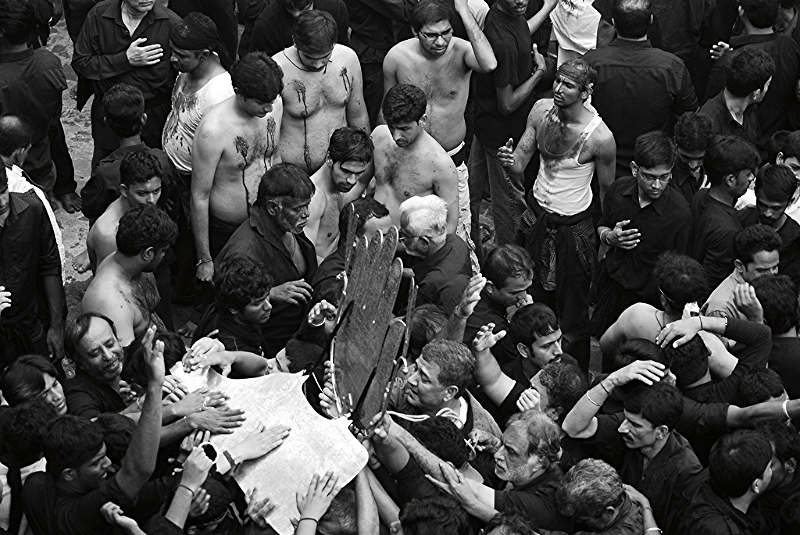 And I will not go cry at the Flickr Forum , it edits to my satisfaction , serves my purpose , I download it as a PNG image , and upload it again as a new post at Flickr ,

I type with one finger so it is painful.. but I am seeing emotions in new light..Ashura for the Shias is an intense moment of pain , a collective memory of the genocide at Karbala . the barbarism of the early Muslims and this barbarism is genetic to Islam.. it will always be there .. and this genetic flaw creates monsters like the ISIS Jehaddists , this misplaced martyrdom serves them well, looting raping , decapitating and showing it to the world this evil visual imagery is the worst form of Terrorism..

If they had not killed the Americans or the Western captives you think the world would have bothered , who cares , the Boko Haram carry on with their killings kidnappings and they should dismantle the eunuch UNO.

And so Moharam Ashura the  Shia chant of Ya Hussain continues protesting against the oppression of Yazid the original father of Terrorism, along with his father Mauwiyah ibn Sufiyan of the Umayad dynasty.

And Muslim youth will be influenced by all this trying to change the world make it entirely Muslim ..and you are the product of your parentage , your ancestry ,, we as Indians  Muslims dont have this evil trait and yes in most cases it comes from the Rogue Mullah too who teaches kids at the madrsas.. to some extent , they is a lot of bigotry racism and hate for the Kafir or Non Muslim,, the flaws are within the Islamic system of thought corrupted by the custodians of Islam but it is easy to blame American Israelis and the Muslim minorities.

Personally the few  places in the world where Muslims love killing Muslims is  Pakistan Afghanistan and the Arab belt of Syria Iraq..

I am happy I  was born in India and have no attachment with Arab thought or its barbarism..and this is Ashura the day we mourn for the Martyrdom of Imam Hussain grandson of the Holy Prophet , this was murder  but it has been condoned and written of as a a political event ,, this was the precedent to justification of killing anyone who does no follow their form of Islam be it Salafi Wahabbi ,, or any hate festering one ,,

And I have removed the color of blood we shed .. made it stark black and white ,, as a photographer documentarist I hate text words but sometimes it is needed to explain the symbolism of our bleeding heads bleeding backs and chests.

I bring you Karbala the moment of Karbala through an image ,,  a series shot in 2010 ,, revisited again through a faulty editing tool at Flickr ,, called Aviary..

Thank you Aviary.. I am astonished at my moderation,