A Cruel God Created Us All 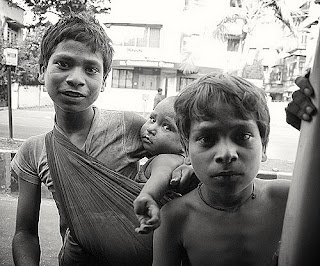 was it by accident
or was it by default
to an injury adding
copious amount of salt
pain he won't halt ..
pestilence misery
despair despondency
is it only Mankind's fault
his fucked Fate that he
bequeathes to his children
before and after the fall
life is a wailing wall
echoing the Muezzins call
than comes Death with his
chariot the last final ignominy
of that assault..
Thou Shalt Not
Troll ..God by prayer
or by invocation
says it all .

When a Picture Gives Birth to a Poem 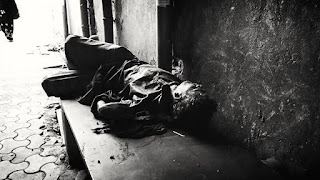 the darkness in his life presents a sense of gloom
the day he saw her fell in love with her marked his doom .
a love that died much before
it could bloom..
memories in the graveyard of his fucked consciousness that vengeful time wants to exhume
she fled one night with his best friend leaving the gas open poisonous fumes..he survived before he could be placed on a mound of a unmarked tomb ..
His one last memory a drop he left behind in her unforgiving womb . 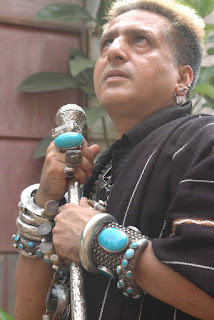 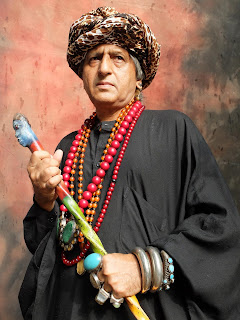 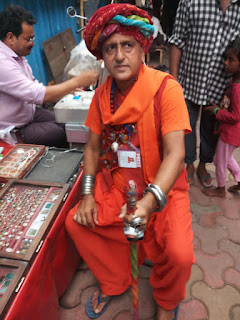 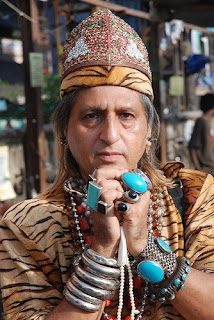 When I began my lifes adventure as a photographer at Flickr achieving 5000 photos was a moment of joy and it was blessings of friends followers wellwishers I reached the landmark of 100000 ..it could have not been possible without all of you ,

But I must reiterate I have cut down my photography  I used to shoot all the Shia events in Mumbai but its been 5 years now I dont shoot Moharam in my city at all for personal reasons .

As a blogger it was Flickr that was the origin of all my blogs street blogs poetry blogs and religious blogs so at times I wonder what spark of enlightenment made Ms Marissa Mayer buy Tumblr with that money she could have made Flickr better and she has done a good job..that should b mentioned too.

I find very few people that I shoot really know about Flickr ..so shooting videos of their faith culture events gives me a greater visibility at You Tube but those who manage You Tube dont know their rectum from their elbow ,,,very poorly managed and the shit that people upload makes me puke on my shirt front ,

The You Tube editor was an insult to a creators intelligence and the entire Video Manager needs a total up haul but sadly Google is good at self destruct be it Google Buzz or even Google +and their most regressive monolithic Blogspot ,,, th same hackneyed templates and horrendous pretentious Blog platform.

I dont blog anymore the Blogger in me committed Hara Kiri and I was once again reborn as a opinionated photographer and storyteller .

Even Flickr needs a team of photographers to manage it and not nerds or dimwitted robots that use human intelligence from the backside of their pompous pedantic ass.

A photographer like Thomas Hawk or Jeremy Brook or someone of that standing status should be part of Flickr management and Mabel is a an entire Flickr Forum personified .

Change should come from within but than Yahoo was such a brainless self suicidal venture imagine your pictures are stolen and you contact Yahoo Copyright that puts all the onus on you and and Yahoo could nver be Facebook or Twitter as a matter of fact Flickr curators are so vacuous in their heads they dont know how to use Twitter lol ..

I am not a cybernetic genius nor a very good photographer but I am 65 I have been a businessman now a monk I know how the cookie crumbles .

I stopped using Twitter I cant be on a platform that is an institution that promotes Hate via retwets bots and trolls .

My Twitter grave exits and my tweets are protected ..and my account was never verified because Twitter India hates Muslims like me that promote Hindu Muslim amity and Jack Dorsey and Biz Stone live in Ivory Towers one caught in a Square the other in a Circle of Confusion.

I refuse to be on a platform where the death of Gauri Lankesh fills bigots right wing Hindus with joy at her Murder ..

I cant be on a platform where political leaders head of state follow bullies and women haters .

I prefer Flickr ... my pictures talk sometimes I talk to poetically or mystically in metaphors .

With Malice to None ..
A 140 word poet of Twitter on the Run
A Father Grandfather and a Son .. 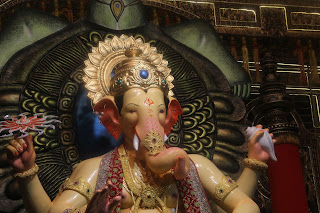 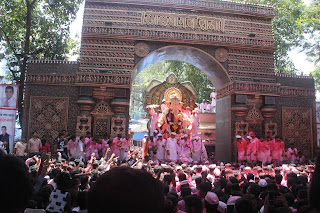 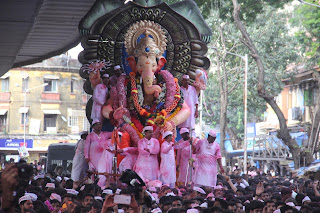 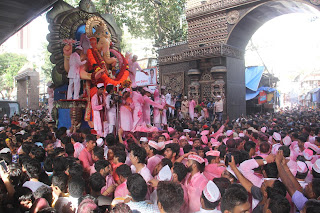 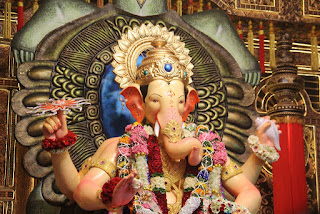 playing with words is poetry the essence soul
of imagery ...my fucked vision pays salute

a tree can be barren but is proud of its roots

photography is another word for Gods Truth

i would die without beggars chaos and urban decay ... 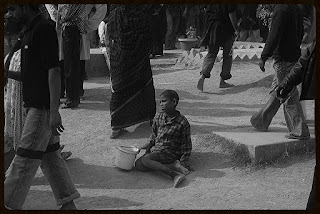 i cannot
shoot
pretty flowers
sunsets
golden dawn
rainy days
my world
is an illusion
unreal
you may say
my world is
molten lava
dripping clay
inhabited
by the living
dead who
cant find
a way
the homeless
the lepers
the untouchables
uncolored black
blackish gray
the prostitutes
of the red light area
whistling out to
passerby displaying
their withered wares
the womanly man
dressed in gaudy
clothes lurid stares
as he takes you
into a cubicle
on a creaky cot
up the stairs
i shoot pain
i shoot deformity
of body soul
spirit i shoot
street barbers
cutting air
i shoot the kumbh
religious fairs
a canopy of clustered
chaos everywhere
children urchin
threadbare
i shoot sleeping
dogs dreamers
dare..my creativity
comes from killing
bed bugs on
my body bare
i kill  i swear
my bleeding blogs
is all i share ..
By Firoze Shakir Photographer No1 - September 15, 2017

Can Life on the Street be Fine Art 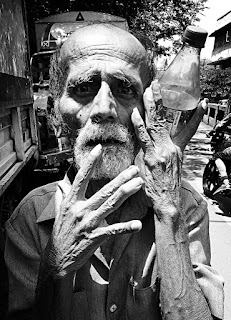 A thought begins
to take birth
Monochromatic
Morbidity.
Does Art have a Heart
Where do I start

Email ThisBlogThis!Share to TwitterShare to FacebookShare to Pinterest
Labels: art and street. 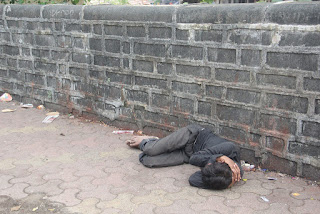 Anger, love, confusion
Roads that go nowhere
I know that somewhere better
'Cause you always take me there


There is a story behind this picture that I must belatedly tell
heaven is a figment of mans life undernourished dreams
the only reality is this transit earthly lounge a living hell
what is his story who is he I shudder to tell why did he run
away from home because he was good for nothing his parents yelled he escaped flew over the cuckoos nest against torturous domesticity he rebelled ,,took a train ticket less to Mumbai to live out a dream..hunger gnawed at his entrails he was not too well blood sweat tears cold naked floor putrid uric smell ..
he was waiting there subconsciously that i would shoot him transfer his angst as a picture so you could explore his travails
his lonely journey ..caught in a web of a magical spell..

Email ThisBlogThis!Share to TwitterShare to FacebookShare to Pinterest
Labels: Take me Home 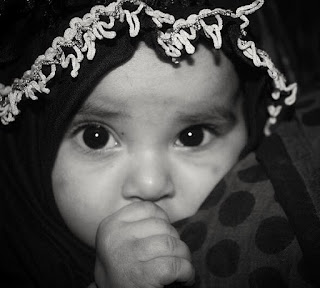 This child my second granddaughter has had the greatest influence on my life and my photography .

She calls herself Photographer no1 and is a natural born with the camera ..she is an amazing sight to watch when she is shooting she becomes one with her subject and after the shot she will show her picture to the subject on the camera monitor.

Holding the camera since we 18 month old the Canon 60 D has become an extension of her personality.

I took her to Mount Mary and it was after a very long break but she gets tired in the end as people crowd around her she does not get intimidated and goes about with her shot ..she has learnt more from the photographer's that came to my house than from me ..
She has gone to Pune with her sister Marziya to visit her cousin Zinnia with my wife and their mother.

I must mention here better than the Flickr editor is Aviary I use it via my mobile phone it is simple and serves my purpose I am not very crazy about Photoshop .

The Living Dead of Bandra 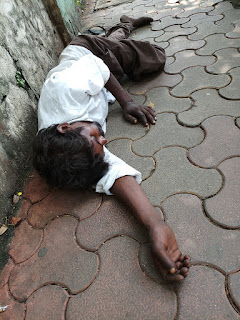 just watch him as he snores
away from reality of life s seashore ..

he is man born as a malady a disease an eyesore ...a whimper in a lions roar ..blood sweat  tears rusty iron ore ..

his destination his dreams begin from a trapdoor...
failure is his essence and core

Email ThisBlogThis!Share to TwitterShare to FacebookShare to Pinterest
Labels: The Living Dead of Bandra

I Use the Camera to Heal Myself . 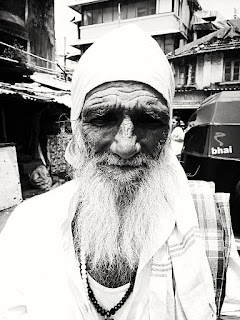 Since 4 am today I have been very sick loose motions and other related problems add to that lack of sleep .
My wife has gone to visit our granddaughter Zinnia in Pune along with Marziya and Nerjis as she always has a home remedy for my problems .

it could also have been triggered by the dinner I had last night in absence of my wife .

However I did not give in at 7 I went to play tennis and my vision was blurry and dark I played for an hour drank lots of water than I came home showered took a nap ..
I went out again for some domestic chore on my return my maid gave me some chicken broth and bread .

I  much better now but I have to go to town for an urgent work I try to Heal Myself without medication ..thinking of Sakhi Shahbaz Qalandar..Sehwan .

This is my inner expression I gave up blogging completely ..
By Firoze Shakir Photographer No1 - September 15, 2017