The Shias Of Chennai 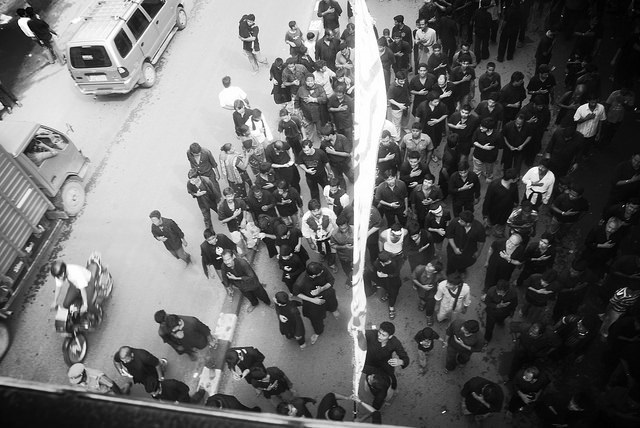 The Shias of Chennai are about 10000 I was told a minority within a minority , but collectively a major strong force that does exemplary Azadari , which means hosting the Mourning during Moharam that lasts fot two month eight days .

They have Imambargahs , hous majlis and much is centered around the iconic 1000 Lights Mosque.

From 1 st Moharam starts the mourning for Imam Hussain ,  7 Moharam juloos the Martyrdom of Hazrat Qasim ibne Hassan is a huge event marked with a procession  matams and zanjir zani.

Ashura 10 Moharam is another huge procession that is major mourning day and in the night is the  Shame Gariban majlis in pitch darkness ..remembering the Battle of Karbala the burning of tents and the merciless killings brutality bestiality by the forces of Yazid , the forerunner of this force in modern times is the evil ISIS ,,.Evil never dies it spreads its tentacles from one era to the next that is why the Shias recite the famous noha of Marhoom Syed Sibte Jaffar Sab.. Jab Imam Ayenge referring to the occultation of the Mahdi.

hi'ism[edit]
In Shia Islam, the Mahdi is associated with the belief in the Occultation, that the Mahdi is a "hidden Imam" who has already been born and who will one day return alongside Jesus to fill the world with justice. [10] Some Shia, such as the Zaidi and Nizari Ismaili, do not believe in the idea of the Occultation. The groups which do believe in it differ as to which lineage of the Imamate is valid, and therefore which individual has gone into occultation. They believe there are many signs that will indicate the time of his return.

Shias believe that the arrival of the Mahdi will be signalled by the following portents:[3]

The vast majority of people who profess to be Muslim will be so only in name despite their practice of Islamic rites and it will be they who make war with the Mahdi.
Before his coming will come the red death and the white death, killing two thirds of the world's population. The red death signifies violence and the white death is plague. One third of the world's population will die from the red death and the other third from the white death.
Several figures will appear: the one-eyed Antichrist (Masih ad-Dajjal), the Al-Harth, Al-Mansur, Shuaib bin Saleh and the Sufyani.
There will be a great conflict in the land of Syria, until it is destroyed.
Death and fear will afflict the people of Baghdad and `Iraq. A fire will appear in the sky and a redness will cover them.
Shia traditions also state that the Mahdi be "a young man of medium stature with a handsome face" and black hair and beard. "He will not come in an odd year [...] will appear in Mecca between the corner of the Kaaba and the station of Abraham and people will witness him there.[3]

Ja'far al-Sadiq, the Sixth Imam, made the following prophecies:
Abu Bashir says: When I asked Imam Ja'far al-Sadiq, "O son of the Messenger of God! Who is the Mahdi (qa'im) of your clan (ahl al-bayt)?", he replied: "The Mahdi will conquer the world; at that time the world will be illuminated by the light of God, and everywere in which those other than God are worshipped will become places where God is worshiped; and even if the polytheists do not wish it, the only faith on that day will be the religion of God.[36]

Sadir al-Sayrafi says: I heard from Imam Abu Abdullah Ja'far al-Sadiq that: Our modest Imam, to whom this occultation belongs [the Mahdi], who is deprived of and denied his rights, will move among them and wander through their markets and walk where they walk, but they will not recognize him ().[37]

Email ThisBlogThis!Share to TwitterShare to FacebookShare to Pinterest
Labels: The Shias Of Chennai 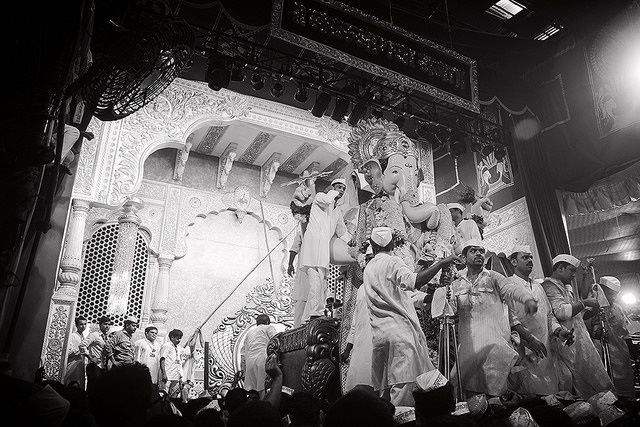 The Hinduism I shoot is pristine sacramental and has humility as its essence through the cosmic eyes of divinity .

I shoot Lalbagh Chya Raja every year for his followers and my Hindu friends ,,I have a camera I make positive use of my pictures to spread the beauty of my cultural inheritance and the power of our collective ethos as Indians .

I only hope and pray that the humility of Lord Ganesha in the avatar of Lalbagh Chya Raja touches his volunteers that they dont get carried away by spiritual arrogance ,, which is a heady substance that does not sustain the spirit of the Lord..and his message of Peace .

Soon I will be shooting Goddess Durga her workshops her pandals and her Visarjan too including the Pitru Paksh that I have always shot come what may..

I am thankful to those who helped me shoot Lalbagh Chya Raja the karyakartas  the committee members of the Lalbagh Chya Raja Mandal and Mr Sudhir Salvi Mr Ashok Pawar without their help I would have not been able to shoot this visarjan set of 781 pictures all shot in a few hours at the Pandal and in and around the Pandal.