Most of the time Marziya will pick up her moms phone and have lengthy conversations, in a language that is her own concoction..as a poet I think she talks to a greater Divinity complaining about the quality of life as she sees it with her child's eyes.

And I think the greater divinity at the other end gives Marziya a patient hearing too.

Perhaps god is not a person with a white flowing beard but only a little child in a heavenly crib..running the world with a little dimple on his cheek.. 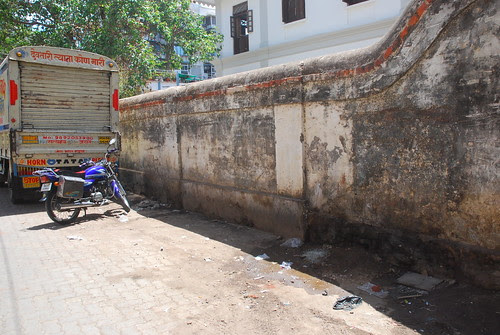 There is no public toilet here off Bandra Hill Road and on Chinchpokli Road so every minute some one or the other washes this wall which incidentally is the wall of the Tata Agiary Fire Temple of the Parsis.

Who cares now if there was a stiff fine of Rs 1500 for piddling here it would stop immediately..

But than the warden who would be collecting this imaginary fine would pocket Rs 500 and let the guilty man go..this is the flip side of life in India..

Holding It In His Hand He Takes a Leak 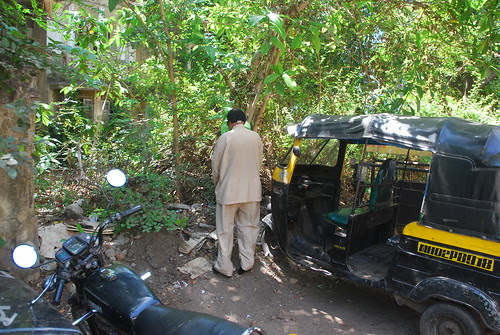 Holding It In His Hand He Takes a Leak, originally uploaded by firoze shakir photographerno1. 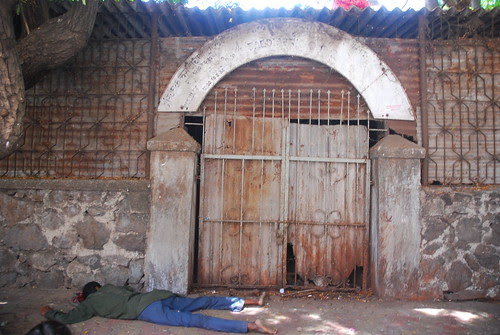 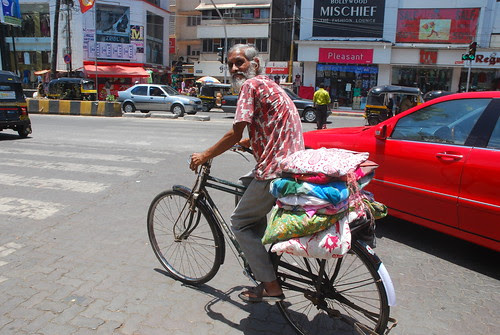 The Dhobis of Bandra, originally uploaded by firoze shakir photographerno1.

There are a lot of Dhobis in Bandra where I stay , originally the Bandra Reclamation area once was a Dhobi Ghat , later I am told after reclaiming the sea their shanties were bought by the builder lobby and buildings came up in their place.

Some got a a room in the building other took money and went back to their native place in Uttar Pradesh.

So in almost all the back lanes of Bandra Bazar there is a cluster of dhobis..and they have a flourishing business as the poor and the poor middle class use the dhobis instead of the dry cleaning shops.

The famous drycleaners are American Laundry and Bambi on Hill Road ..
In the bazar their is jut a single dry cleaners shop.


So predominantly at Chinchpokli lane , near Ram Mandir lane and in the Bandra slums you will find dhobis and also in Shaheen Building.

My dhobi guy is a third generation dhobi , his grand father used to pres our clothes , than his son and now the grand son in over 22 years that we ar in Bandra.

Our dhobi is from Shirley Village off Carter Road.

The dhobi is now an extension of our family's domestic chores. 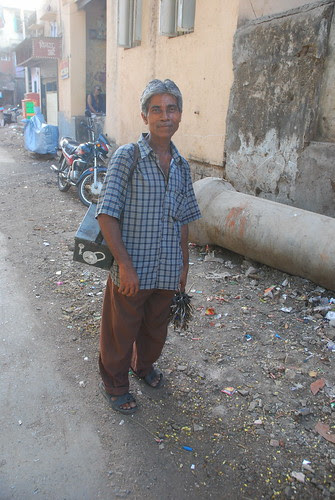 The Chavivala or Keyman, originally uploaded by firoze shakir photographerno1.

I shoot simple people simple situations I shoot memories of man on the street of despair.

I am not lucky as most of you guys are as photographers you can buy a ticket and shoot the other side of the moon I am stuck too my surroundings..like a slave to my karmic fate.

When I walk with my wife and go to take a shot she blurts out did you not shoot him last time , and I answer her with two dots..that are my bedazzled eyes.

I shoot and document the life of man in my surroundings, some places like the Police Road side cemetery I never get tired shooting..and Lord Jesus who guides me towards him when I have nothing else to shoot and I can always shoot my bejeweled hand..

And than I think without insinuation the media guys who are worse than me shooting the same thing too without poetry or prose.

My pictures in all humility are poems of the drama of life identifiable to Indians perhaps not the white man.


My pictures are colloquial sounds of silence and my world as a street photographer centers around Bandra where I live and work.


I dont sell my pictures or my text so I am under no editorial obligation or constrain.

And today I called up my Peersaab Fakhru Miya Hujra No 6 Ajmer and told him I was totally drained emotionally and financially and might not make it to Ajmer Sharif for the Urus..

He was adamant I must come to Ajmer and I know only a miracle or the call from Khwajah Garib Nawaz can see me there.


And it is not my ticket to Ajmer but my other commitments on hand that refuse to let me go..I am chained o a lamppost where time like a dog comes and piddles on my face ..to remind me I am as human but not enough like the guy next door.

So this is a blog..of pain of a photo blogger who shoots the dimensionality of pain...in color but white washed as a monochromatic malady..