The Last Strand Of The British Empire in Lucknow 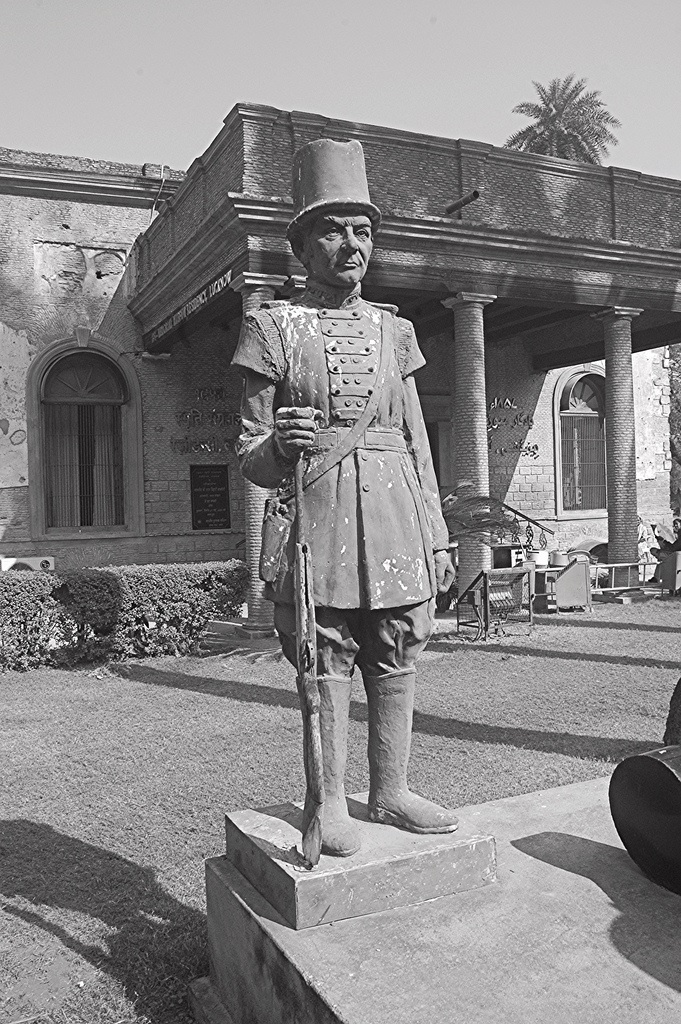 he is standing there forgotten by those who left him...on native soil.. oh how his blood boils
the thought away from home away from snow he recoils
standing at the british residency without pay leave gratuity
he toils ,,catches the flu dengue his white alabaster body
riddled with boils ,,every night he watches whores getting
fucked under the moonlight as he pukes smelling their body oils ..his dreams spoiled

to my dear friend meld
who inspired this poem ..
from the soul of turmoil

We Shoot Memories Etched In Stone 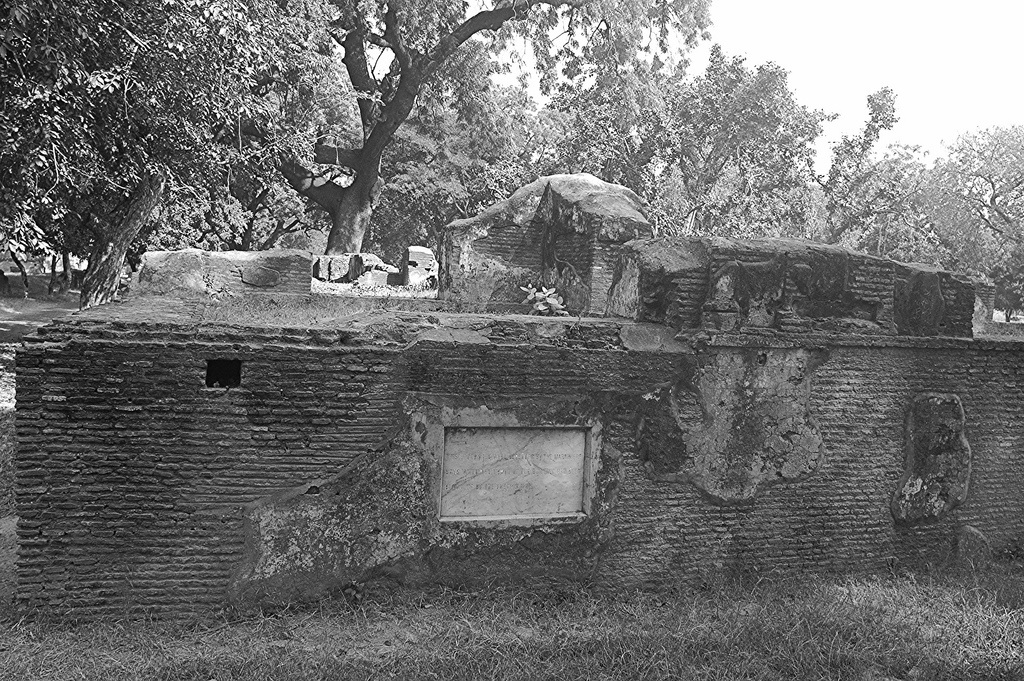 the siege of 1857
british residency
beneath Indian soil
lie writhing english
blood sweat tears
bones by the great
empire they were
disowned left
alone ,,no one
to call their own
on their forgotten
semen stained
graves trees have
grown dreams
tattered torn
memories
outworn 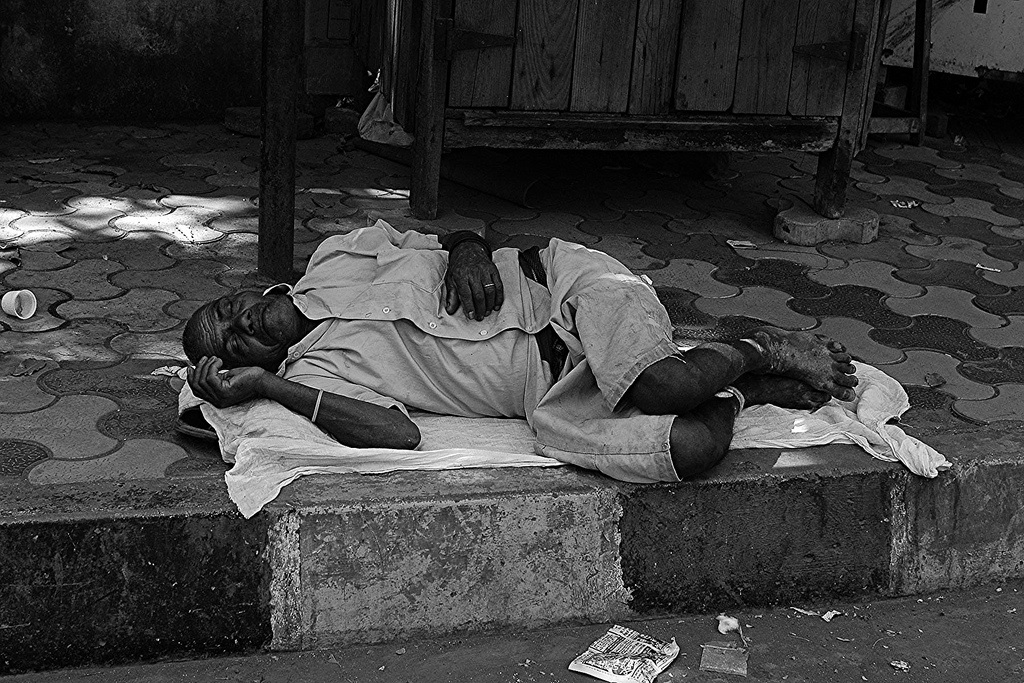 that one day
he will be free
from the reality
of pain..heavy
legs manacled
a common man
bound to chains
all his life he lived
on the roads he
made no gains
even in his dreams
he is totally drained
sitting on the edge
of life to god above
he complains his
sorrows his trials
tribulations that have
made him insane
death watches him
from afar as he feigns
decides he will come
for him another time
nodding his brain ,
he has to rush to
another spot where
a man is writhing in
agony a stroke migraine


this man is sleeping outside a municipal hospital in bandra they have no bed for him he is a diabetic and his condition was serious when i shot him.
By Firoze Shakir Photographer No1 - January 30, 2015

Email ThisBlogThis!Share to TwitterShare to FacebookShare to Pinterest
Labels: He Is Dreaming 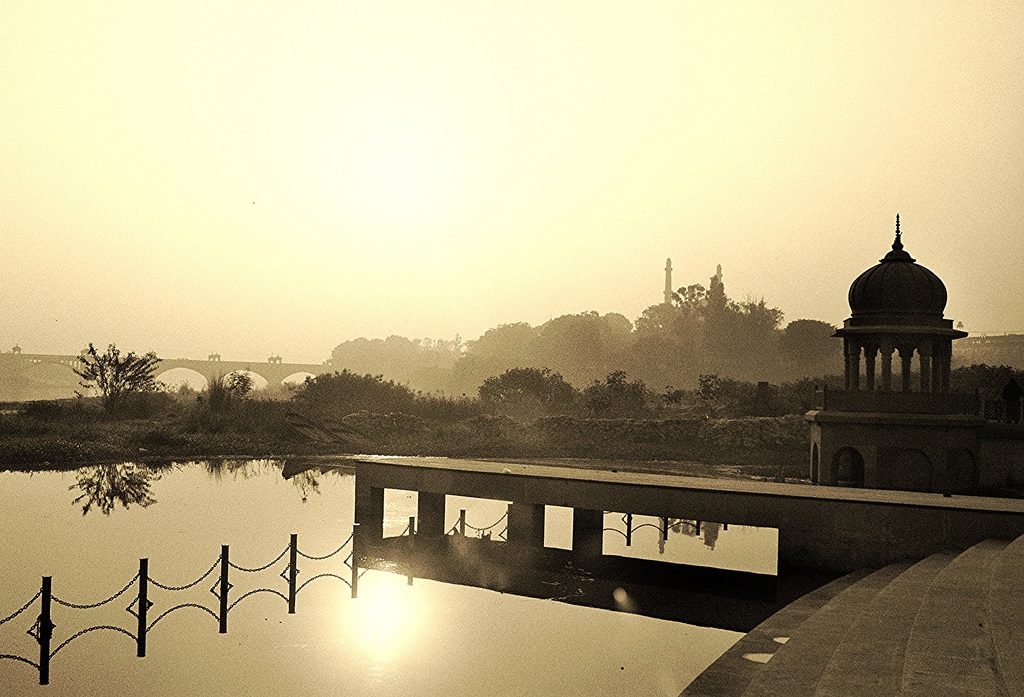 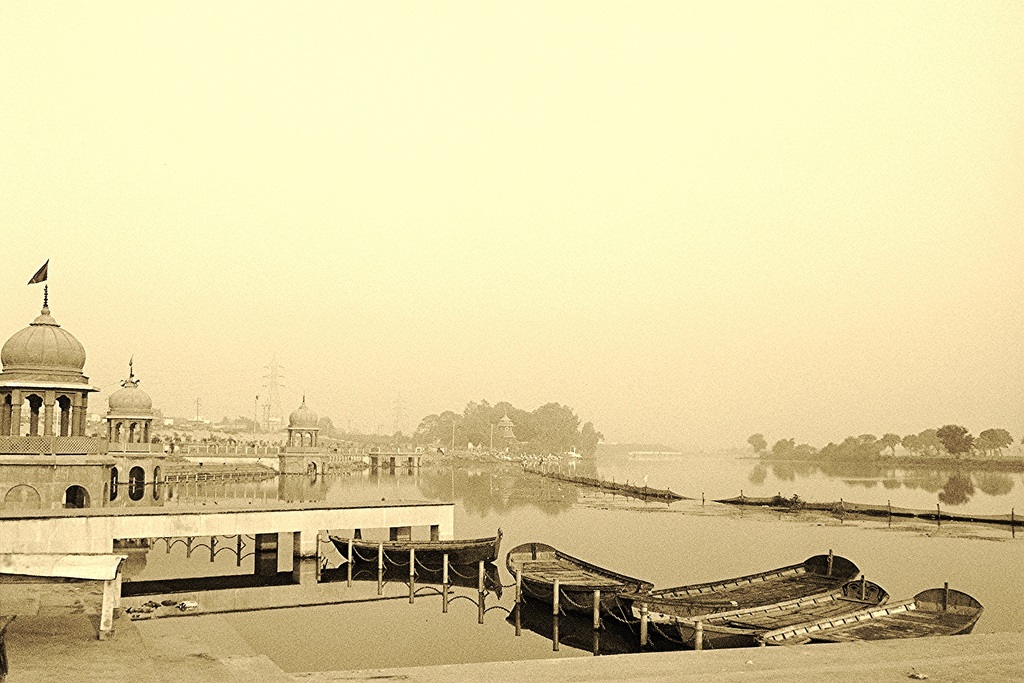 This was shot in 2005 in Lucknow at the Gomti Ghats , and I liked this place mainly because of the Dhobis that dyed the chicken cotton clothes , and put it up to dry on rows of clotheslines ,, lovely Indian vibrant colors ..and the morning ablutions at the Ghats , the Sadhus who looked at me curiously , my cosmic rings my malang attire though I looked like a Malang I became one in 2011.

I met Aghoris at the ghats who requested me not to shoot them but sit with them chat and I could not eat what they offered me refusing the meat politely .

Lucknow has great memories mostly pictorial..and I shot alone , I hardly mixed with people ..and with my dread head , my beads I looked like an ascetic on a journey.

I like three cities for street photography Lucknow Hyderabad and Delhi.. and because of my work commitments in Mumbai I hardly get to see what others shoot , and now that I have flowerhorns at home and birds I hesitate to go out of Mumbai. I lost all my black ghosts over 75 when I went to Hyderabad and the pump stopped as it was clogged by too much food put by my maid ,, she was not even aware they were dead despite the sickening smell that I felt when I returned from Hyderabad Ashura.

Mumbai street photography is good in SOBO .. Crawford Market , Mohomadally Road or Bhendi Bazar but better still Chor Bazar on Fridays .. I have not gone to Chor Bazar since several years ..

The Congress Corporator is the sole survivor of Congress Free Bandra ..and I dont think he really cares about Bazar Road ..


And than I wonder why I take Bandra Bazar Road what if we move out of Bandra one day ,, our family is expanding and  we will have to face reality one day ,,unless my brother .. I am the eldest sells our parents flat at Strand Cinema Mohini Mansions ,,

Email ThisBlogThis!Share to TwitterShare to FacebookShare to Pinterest
Labels: Before You Shoot A Picture You Should Be Able To See It In Your Minds Camera Eye

I try not to shoot pretty pictures but this was a long time back.. 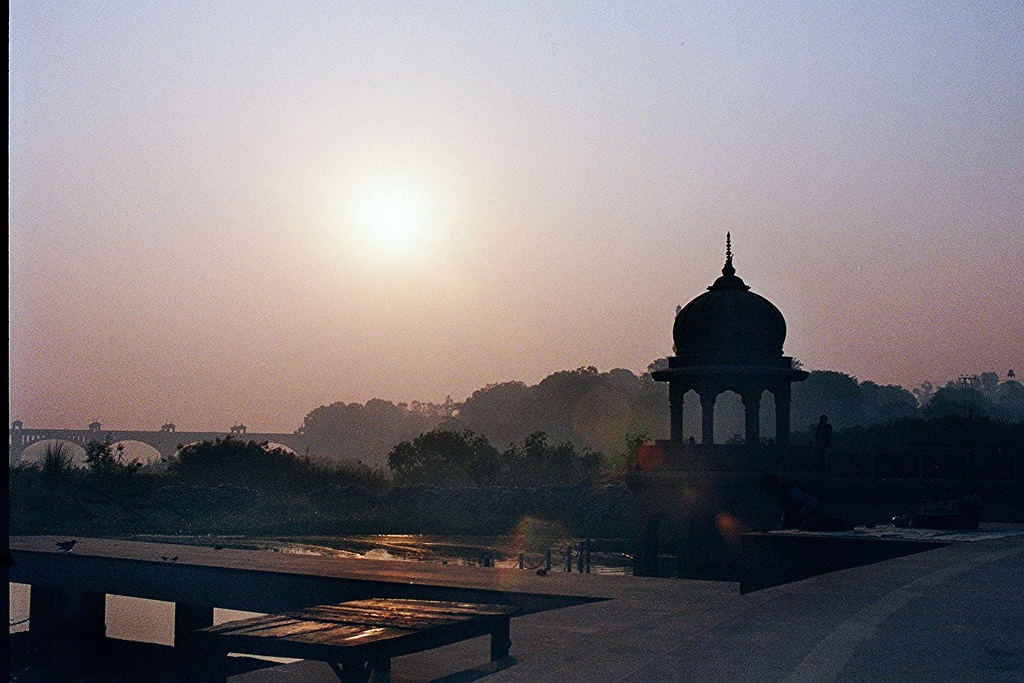 Sometime back I wrote a very long blogpost on this pictures BW version and I dont have back up on my laptop and it got accidentally deleted , I have never written such a long post  and I have a lousy memory so here I am posting the colored version and making an attempt to recover the lost blog from my mind ,

I shot  this in Lucknow 2005 , and it was almost 10 years back.. this year due to lack of time I did not visit the Gomti Ghats were this picture was shot , I had no time I came to shoot Chehlum 2014 and was here for two days , I cut my head with two daggers this time  in both my hands , and my kamzani pictures were shot by my relative Guddu ,, however on instructions from my mother in law he took away one of the daggers but I cut my head with the single dagger again twice , than before I could proceed my mother in law took away this dagger too.

I walked from Nakhas barefeet till Talkatoa a long distance in my wet clothes and a bandage on my head thanks to the first aid guys on the streets.


The day after Chehlum I shot the backlanes of OLd Lucknow , and I am an impulsive street photographer , I am not a disciplined photographer I use my street instincts my inner guts I shoot what I see I dont manipulate situations I shoot from my heart the pain of the people be it beggars beggar kids garbage too.

I had a diabetic wound on my leg from Mumbai that made life more miserable and my blood sugar was on the rise aggravating my wound .

When I reached Mumbai I got a viral infection that laid me to my bed for over three weeks , heavy dosage of anti boitics and i have recovered .

From the time I got both my cameras serviced at Canon Service center I shot one day that is my schools Diamon Jubilee Celebrations , and my cameras are on bed rest like me.

And all these pictures you see me post as BW thanks to Aviary are pictures from my archive on CDS and DVDS.
pictures  shot in 2005 and with added new thought or added new poetic dimension .. I use my Motorola G a lousy phone in terms of photography  but helpful in capturing fleeting street moments .. and it will be a long time before I buy a good camera phone ..I think.

And as I write here I also check on my Twitter timeline interact with friends , and another window is Google+ .. I also pimp my photo blogs on Ello and here I interact with a few photographers I came here thanks to kind hearted Mr Thomas Hawk I sent invites to a few of my Flickr friends but I dont think they are as impressed with Ello ,, maybe they are badly hooked to Facebook.

I also post my blogs to Indivine at Indibloggers , and also vote for other Indi bloggers blogs , I think it is most important to encourage bloggers , and by voting for their blogs we inspire them to blog more .. and Renie Ranvin the architect of this platform is a very dear friend almost a brother ,

I used to avoid Indian blog platforms once upon a time I had huge problems with people wore blinkers and kicked my ass black and blue because of my Shia Blogs or Hindu blogs ,,Indibloggers has been a great catharsis for this bloggers pent up emotions .

And as I accidentally deleted the BW version of this picture .. I am posting the original and deeply hurt on losing what I had written and as I type with one finger it can be a real pain in the as that is why I check other posts of my Flickr friends followers favorite and try to comment too but this universal finger hurts after sometime .Forgive me .. People who add me here at Flickr I add them back , though honestly i am not into Art Flowers Planes etc.. or Insects ,, but what the heck.. I dont shoot that genre ,, but I do admire those posted by some very dear Flickr friends .

I dont add people who have no picures on their streams here at Flickr or those that love genitals as photography .. that is why I block those who favorite my Naga Sadhu pictures once I see their pictures .. too bad I am frickin opinionated .

My hijra sets my gay pride sets my crossdresser sets are of public  as they serve as titillating the voyeurs only ,, and my hijra pictures are about human life their struggle their pain of living .. among repressed sexual animals you find them more among Indians who would fuck anything on two legs including a 5 year old child ..we talk about Swach  Bharat but cant clean the mother fucker rapists child molesters acid throwers .. and it is only a empty political mantra if we cannot clean the dirt within mans mind and soul.

I try to keep my pictures devoid of text but sometimes the dam bursts and you can imagine I use a mouse with my laptop.. I am still trying to get the hang of the Internet.

I use two Internet  providers MTNL and the local cable guy called Brian.. highspeed my son pays for one I pay for the other both WIFI.

Lastly I thank God for this Pro account that keeps my uploading unlimited and my Flickr friends ,, my second family on cyberspace ,, and yes I miss my two friends Fred Miller and Jeff Lamb.. they were the two strong pillars of my Flickr family ,, they could have lived a little longer ,, RIP

And this post still is far from the one I originally wrote with inner passion,, lost page lost illusions ,,

PS I also pimp my blogs on Tumblr how did I forget that..
By Firoze Shakir Photographer No1 - January 30, 2015

Email ThisBlogThis!Share to TwitterShare to FacebookShare to Pinterest
Labels: I try not to shoot pretty pictures but this was a long time back..
Newer Posts Older Posts Home
Subscribe to: Posts (Atom)