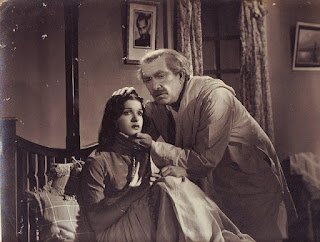 My parents stayed as tenants at Late Nawab Kashmiris house at Khatau Bhuvan Wodehouse Road now Jony Castle ,, it is those early years and support from the children of Nawab Sab,, that molded us ..Nawab Sabs daughter the brilliant Akhtar Kashmiri was the one who enrolled me in 1955 at Private European School the fees were Rs 50 which I am sure she paid as my dad was far too poor to have afforded it .. here I studied under Mrs Lester Mrs June and Miss Marjorie ,, my classmates were Jimmy Nanavati Tanaz Nanavati children of Captain Nanavati Ahuja murder case .. the other classmates were Madhu Sudhir Ruia, Roy Daniels Sheba Eapens Hampton Court, and Priya Laila Kuruvilla daughters of Rear Admiral Kuruvilla .. there was Indira Khare who stayed at Pallonji Mansions ,, next to Sohrab Modi and Durga Khotes house also the house of my childhood friend Dinshah Sanjana.
From Private European School Akhtar Baji as we called her respectfully enrolled me in Holy Name High School.. we moved out of their house after they had left and for a short while the landlord shifted us to Breach Candy Neelam Apts and finally my dad bought us home to roost at 3 Mohini Mansions Strand Cinema.
I am now very close to Nawab Kashmiri son Manu Bhaiyya and his family ,, though now at 63 I have not forgotten Akhtar Baji for all she did for me my mother and my siblings ,, Nawab Kashmiri Sab had married into the Nawab Wajid Ali Shah family of Avadh,, they are direct descendants of the Nawabi era.,,.
Sohrab Modi sabs birth anniversary made me pen my thoughts nostalgically ,,the magic on never fading memories and some lost illusions .
By Firoze Shakir Photographer No1 - November 02, 2015