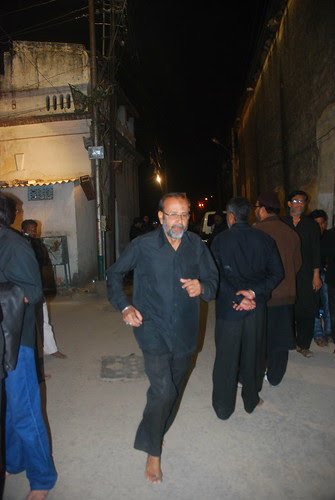 This action shot personifies the man called Iqbal Bhai, he is always running seeing to the comfort of those who attend his house majlis on 9 Moharam.

He is a very humble man , totally low profile and touches the feet of those who come to his majlis ..simply because Farshe Aza is where the history of Karbala unfolds through the indomitable spirit of Bibi Zainab..

I came to this majlis with Abid and Alamdar Lutfi, and they are the ones who bought me here in 2003 too..and if I am in Hyderabad I would certainly not miss the humble generous hospitality of Iqbal Bhai..Shia Momin and Moulaiee..

A pompous Noha reciter told me at the very beginning not to shoot pictures , I moved away , and some times I fail to understand the Hyderabadi mind set, but Iqbal Bhai got me a stool and said go ahead and shoot dont be intimidated by anyone and as a Shia photographer I show you the nuance of nostalgic faith called Ghame Hussain.

While the Alams of his House Imambada were being put to rest I collapsed and went into a trance..

After this majlis I went to shoot the Alam procession at the Mir Mousavi Shia cemetery, my legs were in real bad shape, because all this was back to back, I would sleep for just two hours and be ready for the next event the following day.

And Iqbal bhai has constructed the Gusul Khana at Mir Mousavi Shia cemetery , where dead bodies are bathed before burial, the plaque on the door of the Gusul Khana does not have Iqbal bhais family name simply words of humility that say this was possible only due to the love of my Imam...

So now you know why I respect this man , he gives to humanity in the name of his Imam and the Imam through God gives him fourfold.. 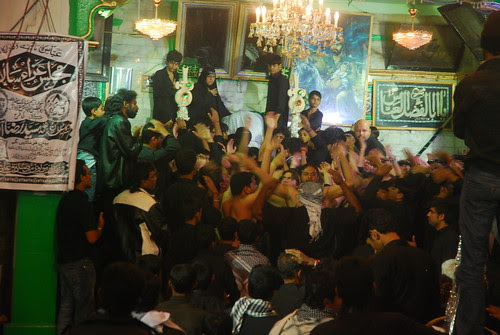 I have another 550 images to post at Flickr before the Moharam in Hyderabad 2009 series comes to an end... 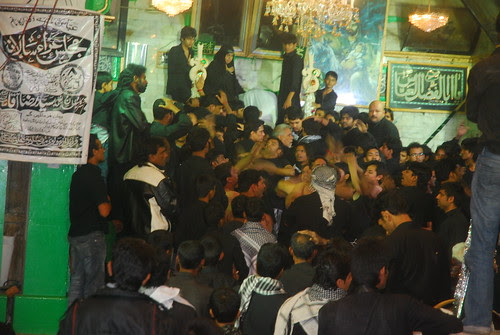 I have another 550 images to post at my Flickr photo stream.. before the Moharam in Hyderabad 2009 series comes to an end... 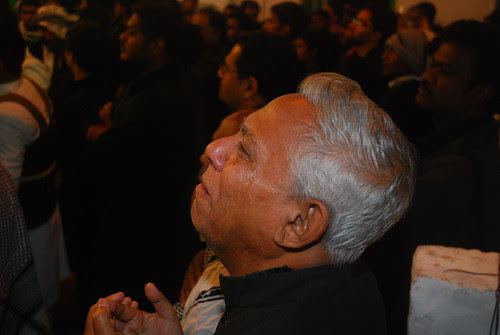