I met Dr Glenn Losack MD through the Internet , he had seen my Shia images and he wanted to shoot the same , so he left messages for me all over cyberspace that my silhouette presided ..

I connected with him , we both are crazy opinionated street smart kick ass photographers , we dont take No for an answer we shoot , ask questions later .. mostly certain places customs we honor the code and ground rules.


Glenn I call him Glenn came to Mumbai in 2008 I went to fetch him from the airport twice , his flight was delayed put him up at Hotel Heritage where he had booked his room at Byculla to be close to the Moharam ambiance at Imamwada and Bhendi Bazar,..

He came home met my family , loved my wife's cooking and Miya food that she made specially for him a bit bland khichda biryani and the best of tanduris , he blessed Marziya Shakir his soon to be disciple ..he is now Marziya Shakirs Guru..

Glenn loved Mumbai , he had visited India several times , he calls my beloved country Mother India and is cosmically connected with her angst .. and Mother India has adopted him as her son know this as I am a Dam Madar Malang and can read the writing on the wall.

Glenn met Habib Baqar and all my Shia friends and shot the Chehlum juloos as well as the Kurla juloos drenched in blood to the bone in black clothes , I had made for him ..and he became one of us , understood our pain our grief and respected our rituals .

I took the good doctor to Haji Malang and some crazy joints to show him the unexposed underbelly of Mumbai..this post being part of my Shia blogs I leave it to your imagination,...

After Glenn went back to New York he tried to come back but somehow his trip kept on getting delayed postponed and now finally he is arriving in Mumbai in December to shoot the Ashura ....and some other parts of India .. his interest is in leprosy and mental asylums , so any of you guys have anything pertaining to shooting the two subjects let me know I will pass it on to him , he is a well known celebrity psychiatrist and through sale of images helps the poor the needy and the demarginalized of India..he has done much work through Cry of India..

Just send me message through firozeshakir@gmail.com 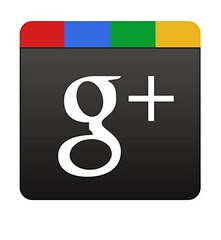 
Google+has introduced pages for business and other activities , I made a page on Shiasm in India connected to Shah Ast Hussain my Shia blogs at Blogspot..

Please check it out..