In Maharashtra The Vegetarian Weeps 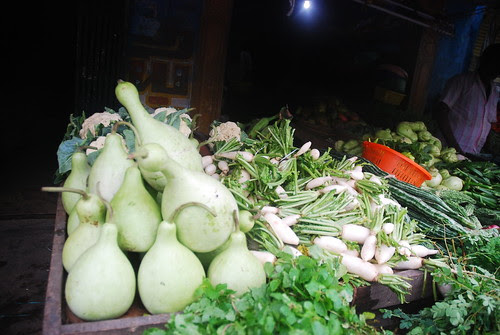 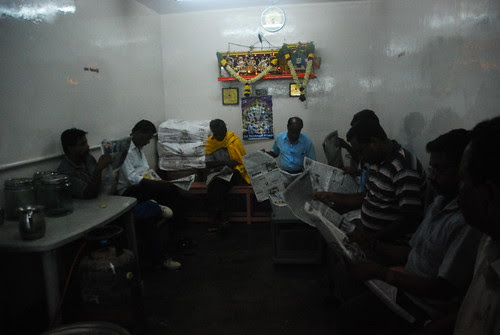 The Greatest Pastime of The Tamils is Reading The Newspapers at Tea Shops, originally uploaded by firoze shakir photographerno1.

debating on the future of a raja and the karunanidi government the onion flu had not infected their kitchens as yet.. 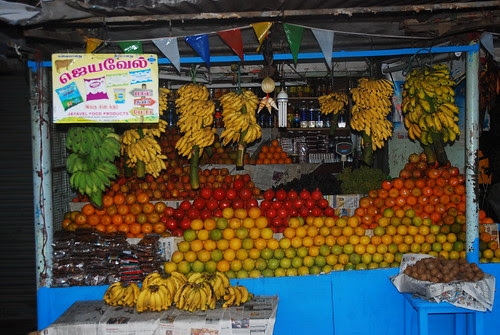 I came here with Dr Abbas Meer he left me at his lodge to attend to his medical work, so I explored the streets of Dharmapuri, from Dharmapuri we left later for Krishnagiri and than to Jigdevi to shoot 8 Moharam Ag Ka Matam.

I shot the streets encountered hijras who had met me at Haji Malang a few years back at the Urus , and the one memory I have of Dharmapuri is the exotic coffee the best I have ever tasted in my life .. I wandered around shooting faces , people school kids and whatever I liked ..

The fruit stalls are quintessentially alive at every block of the street including the coffee shop , lunch was delicious I had dry mutton Madrasi style at a Dharmapuri Dhaba.It cost me Rs 95 ..

And this a break from my Moharam documentary after I finish this I will post the Chennai street shots and finally the 7 Moharam juloos at Chennai.

The Difference Between a Photo Blogger and a Photo Journalist 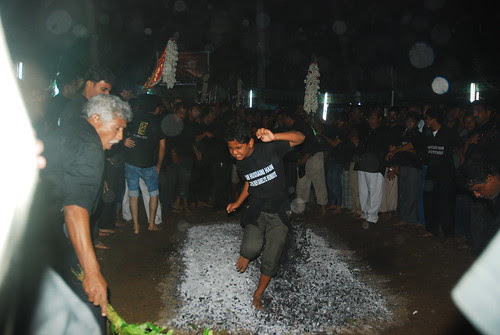 The Difference Between a Photo Blogger and a Photo Journalist, originally uploaded by firoze shakir photographerno1.

The photo blogger shoots the soul of eternity within the drop of a tear falling from a human eye or capturing Kabala within the canvas of blood grime and gore..he documents society religion customs and rituals gets abused gets his balls smashed metaphorically speaking because he shoots truth and truth is what the righteous sanctimonious does not want at all.

Sometimes I wonder , and I am amused too, shooting beggars is looked down upon, and photography has come through a lot of change thanks to the photo blog that destroyed the myth of photography.

Now even you can shoot bad pictures like and get away with it provided you add a few words of realism as street poetry.

Now on the other hand even a three year old child can shoot better pictures and photgraphy is in ones blood either you inherot it or it is bequeathed to you by a Guru.

The so called newspaper photographer or media photographer is much luckier a Mumbai Mirror or Midday or HTA or a DNA press card he gets entry even to areas like Lasalgaon where pictures are raining as onions , fuck it makes me weep , and the lack of newness and lack of originality but yes gifted with a high end camera he shoots eternity too.

And I never in the furthest of my imaginations ever thought I would ever hold a camera I saw Pablo Bartholomew shoot in natural light, I hated studio photography but I saw Vilas Bhende Suresh Cordo , Suresh Seth Shantanu Sheorey Mr Mitter Bedi Mr Oberoi, Nadim Naorojee Adrian Stevens Chin Win Lee and so many others I wont drop names and it helped in more ways than one.

I was lucky to have not one but three Gurus when I took the path of photography Mr Shreekanth Malushte late Prof BW Jatkar and the one and only Mr KG Maheshwari. and also my camera club PSI Of Mumbai.

So today when I see onion pictures being forced up my rectum I feel i took a better option shooting rituals Hijras beggars and body piercing rafaees and Shia kids walking on fire in a remote village of Tamilnadu at Jigdevi.


And perhaps for the first time in my life I have kept away from the rafaees and the bawas of Maqdoom Shah Baba Dhuni where the Urus continues.

And for the first time I have Muslim beggar ladies in burka pushing the kids in their arms to be shot and I turn a Nelsons eye..

I shot onions too at the Bandra Bazar Road as a record picture because I am waiting for it to reach the peak price of Rs 500 a kg...

I once bought chicken for Rs 5 a kg in the same market when people shied away from buying chicken..and the poor beggar I accost tells me Sir when will the Chicken flu return.

And last about politics they replace tainted ministers but still keep a tainted system that sucks..
People on the top get away with oratorical skills...

The difference between a photo blogger and a photojournalist is very simple both shoot with a camera one shoots with a click of his mouth .. no mouse.

The Hindus of Andhra Pradesh Walk On Fire For Hussain 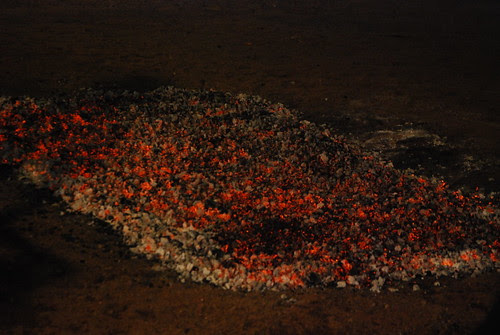 The Hindus of Andhra Pradesh Walk On Fire For Hussain, originally uploaded by firoze shakir photographerno1.

156,790 items / 1,241,542 views
I have been told by many friends to shoot the Khandak matam in Andhra Pradesh, where the Hindu community pay tribute to Imam Hussain by walking on fire ,I dont have all the details but it is not easy moving out of my work place from Mumbai.

Normally even for Ashura I leave on 7 Moharam and return by 11 Moharam whichever city I shoot , I have shot Ashura in Lucknow Hyderabad Kolkatta , Chehlum in Hyderabad Delhi and Hussain Tekri Jaorah.

Madras Ashura I shot for the longest time barefeet and in real cold weather.

Ever since I returned from Chennai I am trying not to shoot any other feast simply because I have yet not got over the morbidity of my mournful state of mind.

I shot some street stuff my grand daughter and I both shot her playschool Xmas party.

I have a lot of uploading remaining Dharmpaui street shots , Chennai street shots , my travel pictures of the train from Mumbai to Chennai and Chennai to Mumbai and my trystt with the transgender community , the people that stalk my soul wherever I go I shot them in Dharmapuri too.

Than I have the 7 Moharam juloos of Chennai a very long series that will end my Chennai picture story board.hopefully.

I upload from within Flickr it takes a lot of time and my lap top, that actually belongs to my son has not rested my comp died recently totally crashed out.