The Day In The Life Of Bandra Municipal Conservancy Staff 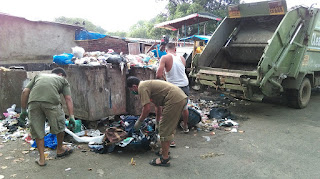 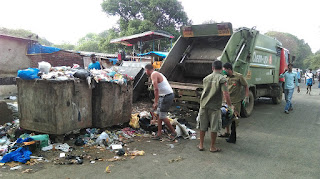 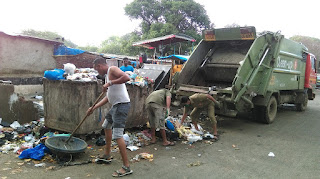 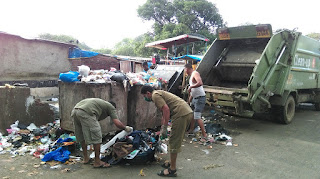 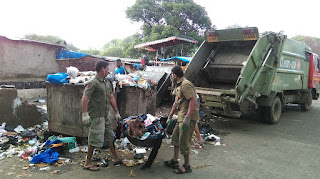 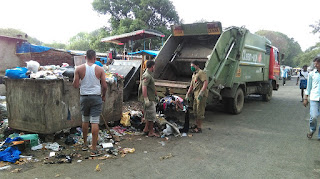 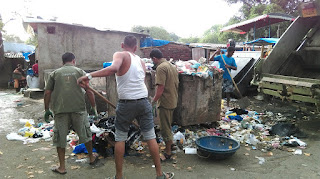 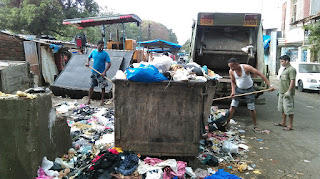 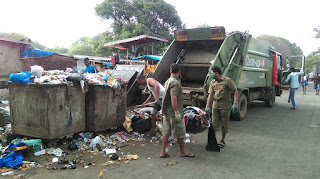 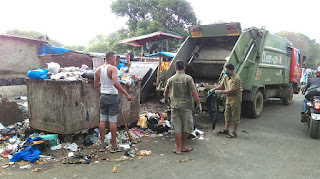 One of the richest corporations with huge money resources funds is the stingiest agency bent on breaking the back of Mumbai , it does not supply gloves , masks or safety shoes to its employees or their contract workers ..I have shot their videos working in the muck , prone to diseases , but even our laidback municipal local representatives are not bothered ,, and those who fight any election in Mumbai or elsewhere the main criteria is to make money gain wealth assets in their spouses name or benami.. public welfare is never the main option, empty hollow rhetoric masterful oratory and than the skeletons start falling out from the termite infested cupboard.. I have seen nobody really cares for the public , the only one time they do is when they come with a rubber stamp smile and folded hands ,,
Once they win the seat , it is trying hard to get a position in the cabinet or head some lucrative position ..you all know the whole story ..Mumbai is dying because of the apathy of leaders who come hick tons and are hell bent on making Mumbai a hick town too.. The Congress NCP or The BJP Shivsena combine , nobody really really cares for Mumbai.. Mumbai is well for drawing out wealth and than leave it high and dry till the next government comes ,,
I say bu id temples build Statues in the Sea , build a Memorial forHon Bala Saheb Thackeray he deserves it his followers and everyone wants his memory to live on but also at the same time along with the coastal road , build better roads more ladies toilets and at Bandra Reclamation the hub of migrants people shit every morning on a Mound off Rang Sharda ,, I am not a journalistic pro.. but I shoot pictures the only testimony of my pain seeing my beloved city going to the dogs because of the insensitivity of our silent leaders ,, one thing that our last PM bequeathed to the ruling Junta is More Silence ,,
Thank Man Moun Singh jI
ps ..the gloves and the masks they are using is bought by their own money ..lol
By Firoze Shakir Photographer No1 - June 28, 2015

Email ThisBlogThis!Share to TwitterShare to FacebookShare to Pinterest
Labels: The Day In The Life Of Bandra Municipal Conservancy Staff

Perhaps the most filthiest ugliest slums in Bandra mostly populated with Muslims and once a Congress Party vote bank , and an insult to the memory of actor Nargis Dutt is the Nargis Dutt Nagar slums and if Ms Priya Dutt wanted she could have made this slum memorable and a role model but it has gone from bad to worse ... known for all the wrong reasons .. there maybe good people in this sprawling Muslim vote bank slums but , it is haven for those on the wrong side of the law too.. and it extends from one end towards the encroached Bandra Reclamation grounds known as the Lal Mitti sllums even the pavements have been encroached with makeshift shanties ..
This is the worst slum human dwellings in Bandra West ,, the slumdwellers have built additional floors and the rents are steep over Rs 10000 a month most of the tenants are the migrant rickshawalas living 15 in a room..there is no public toilet here so the Grounds ahead are used for defecation ,,, and further ahead is a mound facing Rang Sharda where all the poor folks shit their remorse .
No political party worth its salt has done anything to improve the sanitaion or social conditions of this slum.. political sycophants have been gifted rooms in these slums for their support to the party .
Media Press come here only when there is a Fire otherwise nobody would even write an obituary to this slum,
As a street photographer I shoot this slums when I pass by in a bus ,, I have never gone in these slums but it disheartens me once it was called Chota Bhendi Bazar now it is worse than the poorest slums of Mumbra .
Even in Ramzan the holiest month in the Muslim calendar , there is no cleanliness , there is no public will among the Muslims of this area to get it cleaned all busy with their Rozas and Tarabis ,,
Now that the BJP is in power the demolition bulldozers are seen regularly illegal floors extensions knocked out , but after the lull they are back again , and the Muslims here who may have voted the Congress out of power are now caught between the deep sea and the Devil. Muslims are totally alienated polarized ..more than before ,, and these are my evaluations I maybe wrong I dont know the ground reality but this is prime real estate if all the slums are removed , relocated this place would be the most expensive place in Bandra , so the politician builder nexus wait for the CRZ to be scrapped and make loads of money... most of the politicians have real estate benami companies ,,,finger in ever lucrative pie .. even the main social activists that once had a common plank have now joined political parties that sponsor or patronize them I was told this by an ex corporator and vast chunks of public property balwadis have been gifted to lackeys as I am not a political blog , I hardly delve on subjects beyond the scope of my photography, I document Mumbai Slumbai.
Bandra will soon be only for the rich super rich , as all the slums will disappear , towers are already coming up in slum lands , at Bandra Reclamation .. and Pereira Wadi is still lying in limbo neither here neither there ,,
And on every birthday of Ms Nargis Duttt I wonder if the Nargis Dutt Nagar slum dwellers remember her or try make her birthday memorable with well cleaned streets and surroundings .
And for once I hope Ms Priya Dutt reads this in her luxury room in her Ivory Tower and it is this negligence , this apathy , this lack of humanity sensitivity that decimated the Congress from Bandra ,, and the loss of her seat.
I hope Ms Poonan Mahajan reads this too I have yet to see her pat the head of a slum dweller ,,,or even make a special appearance in our area ...,,the Muslims thank their stars that Advocate Ashish Shelar our MLA is approachable how else would the poor contact Ms Poonam Mahajan who lives at Worli...and her standing from our constituency was merely a formality and the surge of a soon to be forgotten Modi Wave.. parachutes to have to come down to earth sometime or other...
I dont belong to any political party and do not have benami rooms in the slums of Bandra ... but I live in a building that is worse than the calamitous conditions of a slum..
Happy Morning Happy Sunday