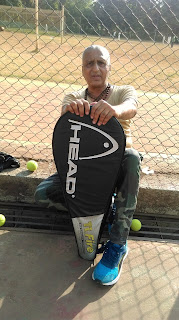 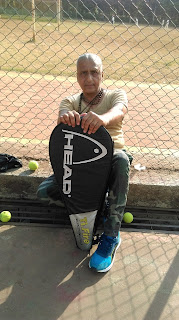 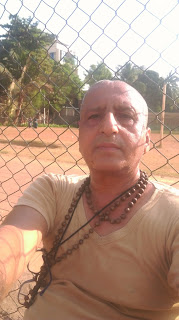 Played rigorous round of tennis with all the three instructors Rohan PawarDarshan Bendal and Mangesh Dhotre. All three go out of the way to teach me my strokes and technique .
After that I took a few rounds with Mr Sudesh Dubey Shakha Pramukh ShivSena Bandra .
Finally some shopping chores for wife mince .shoulder mutton and a buffalo tongue for my cousin who is our guest she will cook and roast it Lucknowi Style and Avadhi zaika.
My breakfast is bhindi ki bhaji and rotis next I have to rush to my mentor Mr Shyam Shroff s house one of the most dapper dressers and a tremendously beautiful human being ...a lover of photography ...too .
By Firoze Shakir Photographer No1 - March 31, 2016 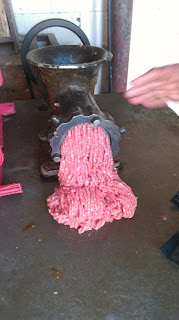 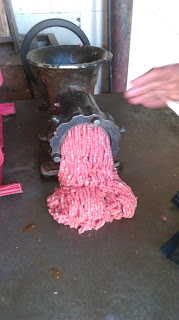 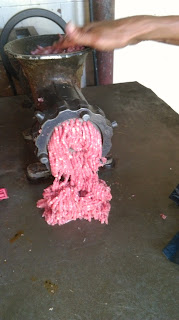 Though we hardly ate beef those earlier days before the Beef Ban I have been very close to the Beef Butchers I bought beef for my Alsation Dogs early 80 s and those days the butchers from the Bandra Bazar would drop the same at the company flat where I stayed at 28 th road Bandra .
I used take about 2 kilos a day good beef not leftovers I got a good discount and paid them monthly .
Now I stay close to the Bazar after the Beef Ban I began shooting their pain their struggle interviewed Intezar Bhai and his son convent educated Imran .
Sadly the Beef butchers owners Kureishis like the mutton butchers fought a lone battle as there was hardly any support coming from the others ..the Bakra Kasab jamat were in sync with them gave them moral support but the protest was singularly fought against the government by the Beef butchers .
The buffalo meat of the water buffalo has hardly any takers the main beef eaters of steak etc the Christian s I was told are not as crazy about bufffalo as they were about beef ..the hotel guys too don't much care for buffalo meat and the Dalits now buy cheap chicken that the chicken butchers sell at a hefty discount ...there are several stalls in the evening selling all this here and at JJ colony too..Most of the Beef shops in Bandra closed down ..even in the slums near Slaughter House or Shastri Nagar there are a few shops you can count them on the fingers of your hand ..
I was speaking to a buffalo butcher at Slaughter House he said they were threatened by rogue right wingers and were worried about false cases if they did not give in to the extortionists .
He was planning to move out of this trade and was asking me if there was some job in Bollywood ..he looked like a tired defeated man.
I already told you about the butcher at the Bazar who sells tea..he moves around like a zombie but he has to do something .
So this is in brief the day in the life of a beef butcher ..caught in the grind of life remorse and despair . 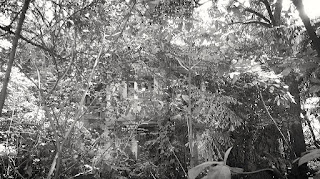 This ramshackled property in the green belt of Bandra has many unforgettable memories .
Late Mr Hendriques lived here was my good friend he had once crazy obsession he wanted to mate a white rat with a squirrel as he would explain to me that both were rodents .
He was a very close friend of Mr Marquis of Marquis pets and Marquis and I were very good friends in the 80 s Marquis made my 6 feet fish tanks a huge cage in iron for my Alstaian dogs but when the tide turned and I left this 3 bedroom company flat at Linking Road Bandra I gave my fishes tanks to a doctor an ex Mayor of Virar the cage and both my Alsations Sasha and Casper to Appa Sab Mr Hitendra Thakur brother of Bhai Thakur years later I met him to inquire about my dogs but he was truthful he had no memory of them he had sent them to his farm .
After several years I again tried to keep Flowrhorns two huge tanks but I was not lucky all of them died I have given away both the tanks decided to take a break from fishes and Kurla East ...now I only take care of Marziyas white and colored Java Sparrows .
I never kept dogs again though I had a few imported Persian cats in the 90 s this too I gave it to friends ..my eldest son was allergic to hair and I let them go .
So when I pass St Martin road I stand outside this crumbling edifice and remember all my talks my curiosity with late Mr Hendriques .
So photography as I see it is not just shooting pictures but a form of holistic catharsis earlier I was a juvenile I called it blogging but now I think.it is simply adding words to an existing form as original content and let it be 're read as a street story .
I shoot I simply shoot I have no method I shoot moments as fleeting memories and it is purely impulsive .
I also shoot what a part of my cosmic brain tells me not to shoot .
Most of my street images are shot on the mobile phone ..as is where is .
I miss shooting on film I miss my favorite Ilford Delta 100 ASA I miss Velvia 50 I miss shooting on expired rolls gifted by Mr Richard Kelep of Kodak I would push them or pull them advised by late Prof BW Jatkar he was the most instrumental of all my Gurus making prints at Bhai Humne Swastik Color lab ..going to Mazda coaxing Mr Onkar Plaha and to Color Art ..slides to Alvares at Mahim .
Mahindra Patil a brilliant genius did my BW processing once a disciple of Mr Jatkar .
Satyndra a Bohri guy called Bawaji and Mr Kishore Jothady were kind enough to encourage and do the BW prints I have a huge lot of my prints negatives slides I have kept them for many years now ..beneath my bed .
A journey that began and now it has ended I thought of buying an old FM10 for my 7 year old granddaughter Marziya to show her the crispiness of film but I gave it up...if she gets hooked wife will throw me out of the house ...
So a single isolated image shot without rhyme or reason can psychologically become a time machine for pent up thoughts buried deep under the sub consciousness .
Do you also feel this way I always thought poetry and madness are the two unique gifts of photography ..
Now I get ready to go kick my ass play some tennis .
Happy Morning from ramshackle mind of memories I mean mine of memories.
By Firoze Shakir Photographer No1 - March 31, 2016

Bandra Bazar Road ...A Myth I try to Decode 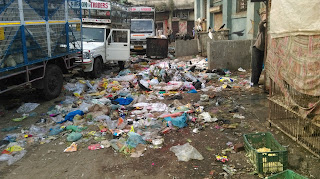 The garbage dump close to this beggar poets abode ...garbage that disappears and than 're appears faster than auto mode ...when the dumper and the chicken trucks come face to face this notorious infamous Bazar Road gets closed ..adding to our woes ..politicians who took our votes empty promises our friendly foes...our dreams of progress and development in deathly throes ..this garbage dump is a blessing in disguise for goats dogs cats and fucked hungry crows ...on my timeline besides garbage nothing else to show ...now for a meeting to Pali Hill dude I have to go ...