The True Believer - The Beggar At The Maha Kumbh 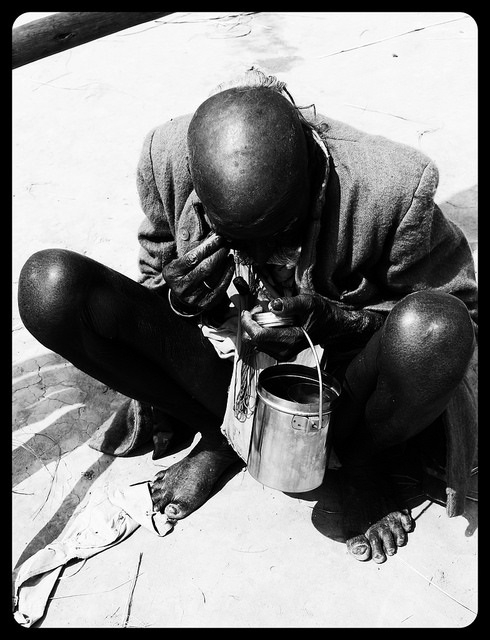 This is the first time I shot an event the greatest event , I was close to Sector 4 Juna Akhada and the banks of the Sangam.

This being a predominantly Hindu event the beggars were Hindus and perhaps the lower caste ..
There were no Muslim beggars and in Mumbai at Banganga during Pitru Paksh another Hindu event ..you will see Muslim men women children asking for alms on the steps leading to the Banganga tank.

I say this because I shoot Muslim beggars as a docu thesis in pictures .

The beggars at Maha Kumbh came with great hope , and in most cases they were robbed of their savings and belongings by criminal elements.

On the day I came to Allahabad to shoot the Maha Kumbh I distributed woolen  shawls , chadars that I had carried with me , some I gave my Naga Guru to give to his poor chelas .

With my Naga Guru I draped the chadars coarse cloth on the sleeping beggars near the banks of the Sangam.

Mind you this was February 13 bitter winter chill , and than it rained heavily after the Shahi Snan on Basant Panchami, a lot of people lost their goods in this unpredictable rains ... the vermilion sellers mud clay sellers , grain sellers were badly hit.

Even the floor of our tent was knee deep and the contractor had us shifted to safeer sections of his camp.

I returned to Mumbai immediately day after Basant Panchami.

All in all this is my photomemories of the Maha Kumbh ,, by a beggar poet .

Email ThisBlogThis!Share to TwitterShare to FacebookShare to Pinterest
Labels: The True Believer - The Beggar At The Maha Kumbh 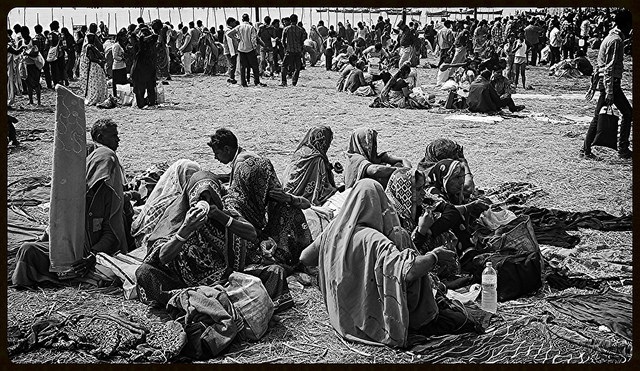