The Mahatma On Hussains Heritage 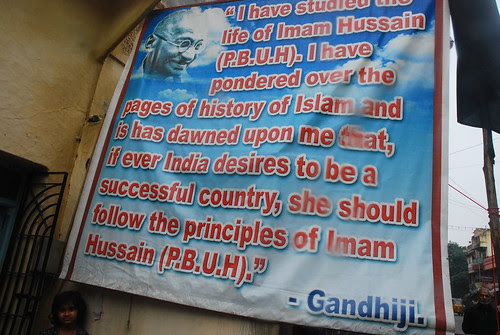 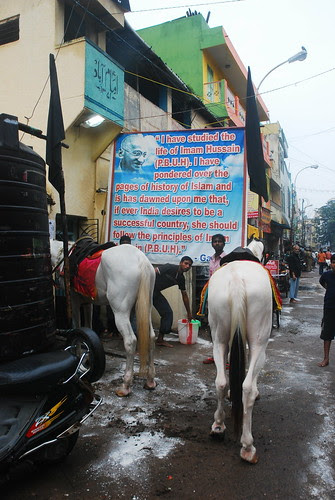 The Heavens Tremble When The Shia Cries 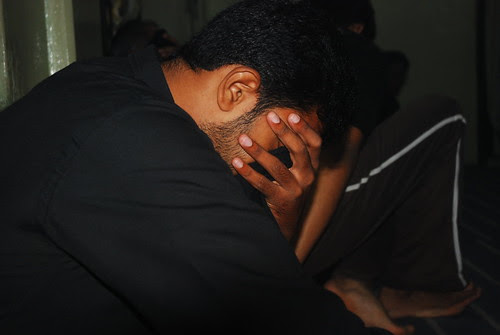 The Heavens Tremble When The Shia Cries, originally uploaded by firoze shakir photographerno1. 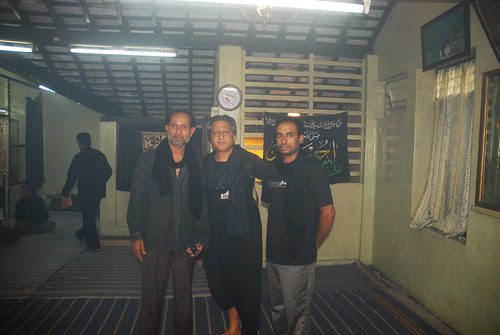 The Barefeet Blogger And The Shias of Chennai, originally uploaded by firoze shakir photographerno1.
By Firoze Shakir Photographer No1 - December 19, 2010 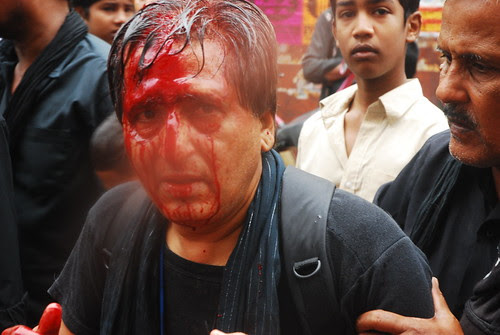 With the camera hanging around my neck , I took a dagger from a Shia man, leaping into the air I wielded it on my head twice thrice before it was snatched from my hands and thus began my dance of death Tandav on the soul of Shimr..

Yes I use Indian metaphor, and I am proud to be a Hindu Shia born in India bound to the cultured ethos of Hindustan the land that Imam Hussain wanted to come to, in order to avoid bloodshed among Muslims , and because God could not change the Destiny of Humanity as it bled in Karbala to appease the soul of Princess Fatima Zehra , mother of all mothers he in his omniscience created the Hindu Shias Shias from the revered land of Hindustan.

This is my interpretation poetic as well as human, and this year I came to Chennai to shoot and showcase the pain of the Chennai lover of Ahle Bayt..

Without the Shias of Chennai , I would have not been able to showcase this documentary of pain this documentary of Ghame Hussain I am grateful to Ashfaque bhai Dubai who connected me to Mesaq Moulah Ali Channel, Musayb and last but not the least Dr Abbas Ali Meer son of Late Ali Master ths son of the soil of Chennai is not only a doctor but a great Zakir e Ahle Bayt and Shia scholar fluent in Tamil too.. a language I have decided to learn one day ..

Every Shia from Chennai helped me on the way, they were courteous ,extremely hospitable and austere in their approach yes though they are supposed to be only 10000 I counted them as over a million , in their fervor and intensity unmatchable and incomparable..

This is my humble tribute to the Shias of Chennai each and everyone of them..

This is my new set at Flickr.com, I shot 7 Moharam Juloos Ag Matam at Jigedevi Krishnagiri and all this I shall post later once I complete the Ashura procession ..juloos on the streets of Chennai.. 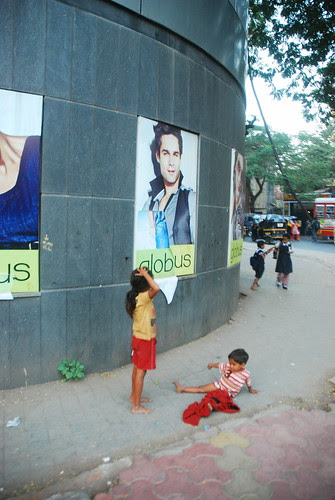 choked like
little fishes
in a muddy
dried out brook