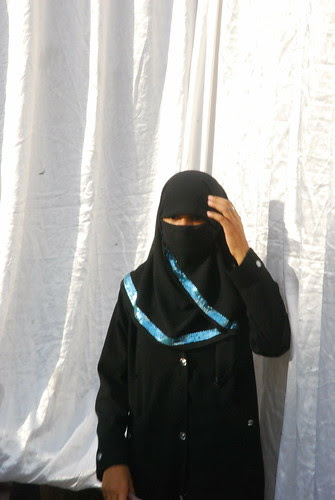 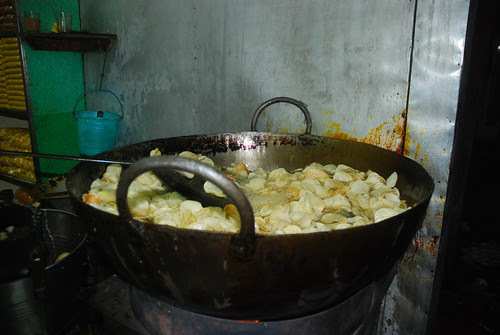 The Hijab Up Close 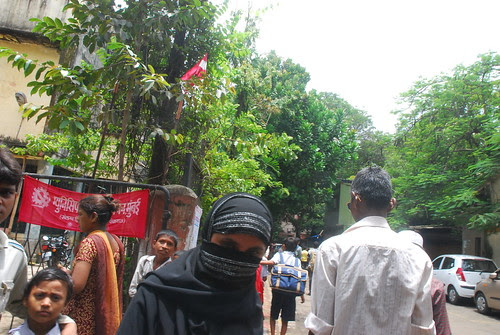 The Hijab Up Close, originally uploaded by firoze shakir photographerno1. 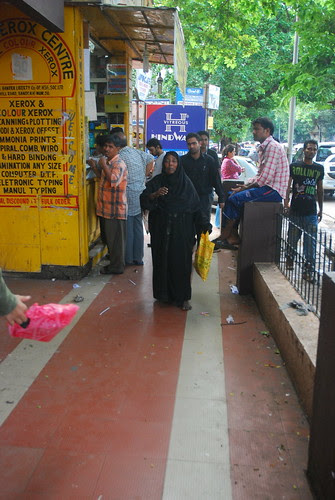 Now I only hope you dont get carried away seeing my pictures as person who commented on my post at Facebook, I have not removed him from my friends list.


When I shoot a beggar I am certain she is a beggar even if she is sitting next to a stall or standing next to a shop like this one ..I saw her begging from my workplace and rushed from the further end to capture her pain in the silhouette of the hijab.

Just to inform you she does not own the shop..nor the one I shot at Mahim own the stall, I know all the beggars at Mahim and I think in all humility most of the beggars know me at Mahim..

Beggary is nothing but body language of the human soul in pain and I think at the age of 58 street smart I am I know a Muslim beggar from the non Muslim beggar goes without saying.

The sanctimonious finding excuse Muslim brash bigoted and arrogant loves to say the lady in the Hijab is actually a Hindu begging for alms.

Possibly but I am not going to add insult to injury I shot a Muslim womans pain real and metaphoric , and she has a right to cover her shame.

But than I oppose the wearing of the hijab when a college girl presumably from the local college goes on the rocks off Carter Road with her guy to have a good time ..the rest you know.

Why wear the hijab and humiliate us in such a way do it openly ..the shameful act I mean so dont read me wrong.

The hijab is a garment of respect of humility and a woman's chastity as I see it and when she begs on the streets she reminds me of her universal pain , her bad times her penury..I think women Muslim NGOs must talk to them find out the cause and do what has to be done.

I often tell them to go to the local Mosque but they are driven away from there they tell me and I talk not about giving them alms but rehabilitation both by society and the government.

Yes I shoot beggars and show you what you are not willing to see on the streets , you rush for the Juma Namaz , which is Wajib but forget the pain of the poor Muslim woman once you rush home from the Masjid.

I am ashamed to write about Muslim beggar males who are fit and hardy who hang around hotels where Arabs stay , accompanying their wives and kids and making them beg too.


Beggary in most cases absolving the few genuine cases is a small time home industry.
Sometimes it is powered and controlled by the beggar Mafia its not part of my research I shoot pictures but dont insult my intelligence by telling me a lady who I captured at Mahim Dargah Lane begging is a owner of a stall.. 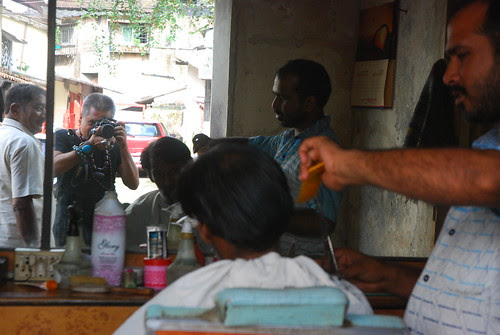 Barbers is a set on Flickr I have shot the street barber extensively , I have shot a child's religious Mundan and a couples Religious Tonsure at Haji Malang my best pictures of this ritual..

I never got another opportunity to shoot the tonsure at Haji Malang ever again.


The one place you can shoot the largest numbers of barbers in Mumbai on one single day is Pitru Paksh at Banganga Walkeshwar a day before Navratri begins.

This is a once in a life time scene for a Mumbaikar like me ,in the South there are temples like Tirupati but I have not shot there as yet.

This barber shop is at Chinchpokli Road at Bandra I like to shoot here once in a while as I can add my signature shot to the frame.


I would shoot the kid barbers near my house on road side saloon but I stopped it completely.

Nor do I shoot the roadside Bandra Reclamation barbers.

Going bald is a pain in the ass I prefer long hair but the Mumbai heat made me shave of my scalp..being a diabetic I am prone to boils in my head so this was another reason why I went bald.

Armpit shaving is classical art and it is like shooting a live poem being composed.

I have written many a poem glorifying the Induan male armpit that it stinks like a sewer in the local trains most of the time is not part of my poetry.

The railways with or not without the armpit have caused quite a stink whether you call it an accident or a sabotage.

The ministers nor rogue trains ever stop at the station is a understatement of life and the tragedy of our times.