I Am Waiting For Moharam 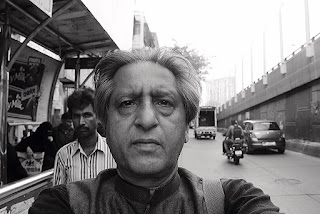 the aromatic essence
of pain ashura the  bleeding
head the slithering dagger
no more numb a month
of introspection that we
wholeheartedly welcome
the chant of hussain
gains momentum ..
a heretic a rafidi in their
eyes ..reliving the imams
martyrdom ..2 month
eight days clinging
to the soul of  karbala
an aggrieved mother
her words of wisdom
her tears we become

Email ThisBlogThis!Share to TwitterShare to FacebookShare to Pinterest
Labels: I Am Waiting For Moharam

The Marathi Cobbler - They Took His Vote And Gave Him Thulla 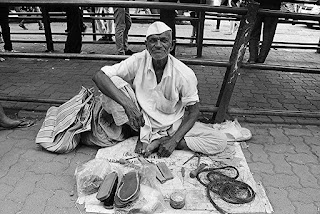 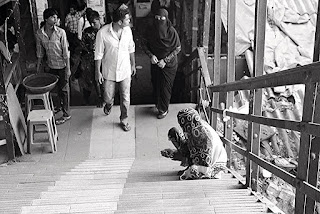 brings alive moments
that were about to die
symbolizing the soul of
poetry through a picture
on the sly ,.i could have
let this moment go i wont
deny ..but the moment held
me viciously magnetically
energetically holding my breath
held to the slits of her eyes '
two muslims one well off
the other begging on the
steps letting out a sigh
hope on either side of
the same coin that she
may or may not pass it
across to her ..sleigh of
my eye ,, mind over matter
thoughtlessly plundering
the poverty of my soul god
alone knows why..i can
only shoot what i was
destined to shoot ,,
hereby ,, recklessly
i tried ..between her
the beggar lady me '
a fathomless divide 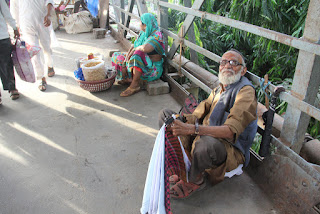 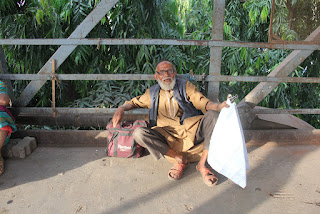 He has been selling hankies for last 60 years , and we met recently and he told me his tragic life story, he spent all his money on his wifes terminal illness sold off everything ,,his wife did not survive and he has been selling hankies .
This time he was very happy to see me , he normally offers me tea , I buy some of his hankies and give it to the beggars for Friday namaz.
He is a very peaceful Muslim , he has no ego, totally down to earth, he is God fearing but he boats to all the vendors about his friendship with me , he was more excited as he saw the movie where I play a cameo with Shahid Kapoor ,, so now he really felt happy ,, and he is poor , but always clean ,always fresh.. and I ruffled a myopic Muslim through a comment on a post on Shastri Nagar slums , the ugliest filthiest in Bandra , all I happened to say to my friend Merck D'Silva who posted the picture that Islam as a religion preempts cleanliness we have wuzu, istanja cleaning of the private parts after urination and yet Muslim slums ghettos are the dirtiest totally unhygienic and why do the Muslim leaders clergy not emphasize this important aspect ,, to the slumdwellers ,,I mean we cant just blame the Municipality every time and this so called social activist thought my comment was communal made me puke all over my shirt front.'
So when I see this hanky seller a slum dweller to I feel gratified , we have to change for the greater good if not now than when.. distributing note books to poor children is the only contribution of our leaders if only they could distribute some common sense to the parents too.
Every Muslim ghetto and I cannot be wrong as I have pictorial evidence, is always ugly , and I talk of my backyard ,, where I stay it matters to me ,, as a senior citizen and a concerned one too.
I respect this hanky seller , he once told me he was very sick with high temperature but he came to work selling hankies for Rs 20 , he said he would die before he stretched out his hands for begging.. I felt like touching his feet ,,,These are the humble heroes of my Blogs ,, away from Bandra