I met Jesus in School and I still meet him wherever I go . 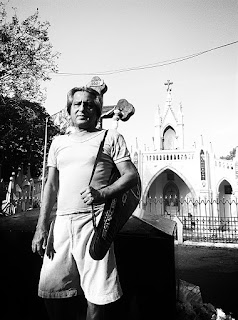 I met Jesus in School and I still meet him wherever I go .
Does he follow me or do I follow him I do not know on the Soul of my street poetry he grows ..what I could not see to my cosmic camera eye he shows ..touching the essence of my nature as the winds blow ..I found him at John the Baptist Methodist Church Colaba in 1955 ..he let me in through the doors ..and later at the sacristy of Holy Name Cathedral when I met Fr Leslie Ratus his wisdom I stored and than my alcoholic stupor Yacht Casbah Irani he held me did not let me drown pulled me out of my drunken dilemma thanks to the jazz notes of Uncle Joe of Waroda Road .
So now I Shoot Jesus in all his forms summer winter downpour .
Jesus too is the name of Humanity essence and the core ...blood sweat tears iron and ore ..
By Firoze Shakir Photographer No1 - February 08, 2016 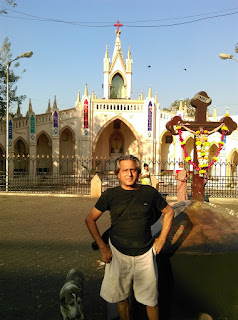 After my tennis session got over I walked from MET Tennis Courts towards Peter Dias Road and from there walked up the steps towards Mount Mary and exited out through Kane Road to Bandstand promenade I met a friend Asif Khan and we continued the walk towards Waroda Road we parted at the Bazar and I headed home .I completed this walk in 1 hour 23 minutes I did not shoot much .
By Firoze Shakir Photographer No1 - February 08, 2016

Searching for the Restless Soul of Man at Bandra Talao . 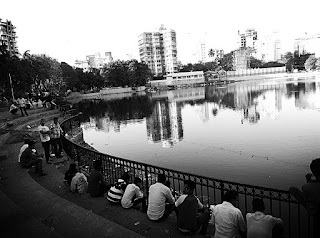 The Man Who Walks From Juhu To Dadar With this Board . 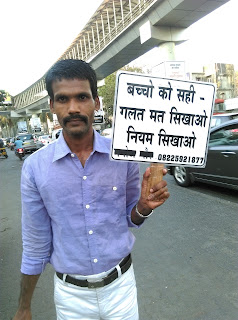 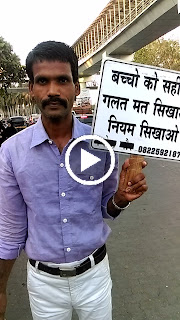 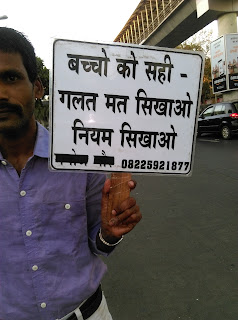 I was buying bloodworms for the flower horns at Sweet Home Aquarium Bandra SV road I called him out talked to him and began shooting his video he has been doing this on his own creating awareness about child care ..don't teach them about good or bad but first teach them good values ..He is from Gwalior MP .And this was a street story I shot I had seen him before but we could not connect ..and I realized as a street photographer I can only shoot those stories that God wants me to share with all of you and I don't really need my DSLR s for stories such as this that cosmically activate the third eye of Shiva in my camera phone ..you have to first shoot pictures that automatically become street stories I call all this poetry of Life my prodigious prolific Bandra Blogs .
By Firoze Shakir Photographer No1 - February 08, 2016

I am the Resurrection and the Life 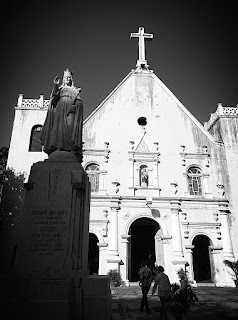 When I was very young studying at Holy Name High School I got beaten by my father I was a mischievous child ,, I decided to run away from home ,, I was very close to Fr Stephan Nazareth and he had moved to St Andrews Church Bandra ..so I took a train to Bandra walked to the church and met Fr Stephan Nazareth I did not want to go back home ,, I used to call this father the singing priest and those days he taught me Catechism the subject that I had voluntarily opted for instead of Moral Science ,,at our school.. so he had made a great impression on me ,,those days .
He fed me than took me to Bandra Station gave me some money too and told me to go home ,, and that one kind deed changed my life forever ,, I never forgot him and a few years before his death I shot his pictures he had moved to RC Church Colaba ..through him I got a chance to shoot the Afghan Church too.
Fr Stephan Nazareth was a great humble soul,, and one of the reasons why I cosmically bond with this iconic 400 year old grand church.
After Fr Stephan Nazareth it was late Fr Peter Drego who I befriended at a function of Jesuits at St Peter Church and we remained friends till his untimely death..
This was a blank post merely a picture and it was my life and my resurrection back to life thanks to Fr Stephan Nazareth.. I had planned to leave Mumbai and never come back.. but he sent me back home ,, a childs memory that re awakens each time I shoot this church.
I thought of sharing it ,, with you. 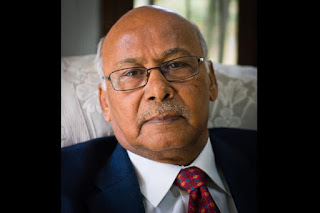 image courtesy from the net and text too


Born on the 28th of April, 1942 in Vinukonda, in the southern state of Andhra Pradesh, -
Mr. Krishnamurthy graduated in History at the Andhra University.
In 1968, he joined The Calico Mills, a big textile name in the 60s and 70s, to assist Smt. Giraben Sarabhai. In 1972, he moved to their Advertising Agency - Shilpi Advertising, as an Account Executive.
In 1976, he moved to Reliance Industries, as their Advertising Manager.
Four years later, on the 25th of March, 1980, he founded Mudra Communications as its Chairman & Managing Director.
In 1989, Mudra became India's 3rd and the largest Indian advertising agency.
The agency's two major brands, Vimal Fabrics and Rasna Soft Drink Concentrate have been nurtured by him from infancy to their current status as two of India's leading and most recognised brands. Vimal and Rasna have been joined by many more Indian brands who are today, leaders too in their own categories.
In March 1991, he set up Mudra Institute of Communications, Ahmedabad (MICA), the only advertising institute of its kind in Asia. MICA was set up to feed the growing Indian advertising industry with trained talent.
A couple of years later, he set up Mudra International. It was again a pioneering step. The first time an Indian agency opened shop on foreign shores.
The agency has over the past 22 years received 844 awards and accolades including The Agency of the Year Award, which Mudra has won for 6 years.
In 1995, Mr. Krishnamurthy was nominated Advertising Person of the Year, by A & M, India's leading marketing journal.
In 1997, he was inducted by The Advertising Club, Calcutta, into their 'Hall of Fame'.
The British Magazine' Media International' in December 1998 nominated Mr. A.G.Krishnamurthy as one of the 25 key figures of the international advertising industry.
In 1999, he was awarded the prestigious AAAI - Premnarayen Award in recognition of "his pioneering spirit and entrepreneurial vision".
In 2000, he established the country's first online reference library for advertising - MAGINDIA.COM
In 2002, he was inducted into the 2002-2003 edition of International Who's Who of professionals.
In 2003, he was honored by MAA TV and the Chief Minister of Andhra Pradesh as one of the top Andhra born achievers.
Retired from Mudra on 31st March, 2003, Mr. Krishnamurthy is currently The Chairman of AGK Brand Consulting.
The father of four children, three daughters and a. son, Mr. Krishnamurthy lives in Ahmedabad and Hyderabad with his family.


Mr AG Krishnamurthy died last Friday ,,
Thanks to him I got the opportunity to fashion style the Only Vimal Reliance Summer Winter campaign of Mr Kabir Bedi ..at Mudra ,, but I guess I had to leave Mudra after completing the campaign I could not get over my alcohol dependence ,, and I got back into my own tailoring field I have not touched a drop of booze since over 17 years now .
Thank You Sir for changing my life .. RIP ,,,