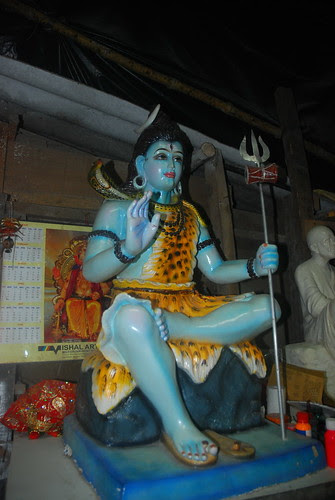 Significance of Maha Mrityunjaya Mantra
Devotees strongly believe that proper recitation of the Maha Mrityunjaya rejuvenates, bestows health, wealth, long life, peace, prosperity and contentment. It is said that chanting of Shiva Mantra generates divine vibrations that ward off all the negative and evil forces and creates a powerful protective shield. Besides, it is said to protect the one who chants against accidents and misfortunes of every kind. Recitation of the mantra creates vibration that pulsates through every cell, every molecule of human body and tears away the veil of ignorance. Hindus believe that recitation of the mantra ignites a fire within that consumes all negativity and purifies entire system. It is also said to have a strong healing power and can cure diseases declared incurable even by the doctors. Many believe Maha Mrityunjay Mantra to be a mantra that can conquer death and connect human beings to their own inner divinity.

The Maha Mrityunjaya Mantra
The following Maha Mrityunjay Mantra has been taken from the Sukla Yajurveda Samhita III. 60. The Mantra is addressed to Lord Shiva and is a centuries old technique of connecting one to pure consciousness and bliss.

Meaning:
Om. We worship The Three-Eyed Lord Shiva who is fragrant and who increasingly nourishes the devotees. Worshipping him may we be liberated from death for the sake of immortality just as the ripe cucumber easily separates itself from the binding stalk.

Explanation:
The mantra is a prayer to Lord Shiva who is addressed as Sankara and Trayambaka. Sankara is sana (blessings) and Kara (the Giver). Trayambaka is the three eyed one (where the third eye signifies the giver of knowledge, which destroys ignorance and releases us from the cycle of death and rebirth).

Best Time to Chant
Chanting the Maha Mrityunjaya Mantra with sincerity, faith and devotion in Bramha Muhurata is very beneficial. But one can also do Maha Mrityunjaya japa anytime in a pure environment with great benefit and discover the happiness that's already within

Your photostream is like flickr within flickr. One should explore only your photostream instead of whole flickr. I enjoyed it going through each and every pictures and it will take long to go through 91k photos. Thank you very much for posting such a large collection. I am feeling like I am wasting time here in USA and II should come back home. Thanks again.

I have immortalized his message through this picture of Marziya Shakir, we both were at Mount Mary Fair shooting another important cultural event that touches us all at Bandra.
This was Marziyas first time at the Fair, she was with me for two hours eating black channa and Fruitee.

She took a few tame rides at the Fair and we returned home dead beat..

Thank You Sadaf , I shoot what I see and it touches me as it touches you.

I thank you in all humility for your message.