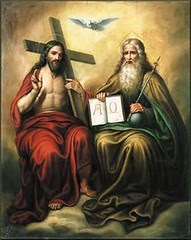 
Dear White Father you read a few of my poems
My forum quotes you came to a conclusion I was
A mischief maker with an agenda to destroy the site
A little puny little brown man shaking the august pillars of poetry.
Than you said dear Father that my poetry was not good enough to be called Poetry
And that to be better understood I should write in my own language, but tell me would you really wait that long to learn my language as I learnt your own, succumbed to it for Life..
Who gave you the right to pass judgment on me, do you feed and clothe me, where you there when I needed you most, the early days of living in a hovel and reciting of the
Englishman’s Racist nursery rhymes Ba Ba Black sheep.
More so, your handmaidens who have been thrashing me in each mail, proclaiming that
Dear Father you are everything but not a Racist..
I leave that to your conscience, but being White you need not bother about Conscience
We colored folks were born to redeem the sins of those who killed the Messiah, luckily none were Indians at Golgotha..
Dear Father do read this as stilted prose and stunted poetry of a brown soul going black

The Hijda Soul born in Captivity

The Hijdas in Mumbai are quintessential part of the citys ethos and its existence,
the Mumbai Hijda who claps his hands, moves about in groups, lips made up, a mangal sutra round his neck that shows he like any other woman loves to boast of his matrimony..yes whether married to man or a toy boy the Hijda is married to pain, the duplicity of his gender, the dichotomy of an in between, neither this nor that.
A speck caught in between two lines..
The Hijda has a history , ethnicity unlike the transgenders in the West..earlier the Hijda was castrated a painful journey into becoming a part woman without any menstrual machinations, but now she has come of Age..
The Hijdas are changing rapidly , becoming aware of their battered human rights, their racist plight, they are treated like vermin , a stigma , a taboo..
The Hijda in the old days danced when a new baby arrived, and they knew this even before the relatives did, they danced took baksheesh known as Badhai..
They are considered as good omen for births and marriages , every new born baby house has a mark with Pushpa or Baby or Sona written on the door signifying that the Hijda has taken the birth money from this particular house.
The Hijdas were derogatorily called Chakkas , sixers , and children would abuse them , cat calls etc , the Hijda in anger would lift her petticoat and expose her genitalia this was bad omen or curse of the Hijda.. old mothers tales..
The modern Hijda is net savvy, the metro sexual hijda, the highest paid are the Mujra performers who dance at private parties , and bring the days of yore, the days of the Tawaif , or Umrao Jaan..
The Hijdas are born with dancing legs , some are so beautiful that women die of envy..visit my Hijda gallery at my homesite and you will see that I am not bull shitting..
www.photographerno1.com
The Hijda net work is swifter than the cybernet, they know when a mother gives birth to a hermophrodite , or a eunuch, immediately they take claim of the child, as the poor mother of the gender defective child in rural India considers this birth a taboo..
I have shot child eunuchs , like Mona , who incidentally was bought up by rich affluent Hijda mother and a normal father..She lacks nothing , her sister about 5 years is a eunuch too..
They guard her , they the Hijda community is very protective to the young Hijda siblings..The Hijda carries pain in a mud vessel, a vessel where the pottter dozed off , and thus came forth the travesty of Poetic injustice .. the Hijda was born..
I write about this Hijda soul..if I am not writing about racism in poetry..

A woman’s soul languishing
Enchained manacled maimed
Imprisoned
In a male body
Pain burnt into her flesh
Entombed ironically
Engendered pain borne
With rectitude
Enwombed
Testicular tragedy
She who dresses
her despair in the folds
of her red saree
She who hides her blemishes
Within the thorny branches
Of her subtle masculinity
She who begs at traffic signals
Lights of flickering depravity
No escape no immunity
Sabotaged excommunicated
A taboo a stigma a human
Caught in transgendered duplicity
She also sells her feminine
Fleshed out wares
to anybody
the macho men, hooligans
in khaki who take it free
she who begs on Indian trains
from one compartment
to another bordered walls
of a eunuch city
A man a woman a hijda
Gaudiness disembodied
A wasted seed that
Withers before becoming
A flowering plant
A hijda embodiment
Of a soul born in captivity
Dies standing in her grave
Her feet bound to the soil
Of her earthly paternity
Bhaichura Ma the Hijda Goddess
Her cosmic consciousness
Her Karmic Dharmic eternity

English Hate for the Native. 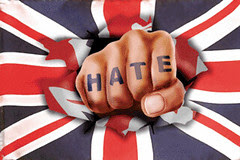 English Hate for the Native.
Originally uploaded by flickr photographerno1


what bullshit
to wit
caught between a clit twat and a tit
white man who hates
indian poets who
write in his language
he loves to run down and spit
searching for forum quotes this twit
to racists in poetry
his aussie friend he gives a clean chit
soon life will come to an end
darkness at dawn shadows unlit
this slithering slimy serpent of a poet
who lives in a poem hunter snake pit
disemboweling his intrinsic hate
dying poem by poem, day by day bit by bit
this racist repulsive bedridden brit
living in a dreamy fools poetic castle
truth of his bigotry he wont admit
he is nothing but a slovenly sucked up
shit head on the face of it...
in love and racial war everything legit
english hate for the native unholy writ
this may be you if the cap fits

dedicated to a viking goddess ...

what rhymes with allen james saywell 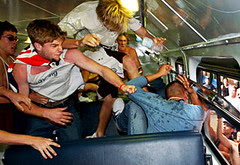 what rhymes with allen james saywell

a cause that needs not rebel

Thank you Mr Devine..this poem inspired by you.. after I rated your last poem month..10